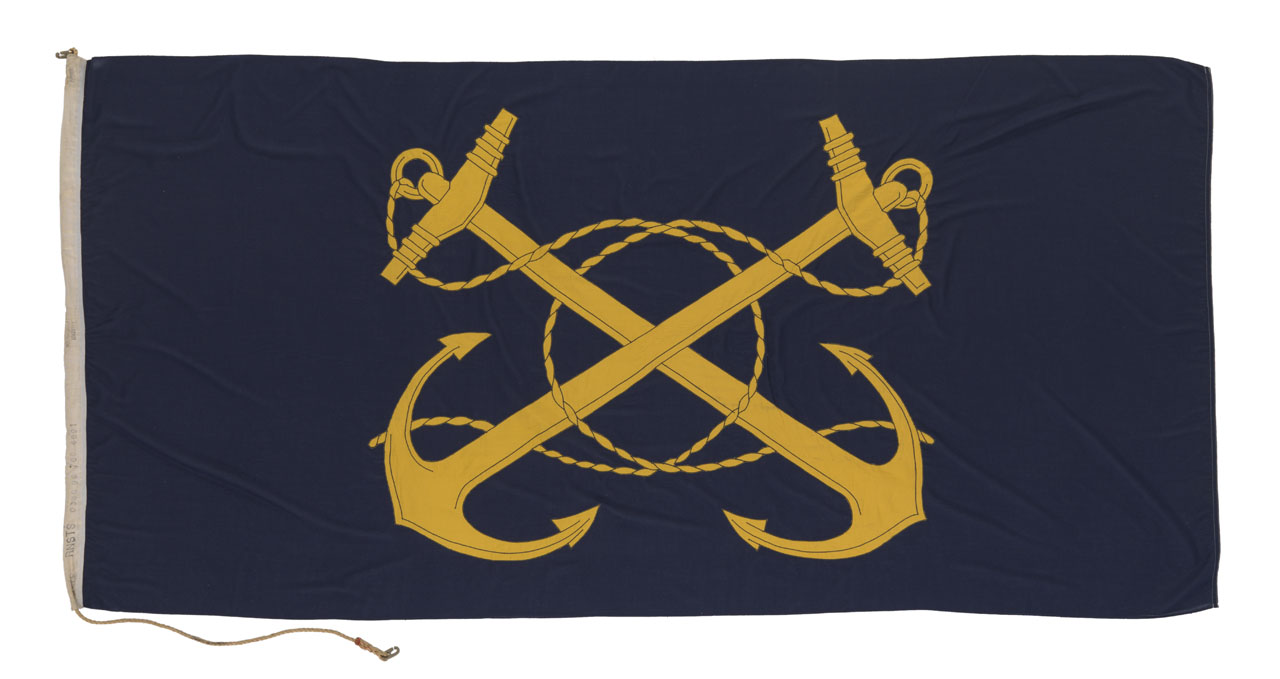 House flag of the Royal Naval Supply and Transport Service. The design is as follows: 'upon a field azure two anchors in saltire, that in bend sinister surmounting that in bend dexter fouled with cables interlaced all'. The anchor design is made in cotton fabric applied to the synthetic fibre bunting of the flag which is completely machine-sewn. A rope and brass Inglefield clips are attached for hoisting. Printed onto the linen hoist: '9 x 46 RNTSTS 0330 99 766 4691 1990'.

The Royal Naval Supply and Transport Service was a logistic service founded in 1965, incorporating the Directorate of Stores (Navy), Directorate of Victualling, Directorate of Armament Supply and Directorate of General Supply and Transport (Naval). After the Falklands conflict, it was decided that an official flag was needed for campaign parades. This request was granted in 1983 and a design was produced by the Naval Historical Association and the College of Arms. The flag was first hoisted on 13 July 1984 at the RN store at Copenacre. In 1996, the RNSTS was abolished and most of its role (excluding Royal Fleet Auxiliary Management) was taken over by the Naval Bases and Supply Agency.
Back to Search Results
Buy a print License an image
Share:
Link copied to your clipboard!