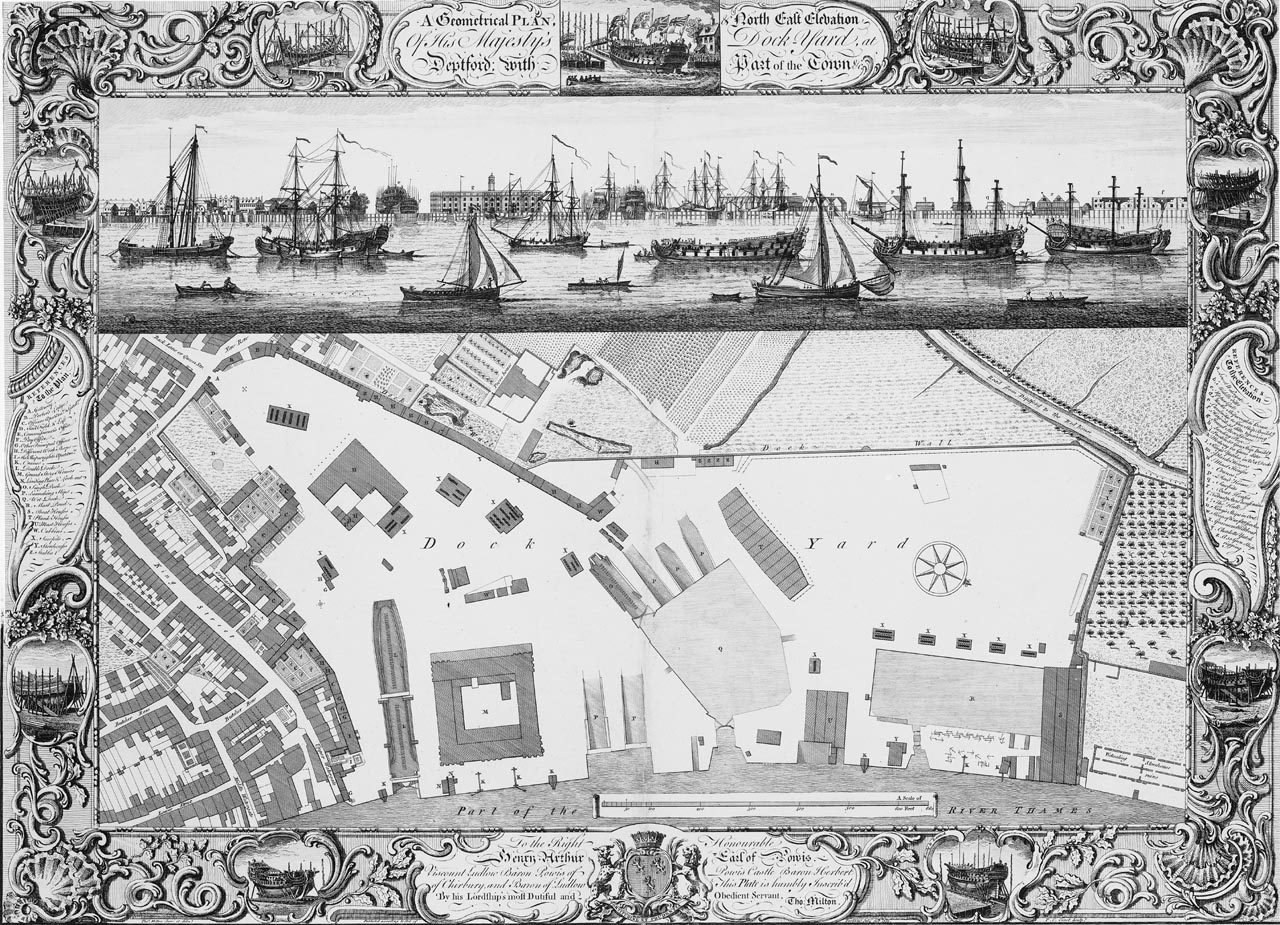 A Geometrical Plan, & North East Elevation Of His Majesty's Dock Yard, at Deptford, with Part of the Town &c

PAI5606 is another copy taken in colour image. A geometrical plan and north east elevation of the dockyard at Deptford including letters which act as a key for identifying the major buildings. This is one of a set of such prints of the Royal Dockyards by Milton. Deptford, Woolwich, and Portsmouth were published in 1753-4; Sheerness, Chatham, and Plymouth in 1755–6 with the shipping by John Cleveley the elder, though he may have had a hand in the earlier set too since he was a Deptford dockyard shipwright as well as a painter. Apart from identifying the ships shown, either under construction or lying in the river, this view also illustrates the original Tudor dockyard storehouse, far right, labelled as derelict on the plan by the caption 'Victualing Storehouse ruins'. Woolwich and Deptford yards were both founded by Henry VIII in 1513-14, only that at Portsmouth created by his father Henry VII being earlier.

Thomas Milton was son of John Milton, a minor marine artist (active c. 1743-76). Thomas was only born in 1742/3 and died in 1827 so it has to be assumed that even if he did survey and draw the yard as the inscription on this print suggests, his father was probably also involved and was bringing him to notice as a printmaker and topographical draughtsman in this way. The name 'I. Milton' , suggesting John as surveyor and delineator appears on the Chatham print, unless this is just engraver error.
Back to Search Results
Buy a print License an image
Share:
Link copied to your clipboard!