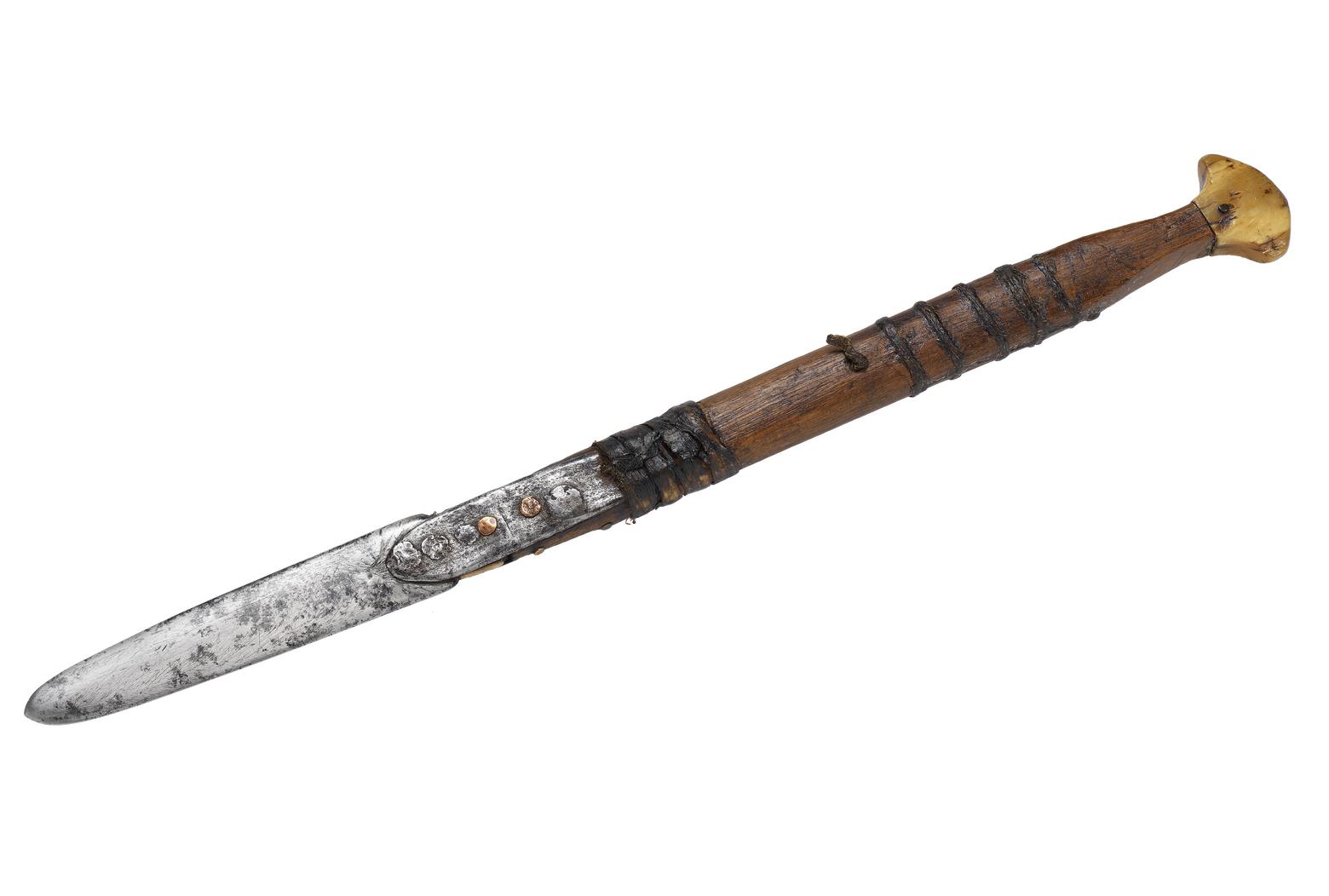 A steel, wood and bone Inuit-adapted snow knife or man's knife from the 1845 British Northwest Passage Expedition led by Sir John Franklin. The knife is made from salvaged material from the Franklin expedition equipment. The double edged blade is riveted to a wooden handle with copper and steel rivets hammered through steel reinforcing plates either side of the blade and handle. The top of the handle is fitted with a carved, curved bone or horn terminal, secured by a pin with rawhide bindings bound around the whole handle. A suspension loop is half-way down the handle.

The snow knife was bartered from a group of Inuit by Captain F. L. McClintock's sledge team on 3 March 1859 near Cape Victoria, Boothia Peninsula. Here the sledge team met about 45 Inuit who bartered relics that included 'knives made from the iron and wood of the wreck...' In his appendix McClintock is more specific, stating 'The knives are made either of iron or steel, riveted to two strips of hoop, between which the handle of wood is inserted, and rivets passed through securing them together. The rivets are almost all made out of copper nails, such as would be found on a copper-fastened boat, but those which have been examined do not bear the Government mark. It is probable that most of the boats of 'Erebus' and 'Terror' were built by contract and therefore do not have the broad arrow stamped upon their iron and copper work.' [McClintock, Voyage of the Fox (1859), pages 232, and 369-70].

The knife has (3) painted in white on the handle, indicating that it was displayed at the Royal Naval Museum, Greenwich, 'Case 5, No. 3 and No. 6. Eskimo knives.' The item is shown in - 'Stereoscopic slides of the relics of Sir John Franklin's Expedition' photographed by Lieutenant Cheyne RN, at the United Services Museum, Whitehall, No. 10 (just above middle). It also has '24352' painted on the handle. It is shown in 'The Illustrated London News' 15 October 1854, p. 367.
Back to Search Results
Buy a print License an image
Share:
Link copied to your clipboard!