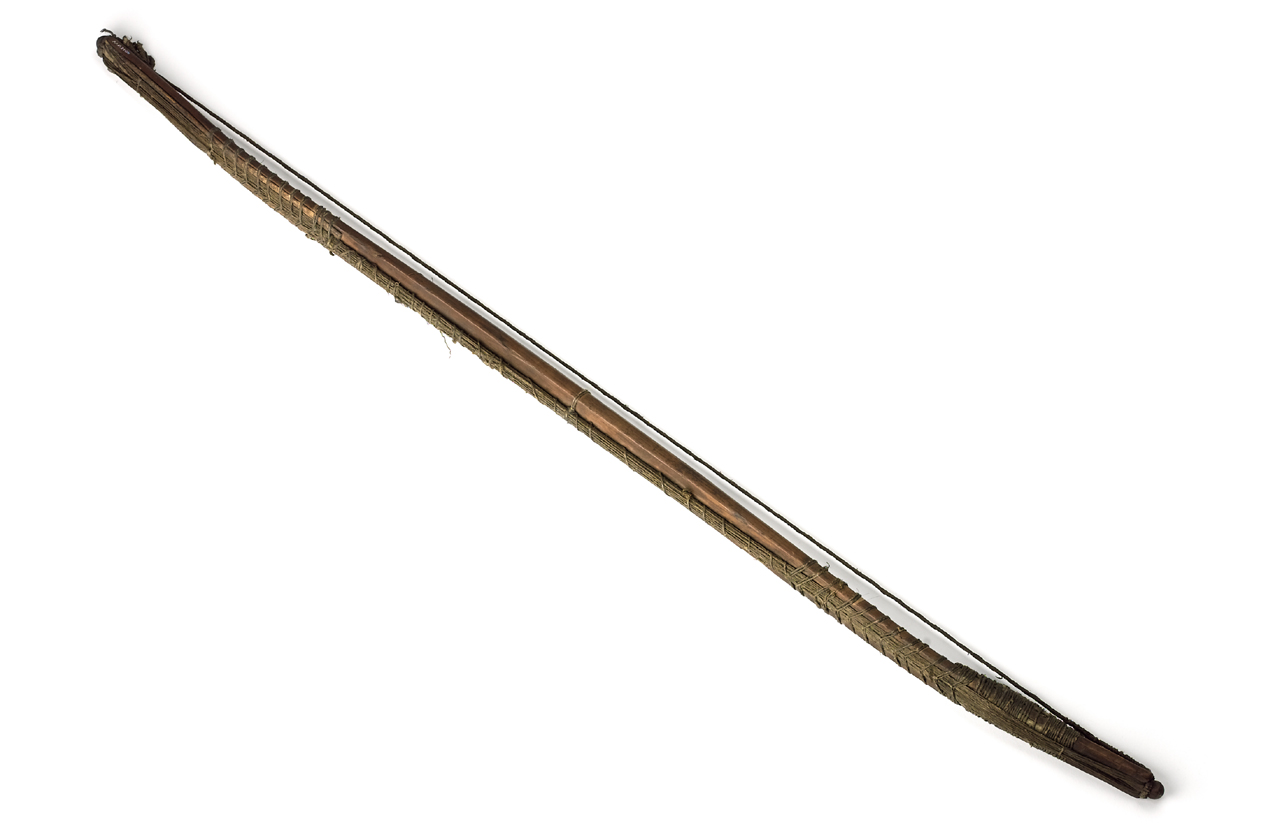 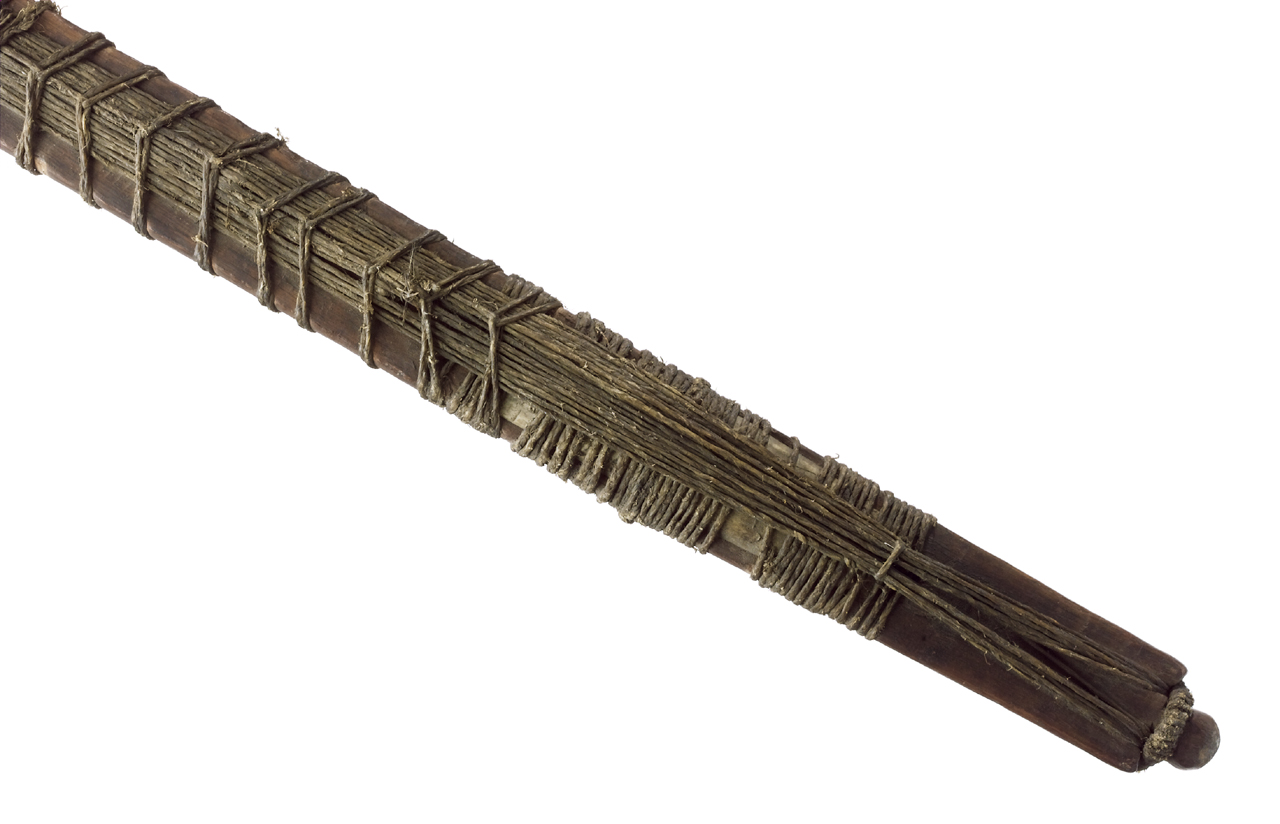 Inuit bow made from salvaged material from the Franklin Expedition

An Inuit bow made from salvaged material from the 1845 British Northwest Passage Expedition led by Sir John Franklin. The wooden bow is D-shaped, strung and heavily backed with sinew. There are pieces of skin and bone plates between the backing and the stave. The separate strands of the backing are bundled together with a piece of sinew and the backing is secured to the stave with a series of hitches.

The bow was bartered from a group of Inuit by Captain F. L. McClintock's sledge team on 3 March 1859 near Cape Victoria, Boothia Peninsula. Here the sledge team met about 45 Inuit who bartered relics in exchange for knives, files, scissors, beads &c... McClintock recorded in the Appendix 'Some bows and arrows, in which wood, iron or copper has been used in the construction - of no other interest [...] Bows and arrows were readily exchanged for knives.' [McClintock, The Voyage of the Fox (1859), p369-370].

The wooden bow had a label '18' attached to it but now dropped off, indicating it was displayed at the Royal Naval Museum, Greenwich, 'Case 3, No. 18. Three Eskimo bows'. There is also an older paper number '10'. The item is not shown in - 'Stereoscopic slides of the relics of Sir John Franklin's Expedition' photographed by Lieutenant Cheyne RN, at the United Services Museum, Whitehall. The bow was shown in the 'Illustrated London News' 15 October 1859, p. 367.
Back to Search Results
Buy a print License an image
Share:
Link copied to your clipboard!