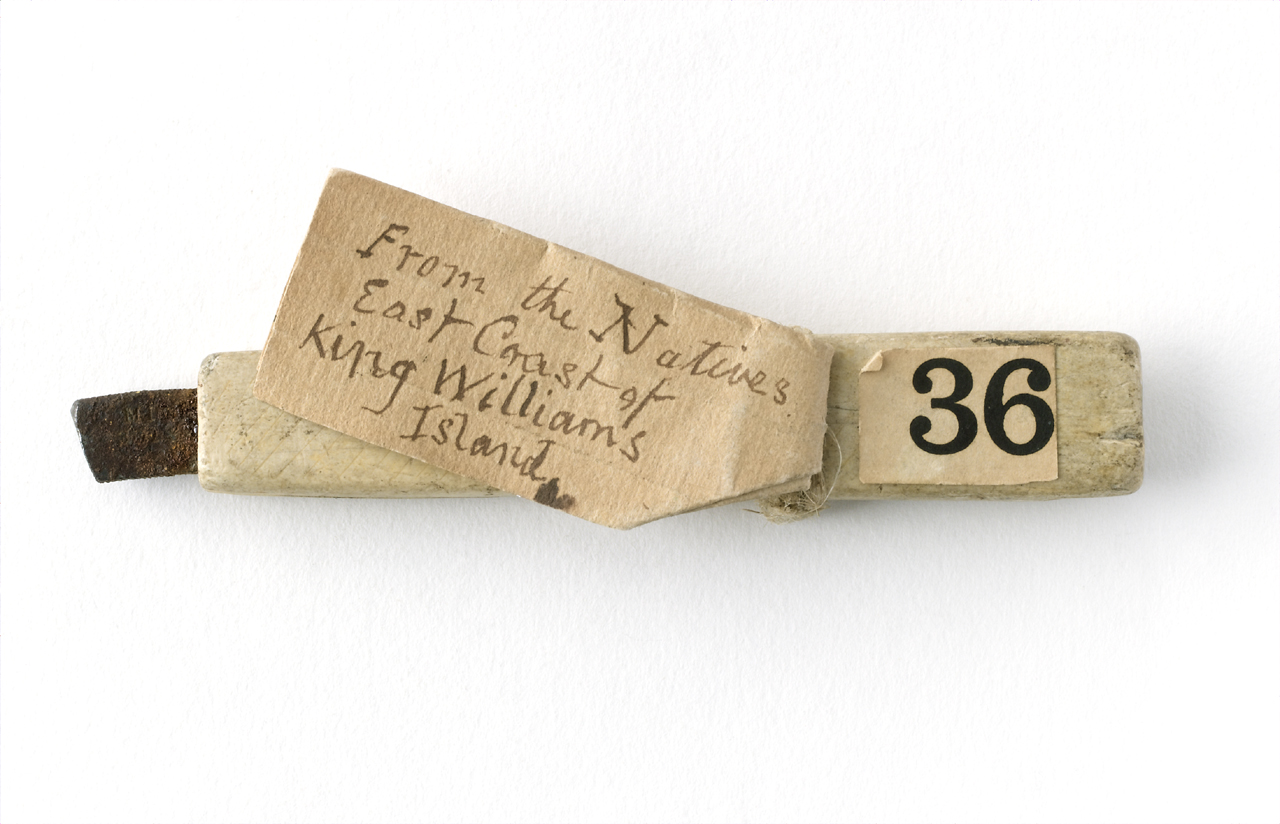 Bone handle of a knife with a broken steel razor inserted

A bone handle from a dessert knife with a broken steel razor inserted into one end from the 1845 British Northwest Passage Expedition led by Sir John Franklin. The razor has been fixed into the slot left by the original knife blade. Attached is the original handwritten label from the display in 1859 at the United Services Institution. It states 'From the Natives East Coast of King William Island.' The handle has illegible initials engraved into one side, possibly from a crew member from one of the ships.

The knife handle was found on the east side of King William Island at Cape Norton by Captain F. L. McClintock's sledge team on around 8 May 1859, as part of the search expedition led by McClintock. They met Inuit in a 'snow village' and bartered for material including silver cutlery, bows and arrows, uniform and buttons. McClintock records 'the handle of a dessert knife, into which had been inserted a razor (since broken off) by Millikin, Strand,...' [McClintock, Voyage of the Fox (1859), page 261 and 370].

The handle and razor was displayed at the Royal Naval Museum, Greenwich, Case 2, No. 36. 'Handle of a knife with part of a razor'. The item is shown in - 'Stereoscopic slides of the relics of Sir John Franklin's Expedition' photographed by Lieutenant Cheyne RN, at the United Services Museum, Whitehall, No. 9 (top, below the model sledge).
Back to Search Results
Buy a print License an image
Share:
Link copied to your clipboard!