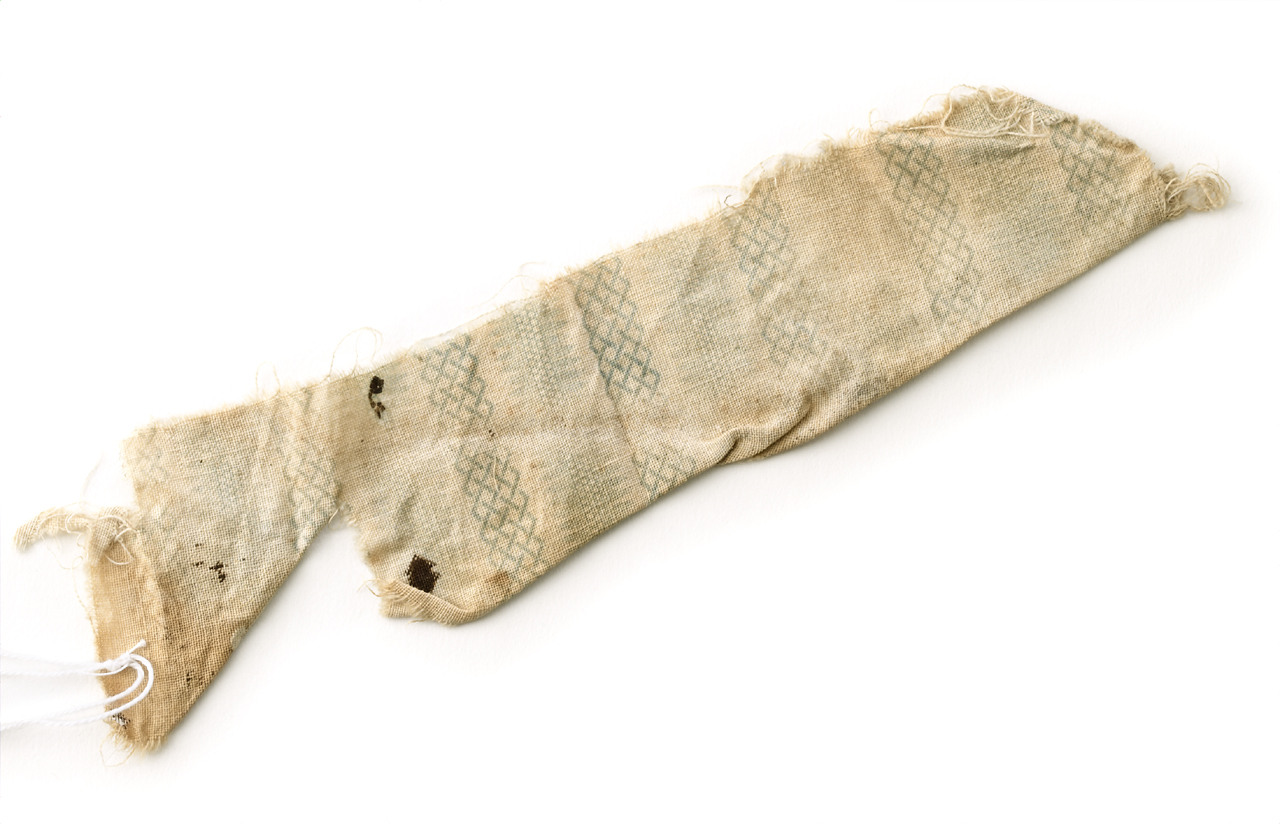 A fragment of a white patterned cotton shirt from the 1845 British Northwest Passage Expedition led by Sir John Franklin. The fragment of shirt is white with a printed blue striped pattern. The stripes are in a trelliswork and honeycomb pattern with a zig-zag border.

The piece of shirt was found with the skeleton located about nine miles east of Cape Herschel by Captain F. L. McClintock's sledge team on 25 May 1859, as part of the search expedition led by him from the 'Fox'. McClintock described finding a skeleton 'lying upon its face'. Initially the skeleton was identified as Henry Peter Peglar (1811-1848), Captain of the Foretop, HMS Terror, due to the contents of the pocket book relating to Peglar. However, it is now believed to be that of his friend Thomas Armitage (c1807-1848), Gunroom Steward from HMS Terror. McClintock describes his clothing: 'the dress appeared to be that of a steward or officer's servant, the loose bow-knot in which his neck-handkerchief was tied not being used by seamen or officers... - the blue jacket with slashed sleeves and braided edging, and the pilot-cloth great coat with plain covered buttons. [McClintock, Voyage of the Fox (1858), page 275].

The fragment of shirt was displayed at the Royal Naval Museum, Greenwich, Case 2, No. 28. 'Piece of a shirt (printed calico).'. The item is also shown in - 'Stereoscopic slides of the relics of Sir John Franklin's Expedition' photographed by Lieutenant Cheyne RN, at the United Services Museum, Whitehall, No. 3.
Back to Search Results
Buy a print License an image
Share:
Link copied to your clipboard!