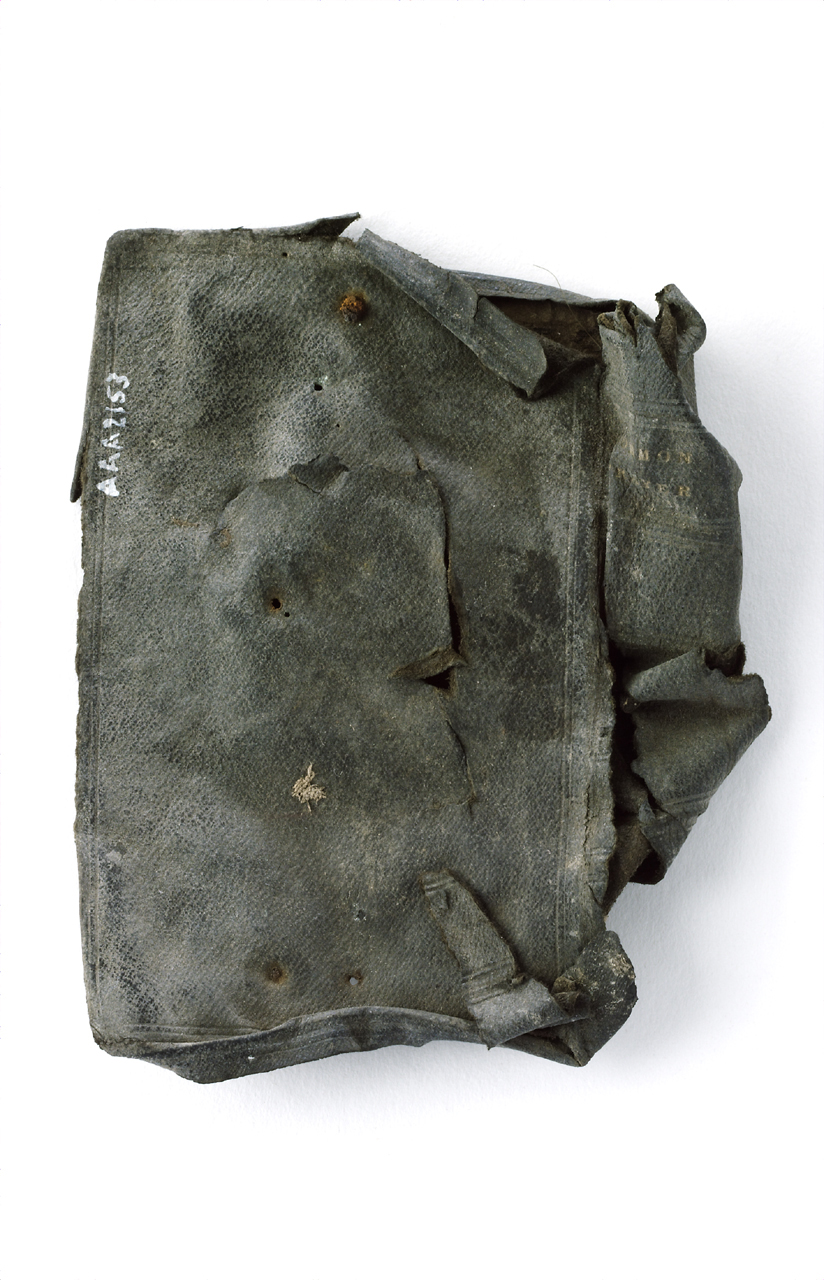 The leather portion of the cover of a book of Common Prayer from the 1845 British Northwest Passage Expedition led by Sir John Franklin. The black leather cover is screwed up and torn, but still retains the 'COMMON PRAYER' title at the top of the spine in gilt.

The book cover found at the boat site in Erebus Bay by Captain F. L. McClintock's sledge team on 30 May 1859, as part of the search expedition led by McClintock The site had been visited and partially investigated by Lt. William Hobson on 24 May but his report does not list everything he saw or removed. McClintock records ’...covers of a small Testament and Prayer Book'. [McClintock, Voyage of the Fox (1859), page 366 and p295].

The Common Prayer book cover was displayed at the Royal Naval Museum, Greenwich, Case 2, No. 47. 'Prayer Book covers and New Testament. Found in the boat on the west shore of King William island'. The item is also shown in - 'Stereoscopic slides of the relics of Sir John Franklin's Expedition' photographed by Lieutenant Cheyne RN, at the United Services Museum, Whitehall, No. 5 (bottom right).
Back to Search Results
Buy a print License an image
Share:
Link copied to your clipboard!