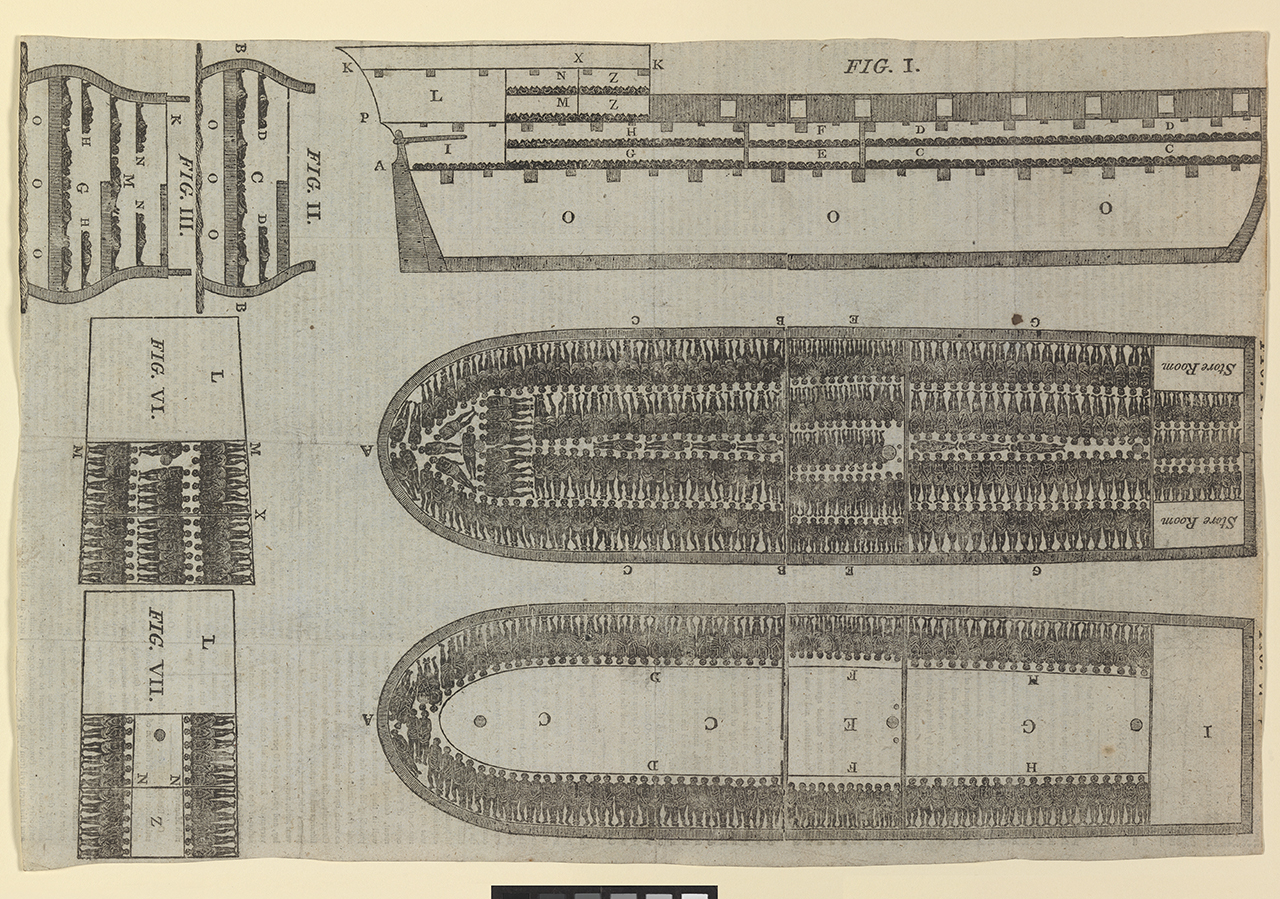 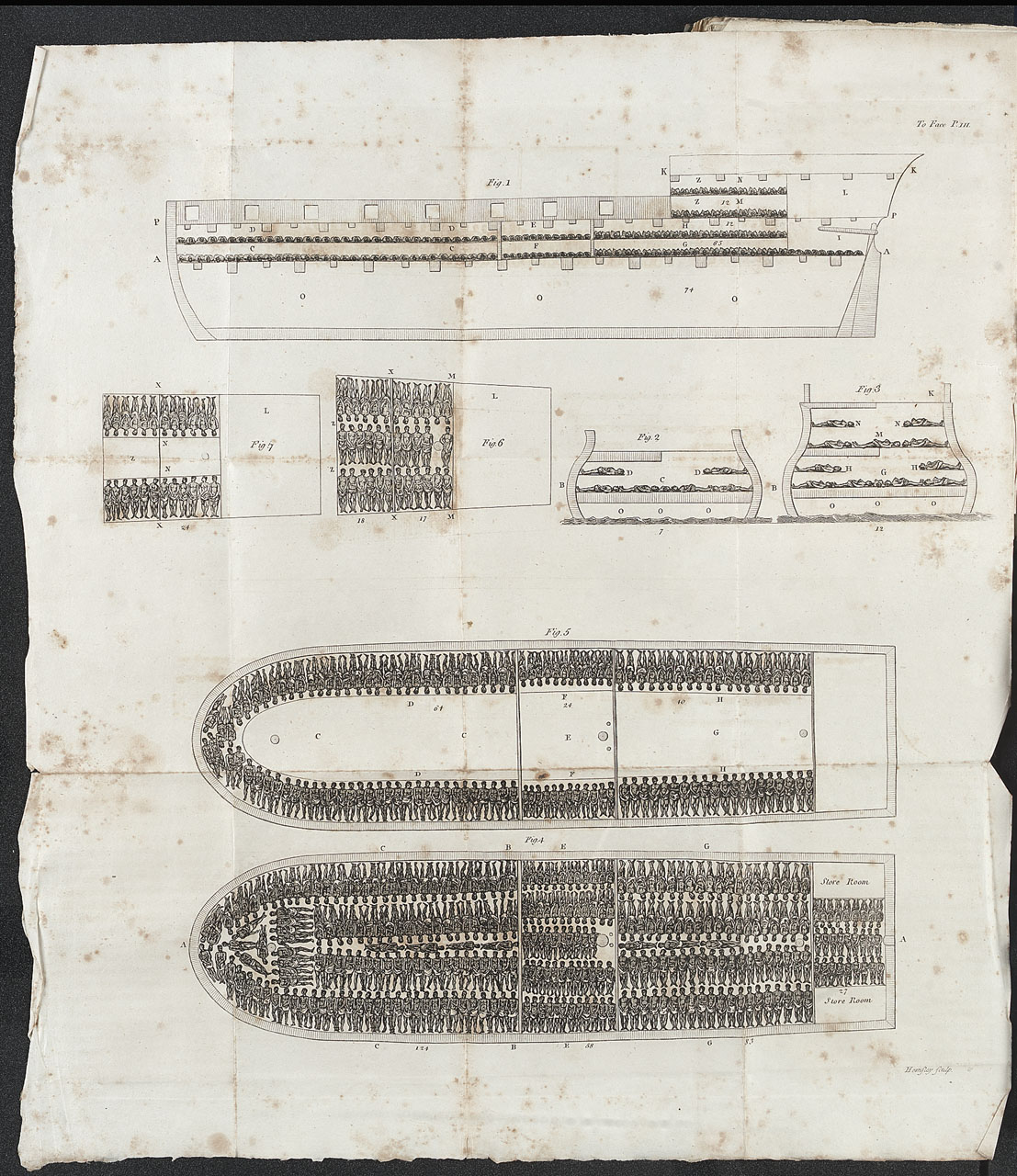 This is a late variant of the well-known and widely copied set of stowage plans of the Liverpool slave ship 'Brooks', first published in 1789 (see ZBA2745).

The Liverpool ship, the ‘Brooks’, was used in the slave trade in 1781. In 1788, abolitionists in Britain commissioned a drawing of how people were squeezed on board the ‘Brooks’ to raise awareness of the inhumanity of the slave trade. The image was so effective that it was soon reproduced and distributed widely around the country and abroad. The crisp drawing of the ship’s architecture contrasts with the figures of enslaved Africans crammed below decks, without room to sit let alone to stand. Even today, the image of the Brooks is one of the most powerful and recognisable images associated with the slave trade and its abolition.
Back to Search Results
Buy a print License an image
Share:
Link copied to your clipboard!