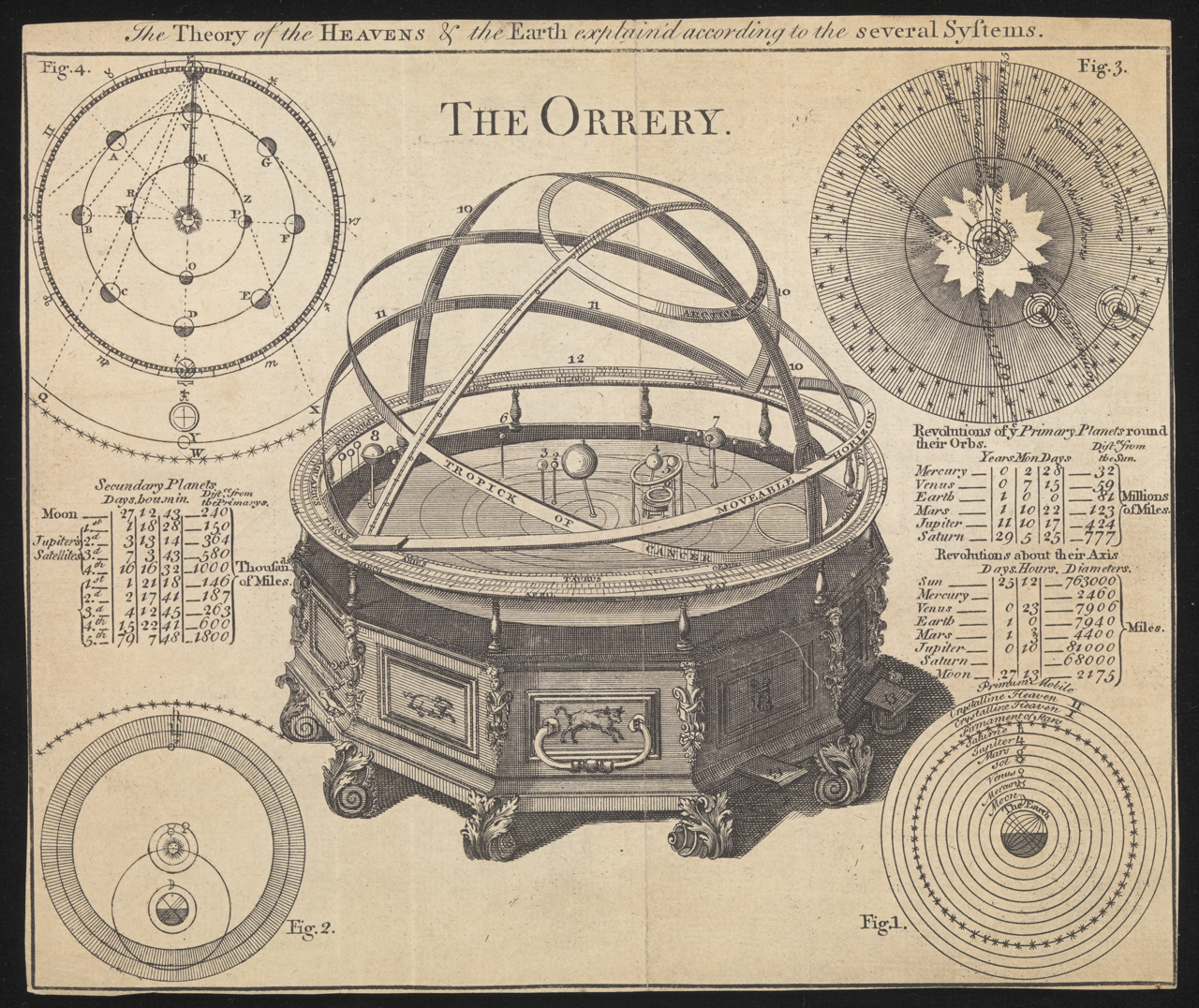 This depiction of a grand orrery is headed "The Theory of the Heavens & the Earth explain'd according to the several Systems". It has a 12-sided base, with depictions of the zodiac signs on each side, within which the gearing would be contained while the planets were made to move apparently effortlessly on circles above. The whole is surmounted with rings forming half an armillary sphere. Tables of the movements of the planets appear to the sides of the main image and one of the smaller figures shows the Ptolemaic geocentric system.

The orrery depicted in this print may have been made by Thomas Wright of Portsmouth and later by B. Cole. The image was engraved in 1749 for John Hinton's Universal Magazine of Knowledge and Pleasure. This was published between 1747 and 1803, and contained "news, letters, debates ... and other arts and sciences; which may render it instructive and entertaining to gentry, merchants, farmers, and tradesmen".
Back to Search Results
Buy a print License an image
Share:
Link copied to your clipboard!