William Westall was a British painter best known for his views of the Australian landscape.

While studying at the Royal Academy schools, he was appointed as the official draughtsman for a naval survey voyage led by Commander Matthew Flinders.

Sailing in the Investigator, Flinders’s voyage departed from London on 18 July 1801 and arrived five months later on the western coast of Australia. The Investigator then travelled along the southern and eastern coasts before returning along the northern coast, becoming the first European vessel to circumnavigate the continent.

While Flinders and his men were charting the coastal waters, Westall made drawings of the places they visited during their journey.

Once the circumnavigation was complete, Westall made his own way home via India. He arrived in London in February 1805 and began creating paintings based on his sketches of Australia, ten of which were acquired by the British Admiralty. In 2017, these ten paintings were transferred to the National Maritime Museum.

In 2021, one of the paintings was successfully relined as part of a major conservation project with generous support from the Getty Foundation through its Conserving Canvas initiative.

View of Cape Townshend taken from Mount Westall, March 1802 depicts the view from a mountain on Australia’s eastern coast. Two Aboriginal men can be seen dwarfed by the towering rocks. Westall emphasises the sublime effect of the view to appeal to European artistic taste.

You can see View of Cape Townshend on display in the Queen’s House, alongside other examples of Westall’s work.

Some of his Australian views are also displayed in the Pacific Encounters Gallery in the National Maritime Museum. Prints of all the works by William Westall shown below are available to order online. 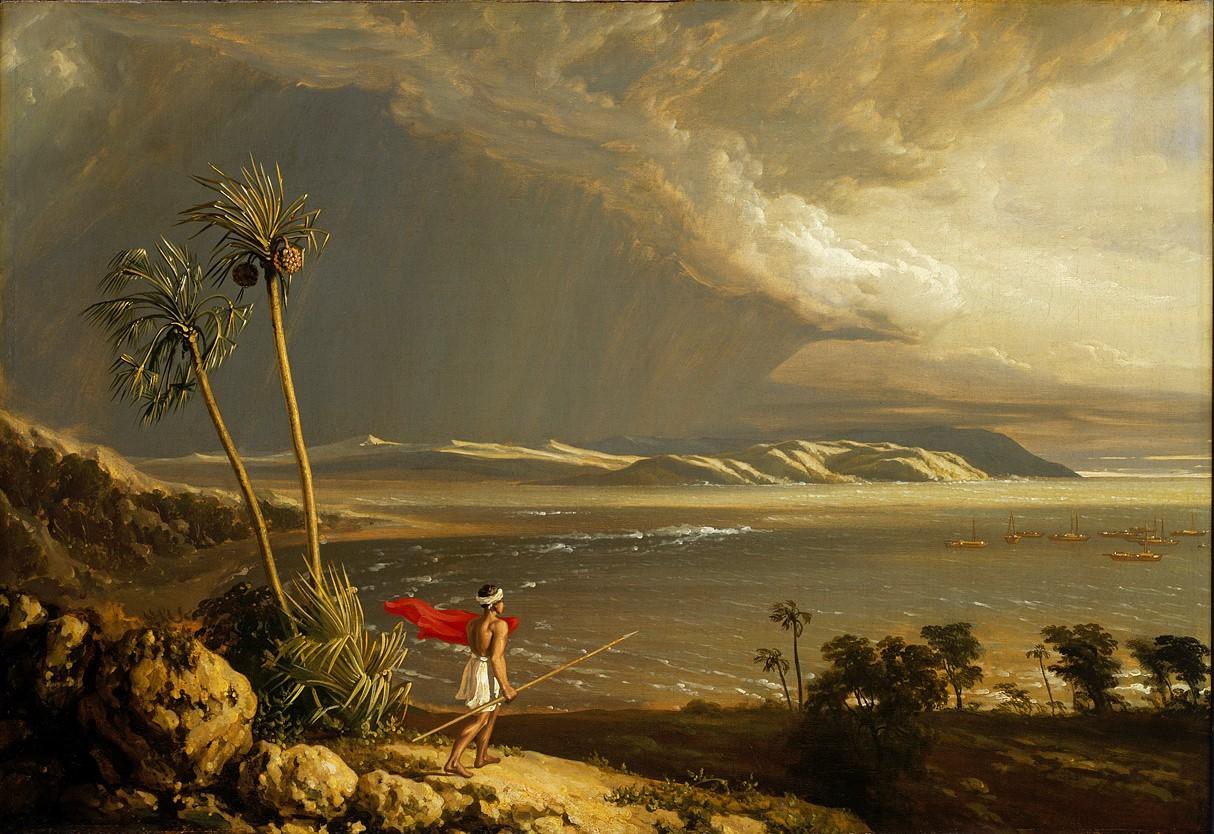 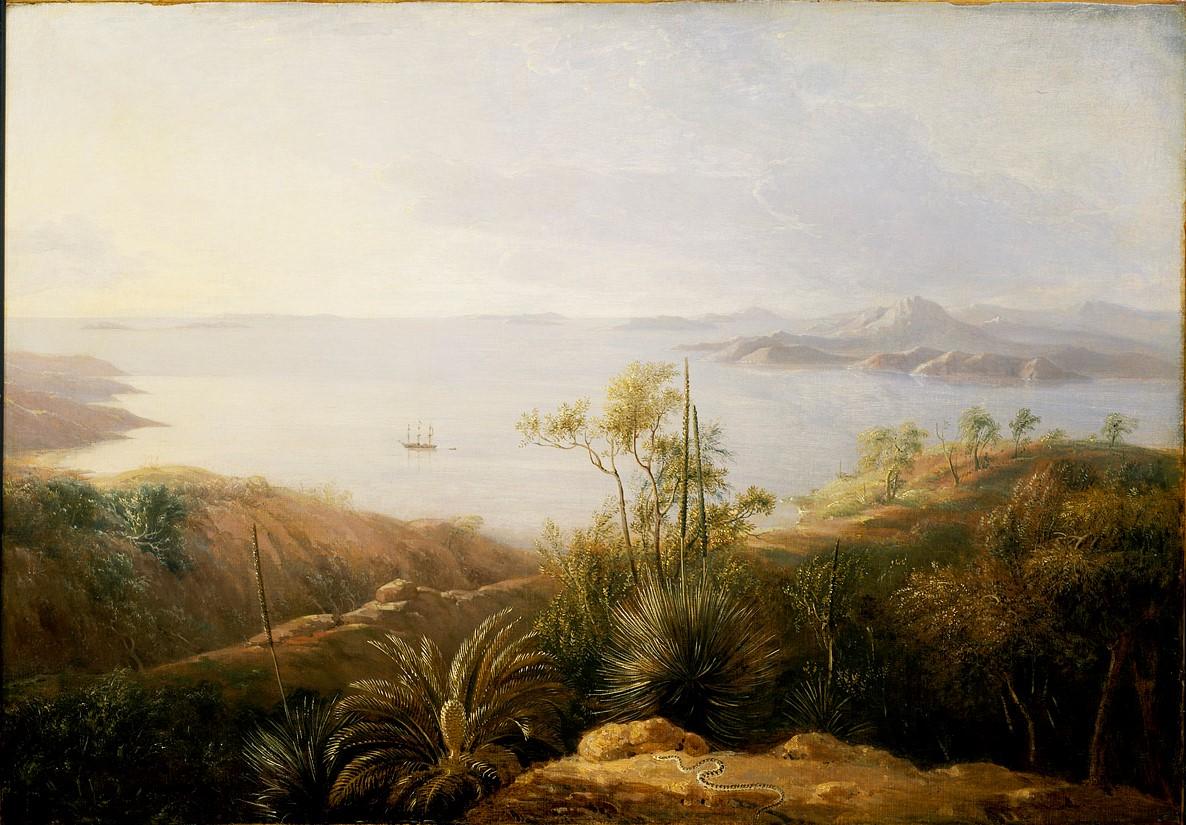 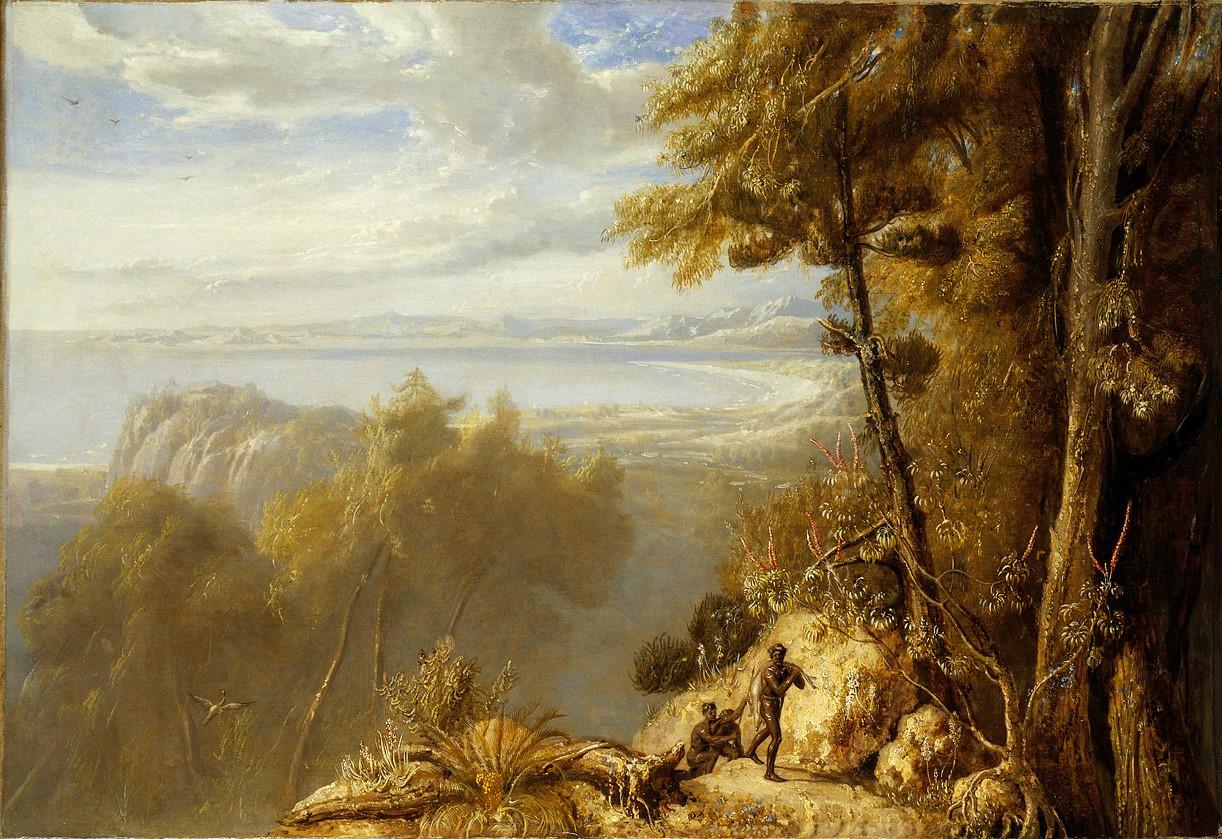 4 / 8
View of Murray’s Islands with the natives offering to barter, October 1802
Find out more 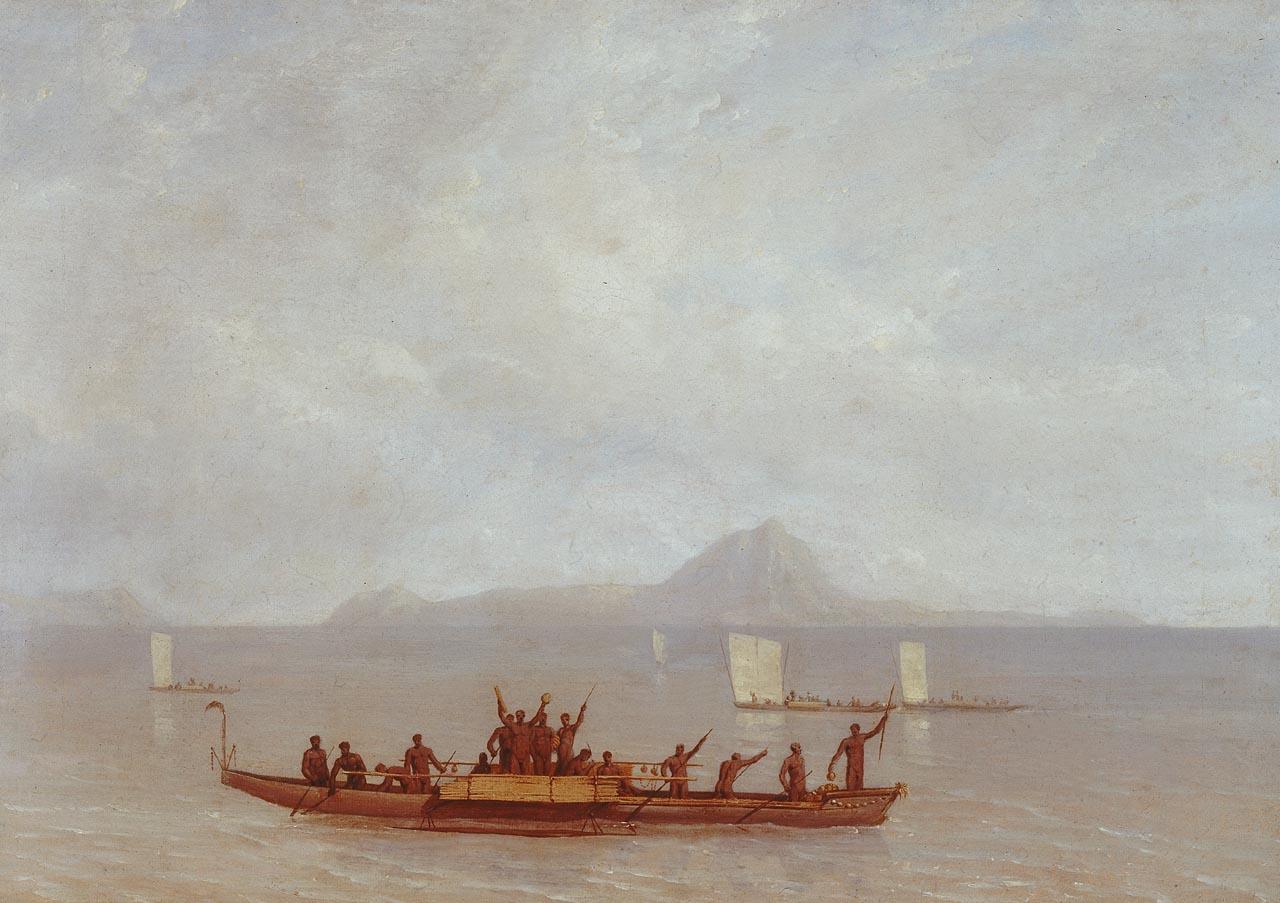 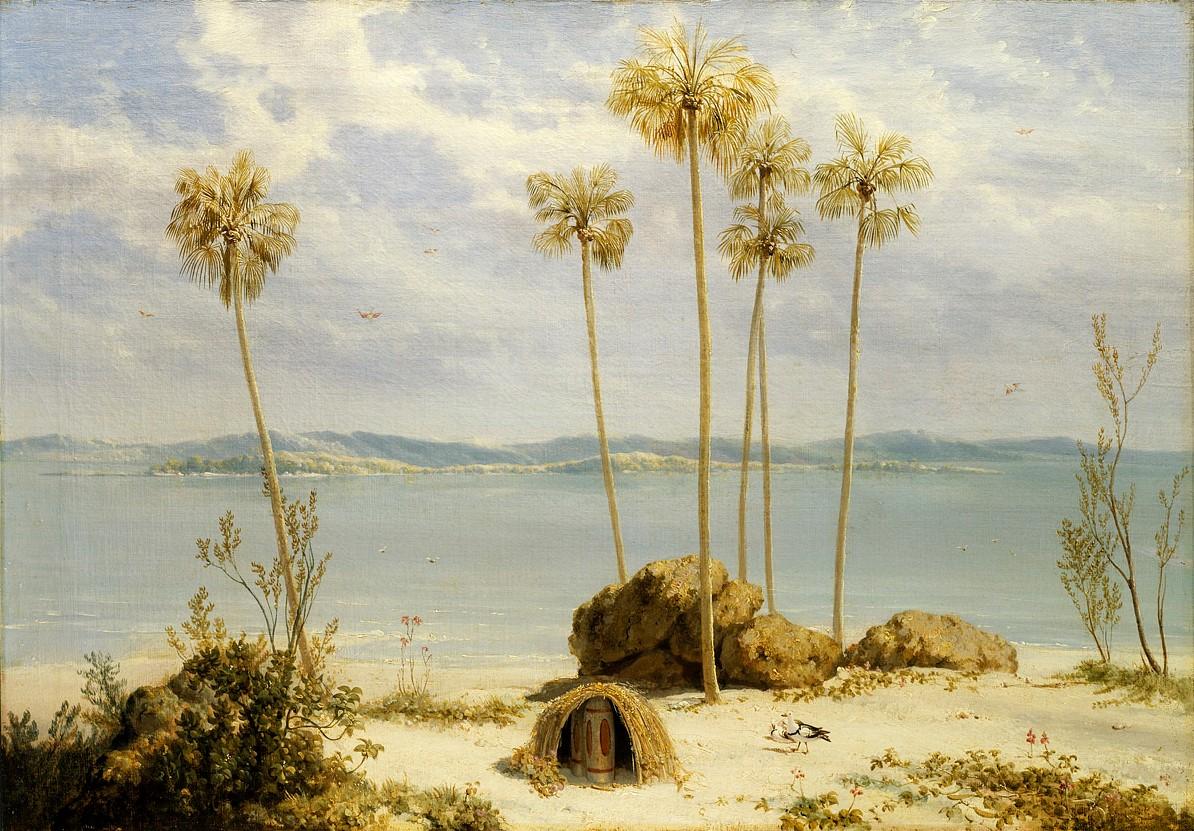 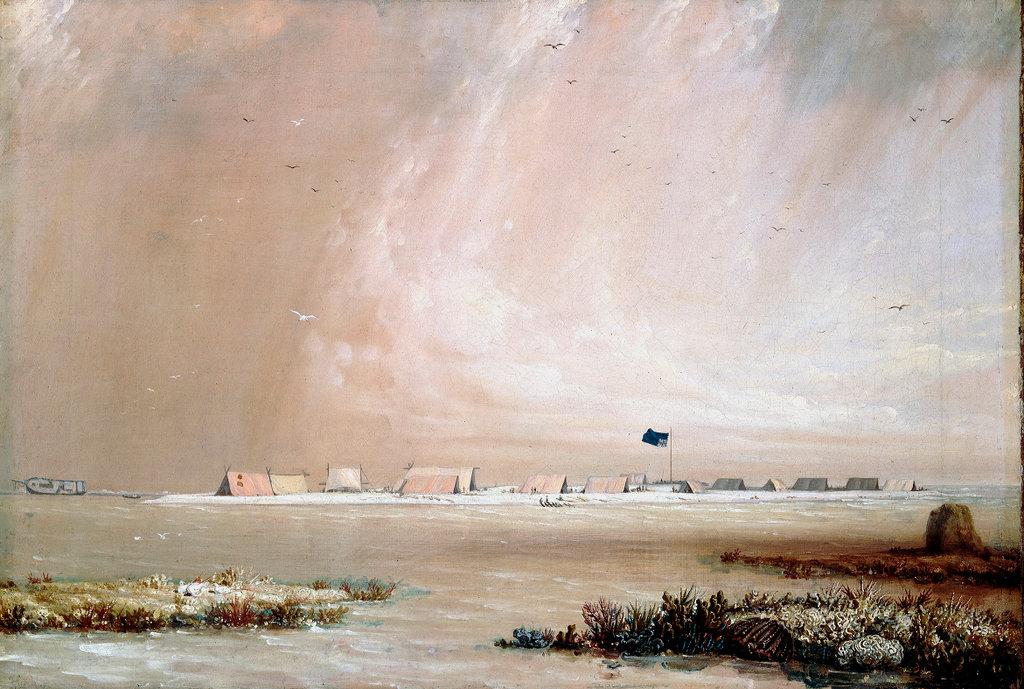 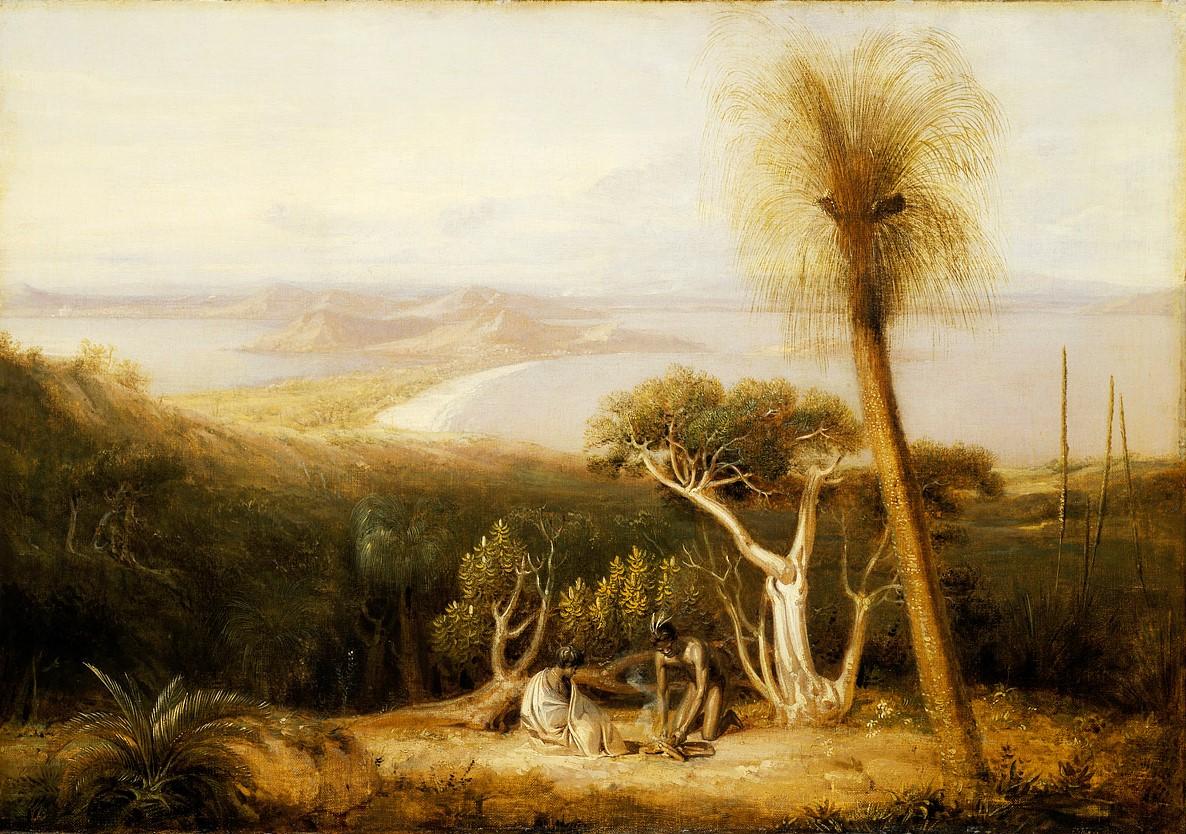 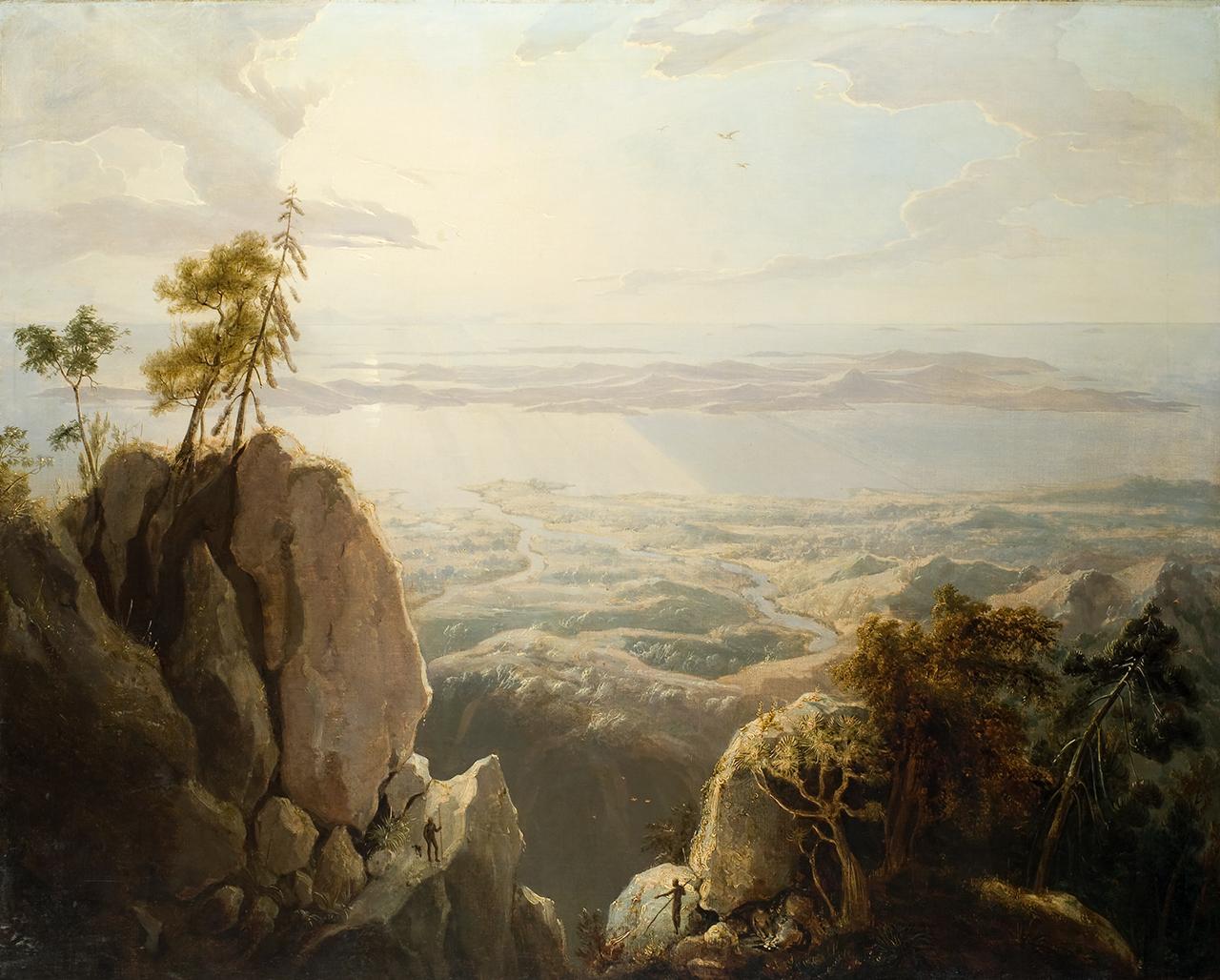 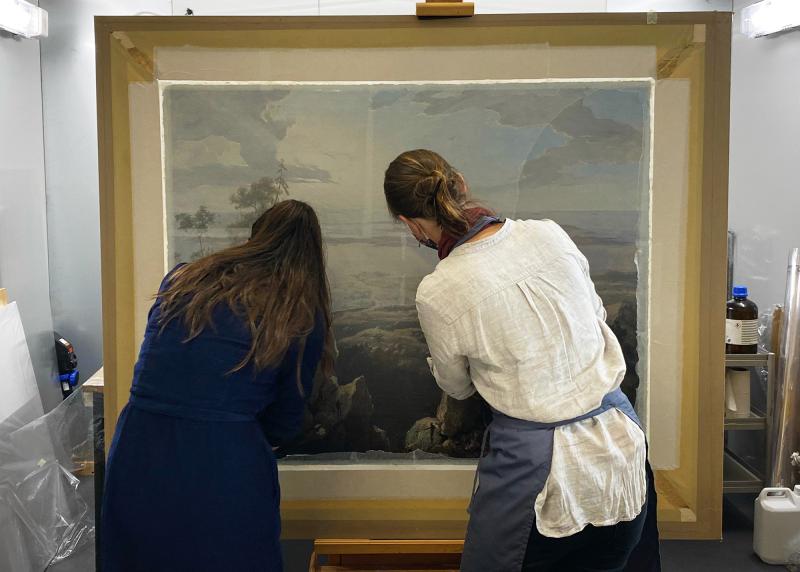 Home
The Westall Lining Project
Discover what it takes to line a painting, and find out more about this important branch of art conservation
Find out more 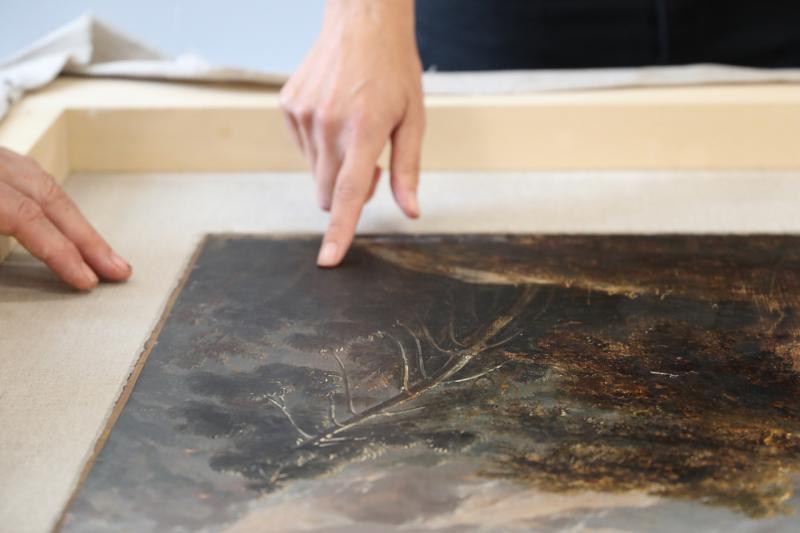 Conservation process
What does 'lining' a painting mean?
Lining is a major treatment in paintings conservation, and should only be used when absolutely necessary
Find out more 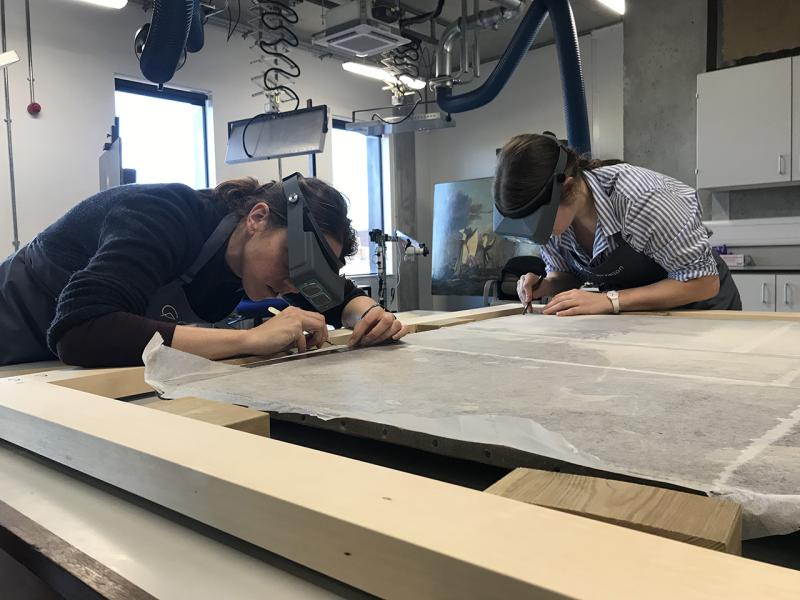 The Westall Lining Project is a collaboration between Royal Museums Greenwich and The Courtauld, with generous support from the Getty Foundation through its Conserving Canvas initiative.