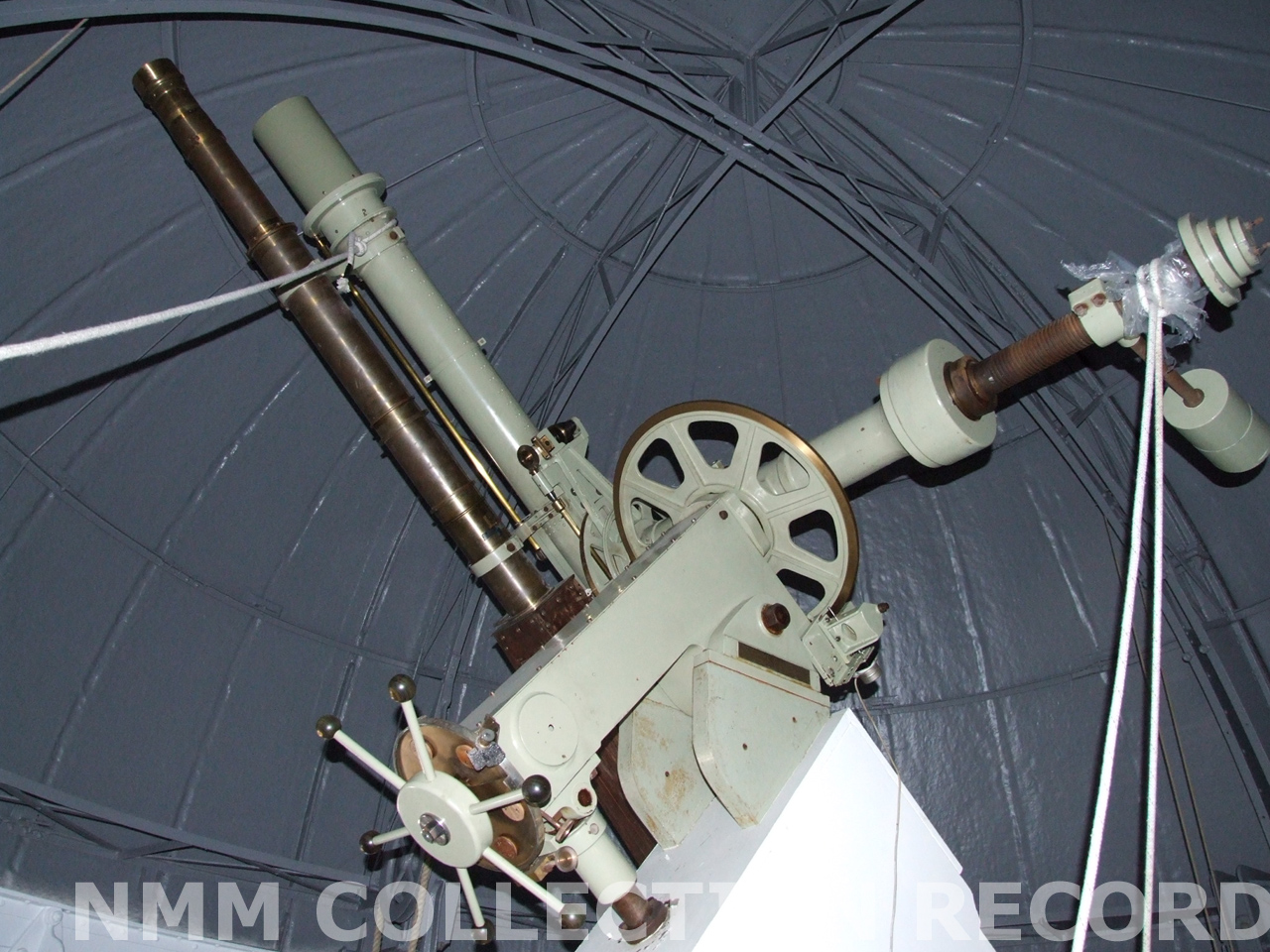 Newbegin had been a keen amateur astronomer with a particular interest in studying the Sun and with his own Observatory in the grounds of his home in Wallington in Surrey. He gave up observing after the Second World War and offered all his apparatus to the Royal Observatory. The Observatory was at that time in the process of moving from Greenwich to Herstmonceux but once settled they accepted from him this telescope.

Telescope: The length of the telescope is 2550mm and the object glass has a diameter of 168mm. The telescope is made of a sheet of steel with a brass inset, all painted grey. It has a finder telescope, declination reader and sighting tube. It has balancing weights.

Stand: This is a German style equatorial mounting. An equatorial mounting refers to a type of frame that allows the telescope to move with the rotation of the Earth - one axis is pointed towards the celestial pole (roughly speaking towards the Pole star for the northern hemisphere), the other can then be turned so that the telescope is able to follow a star as the Earth moves. Equatorial mountings come in two main types, English and German. The English style mounting is the shape of a + sign; the German style mounting is more of a T shape. This example has hand motions in declination and right ascension. The height of the plinth is 1835mm.

Accessories: Attachments for these two telescopes, mounted together include a clockwork driving motor with weights, a measuring table, a Herschel solar viewing wedge, a variable density filter eyepiece by Troughton and Simms with a spare eyepiece, eyepiece exit apertures, spark filters, spectroscopic eyepiece, bi-filar micrometer by T. Cooke and Sons, a spectroscope with eyepieces and spare slit by Adam Hilger, two camera plate holders, a projection lens and a 9 inch objective prism in a box (AST0881).
Back to Search Results
Buy a print License an image
Share:
Link copied to your clipboard!