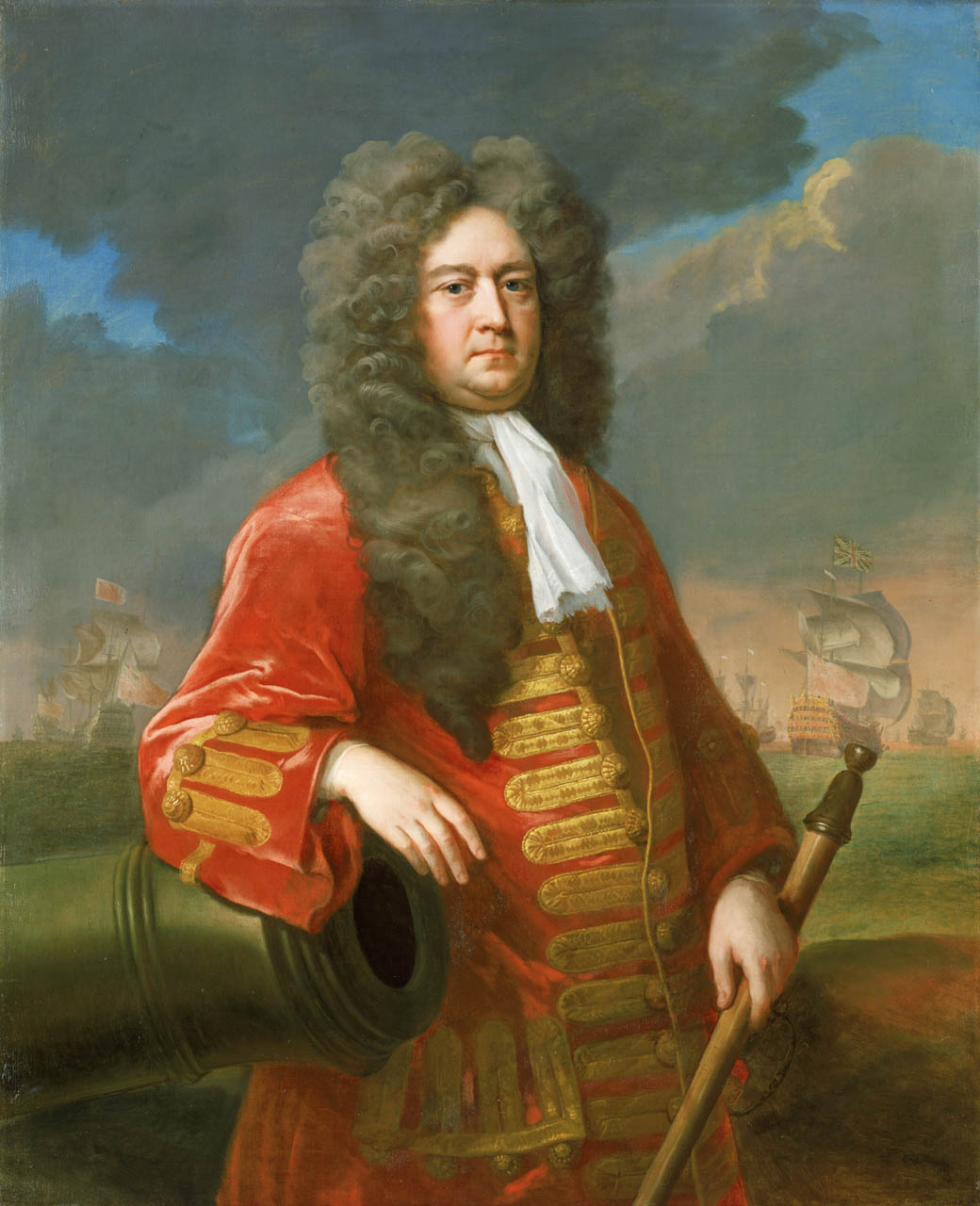 A three-quarter-length portrait to the right of Admiral Sir George Rooke, Admiral of the Fleet. He wears a gold-braided red cloth coat with wide sleeves, grey-brown full-bottomed wig and a white neck-cloth. His right arm rests on the muzzle of a cannon and he holds a telescope in his left hand. Behind him in both the right and left backgrounds, is a depiction of the Battle of Malaga, 1704. Admiral Rooke's flagship, the 'Royal Katharine' with the Union flag at the main, is seen in port-quarter view, engaging the 'Foudroyant', which was the flagship of the Franco-Spanish fleet under the Comte de Toulouse, an illegitimate son of Louis XIV. Though inconclusive, the Battle of Malaga was the only fleet action fought at sea during the War of the Spanish Succession.

This portrait is one of a series commissioned for the Royal Collection at the time of Queen Anne and was presented to Greenwich Hospital by George IV in 1824.

The Swedish painter travelled to London in 1682, where he became acquainted with Godfrey Kneller. In 1685, he left for Europe and returned to London in 1689 where he remained. During Dahl's absence, Kneller consolidated his supremacy as the fashionable portrait painter, although the prolific Dahl was his closest competitor. Politically, Kneller supported the ascendant Whigs, while Dahl was a Tory. The death of Kneller in 1723 left Dahl the principal London portraitist.
Back to Search Results
Buy a print License an image
Share:
Link copied to your clipboard!