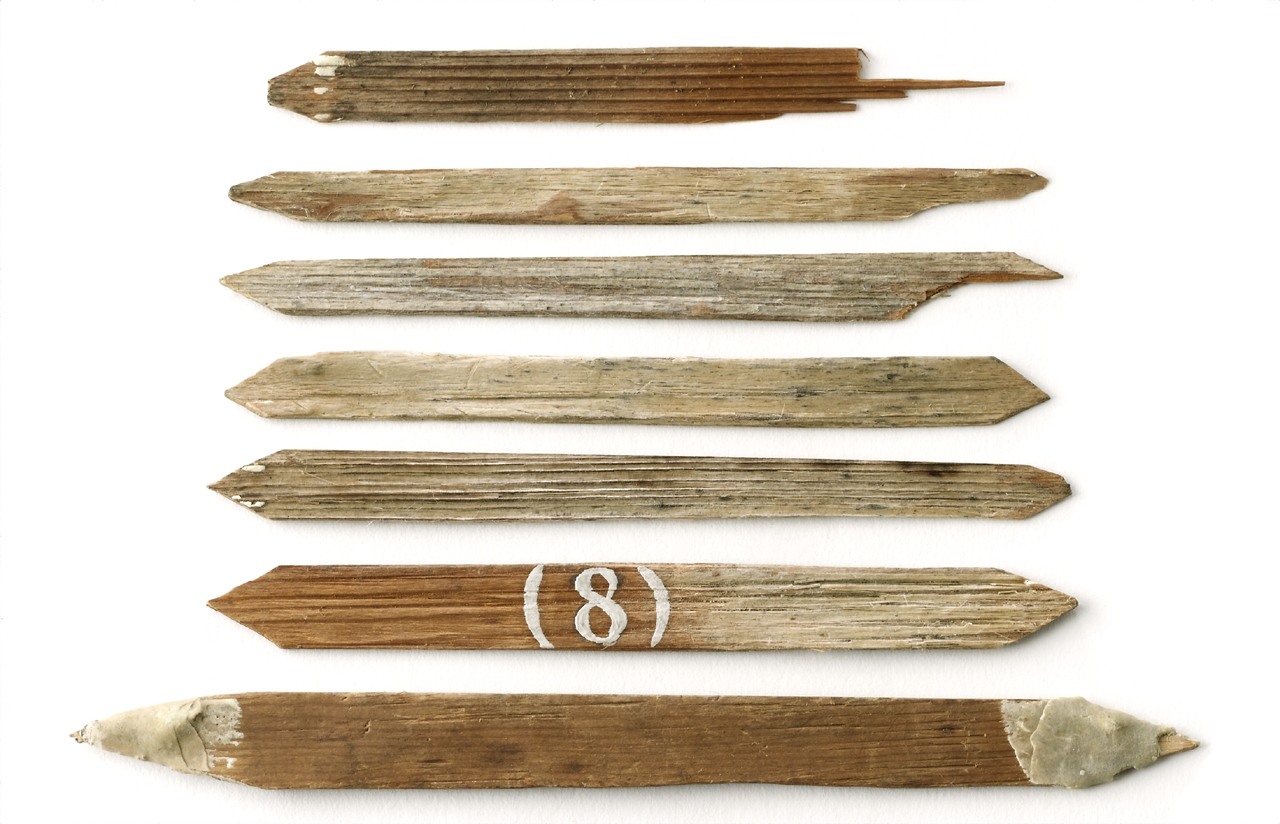 Seven wooden brimstone matches from the 1845 British Northwest Passage Expedition led by Sir John Franklin. Each match is a flat sliver of wood. Traces of sulphur are visible on the ends of three matches.

The matches were found by Lieutenant William R. Hobson's sledge team on 3 May 1859 at an abandoned camp site at Cape Felix, King William Island, as part of the search expedition led by Captain F. L. McClintock. Hobson described finding them: 'Round and in the fire places several brimstone matches, some of which had been lighted...' [Stenton, 'Arctic' v.69, No. 4, p. 515]. McClintock recorded them as 'some brimstone matches' [McClintock, 'Voyage of the Fox' (1860), p.368].

One of the matches is marked with white paint on the front '(8)' indicating that it was displayed at the Royal Naval Museum, Greenwich, Case 5, No. 8 'Common brimstone matches'. The item is also shown in - 'Stereoscopic slides of the relics of Sir John Franklin's Expedition' photographed by Lieutenant Cheyne RN, at the United Services Museum, Whitehall, No. 1.
Back to Search Results
Buy a print License an image
Share:
Link copied to your clipboard!