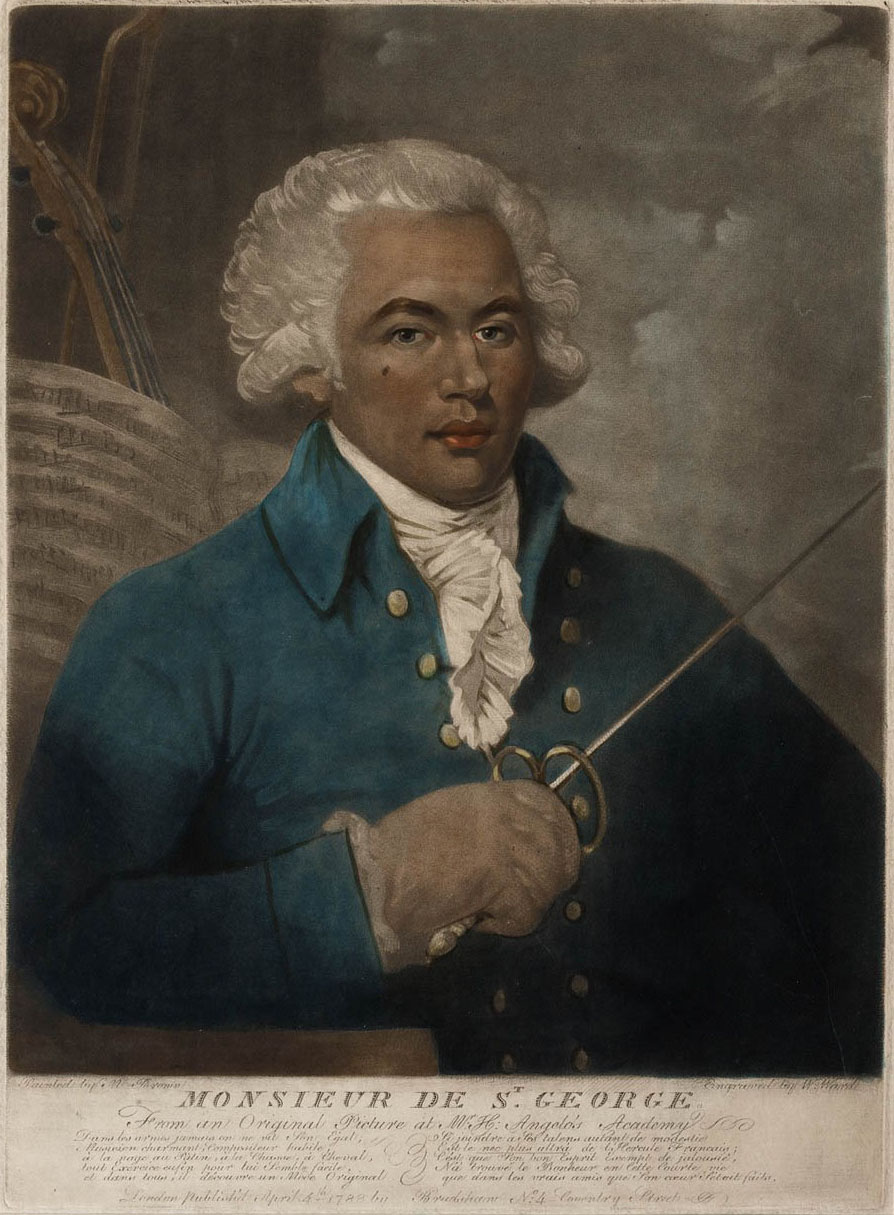 Joseph Bologne, Chevalier de Saint-Georges (25 December 1745–10 June 1799) was a champion fencer, a virtuoso violinist and conductor of the leading symphony orchestra in Paris. Born in Guadeloupe, he was the son of Anne Dite Nanon, an enslaved woman from Senegal, and George Bologne de Saint-Georges, a wealthy planter. During the French Revolution, Saint-Georges was colonel of the 'Legion St.-Georges,' the first all-black regiment in Europe, fighting on the side of the Republic. Today he is best remembered as the first classical composer of African ancestry (Wiki extract).

Below the portrait is the caption: 'From an Original Picture at W.H. Angelo's Academy', and a commendatory verse in French on the talents and character of the sitter. Domenico Angelo established a well-known fencing academy at Carlisle House, Soho, in the early 1760s, which his son Henry [Charles William] Angelo - who also wrote some notable memoirs - ran from 1780. This is presumably the 'W.H. Angelo's Academy' mentioned as location of the original oil portrait by Mather Brown at the time this print was made. Brown's portrait of Henry Angelo himself in similar pose, c. 1790, is in the National Portrait Gallery. [PvdM 5/14]
Back to Search Results
Buy a print License an image
Share:
Link copied to your clipboard!