Meteor showers, constellations, eclipses and supermoons – 2022 is a year of adventure for space lovers and stargazers.

Check out the highlights to look forward this year with our 2022 astronomy calendar with astronomers from the Royal Observatory Greenwich.

The Quadrantids are known for their fireball meteors, or bright explosions of colour that can last longer than average meteors. This shower peaks on the night of 3 January and the morning of the 4th, and hundreds of meteors can be seen in an hour during the peak. Dress warm and go to a dark spot away from streetlights to watch this shower. 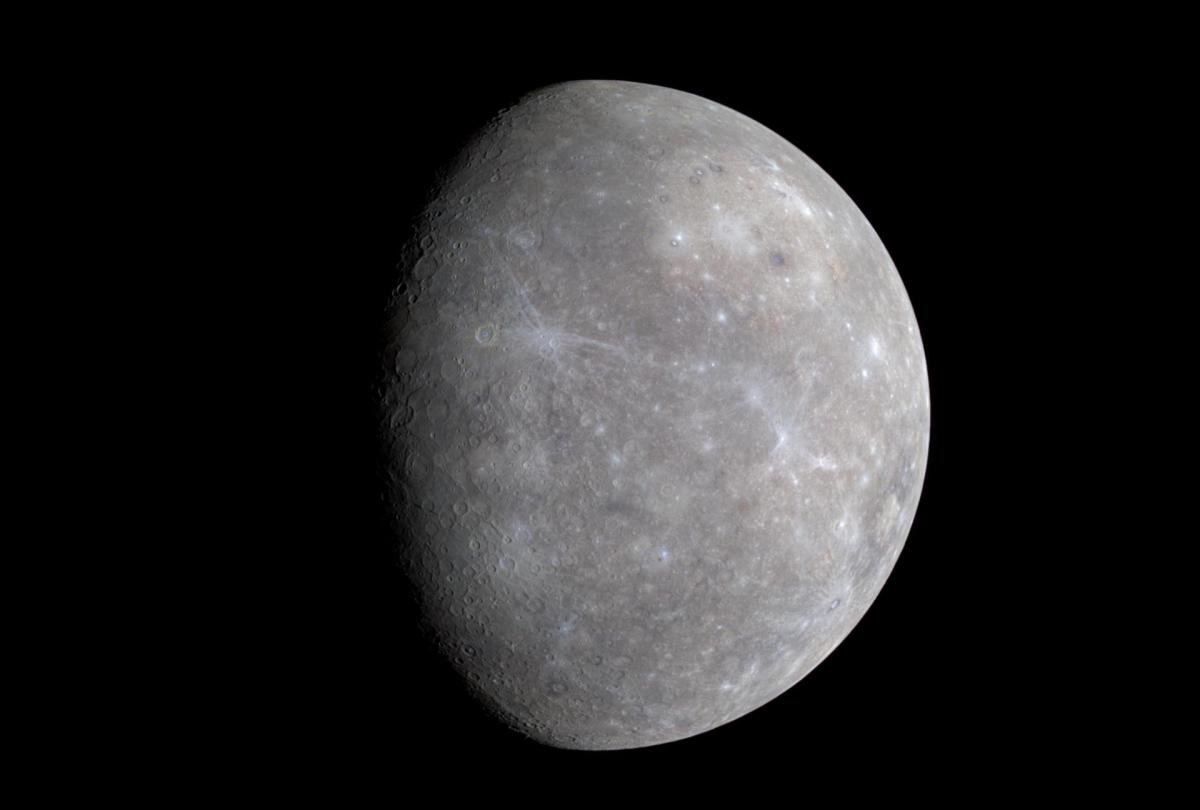 As our smallest planet and the closest to the Sun, Mercury is often a difficult planet to spot in our night skies.

If you would like to search for this little planet, January is the time to do so because Mercury will be at its greatest separation from the Sun (or greatest elongation east). On the night of 7 January, Mercury can be seen with the naked eye or simple binoculars low on the horizon and just to the left of the sunset.

The best time to see the planet will be after sunset at 4.11pm before Mercury sets at 5.42pm. If you aren’t able to spot the planet, then don’t fret! Other planets that will be visible in the south-west include Saturn and Jupiter, which are bigger, brighter and more easily recognisable.

On 1 February there will be a New Moon, which means the Moon won’t be visible in the night sky. This is a perfect time for stargazing without the extra light of the Moon.

In the early night, famous constellations like Taurus and Orion are bright towards the south. The Pleiades, sometimes called the ‘Seven Sisters,’ can also be seen near these constellations. This is a small cluster of blueish stars easily visible from light polluted cities.

Search for another galaxy

There is another New Moon on 2 March, which can be used to search for more deep-sky objects in the night sky. Keep an eye out for the Andromeda Galaxy, which is the nearest galaxy to our own Milky Way Galaxy.

You can keep an eye out for the equinoxes and solstices to notice how the length of day and night changes throughout the year. The two equinoxes happen on 20 March (Spring Equinox) and 22 September (Autumn Equinox) and the days and nights should roughly be the same length.

Image: Between Solstices by György Soponyai

The Lyrids will be visible from 16-25 April, peaking on the 22nd at 8pm BST and expected to produce about 17 meteors per hour.

It’s named after its radiant (the constellation it seems to originate from), Lyra the Harp, which will be low in the north-eastern sky around peak time. However, meteors will be visible in every direction, so pick a location with an unobstructed view of the sky to improve your chances.

It’s also worth noting that the Moon will be at a waning gibbous phase, so viewing conditions aren’t very favourable.

The source of the Lyrid meteor shower is the Comet C/1861 G1 Thatcher, which orbits the Sun once every 415 years.

The Eta Aquariid meteor shower is active from 9 April-28 May, peaking around the 6 May and expecting to produce up to 40 meteors per hour.

The pre-drawn sky offers the best chance to view lots of meteors, so look towards the East to spot the star Eta Aquariid in the constellation of Aquarius, after which the meteor shower is named. The source of the meteor shower is the famous Comet Halley, which is visible from the Earth every 75-76 years. 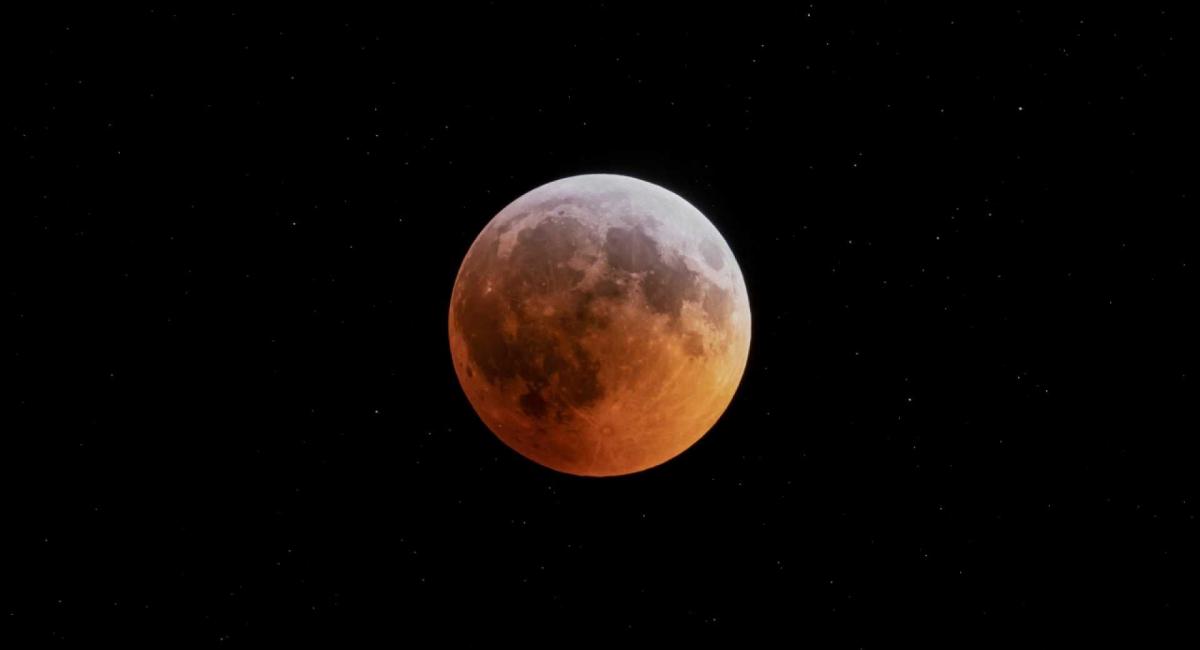 Look out for a lunar eclipse in May

On 16 May 2022 a total lunar eclipse will be visible South America, most of North America and parts of Europe and Africa. Although the whole eclipse will not be visible from the UK, we’ll still be able to see the Moon at totality for a brief period before it sets.

The Moon will set shortly after that, at 5.10am BST. To view the eclipse, find a location with an unobstructed view of the sky and look towards the Southwestern direction.

The Moon revolves around the Earth in an elliptical or oval-shaped orbit, which means that during its orbit it travels from closest approach (perigee) to furthest distance from us (apogee).

When the Moon is at perigee and it’s at a Full Moon or New Moon phase, we call it a supermoon. A Full Moon at perigee will appear 14 per cent bigger and 30 per cent brighter than a Full Moon at apogee, but since we can’t really compare the two side by side, most people will not notice much difference.

There will be one Super New Moon on 23 December, however the New Moon isn’t visible in the sky.

BepiColombo is a joint mission between the European Space Agency (ESA) and the Japan Aerospace Exploration Agency (JAXA) to the closest planet to the Sun, Mercury.

It was launched in 2018 and since then it has successfully performed an Earth flyby, two Venus flybys and one Mercury flyby in 2021. On 23 June, it will attempt the second of six planned Mercury flybys. BepiColombo’s mission is to investigate Mercury’s magnetic field and magnetosphere and study its interior structure and surface.

Mid-August will see the reappearance of the perseid meteor shower, caused by the debris stream from the comet Swift-Tuttle. The shower will radiate between the constellations Perseus and Camelopardalis, and you may see activity from mid-July. Best seen in the pre-dawn hours, it takes a bit of dedication, but it’s worth it!

Get ready for the elongation of Mercury

Mercury is visible to the naked eye, but it is a bit of a challenge. It’s so close to the Sun that the separation between the two isn’t particularly large as seen from Earth. During the moment of greatest Eastern Elongation on 27 August, we’ll have our best chance to spot it, low towards the west as the Sun is setting. 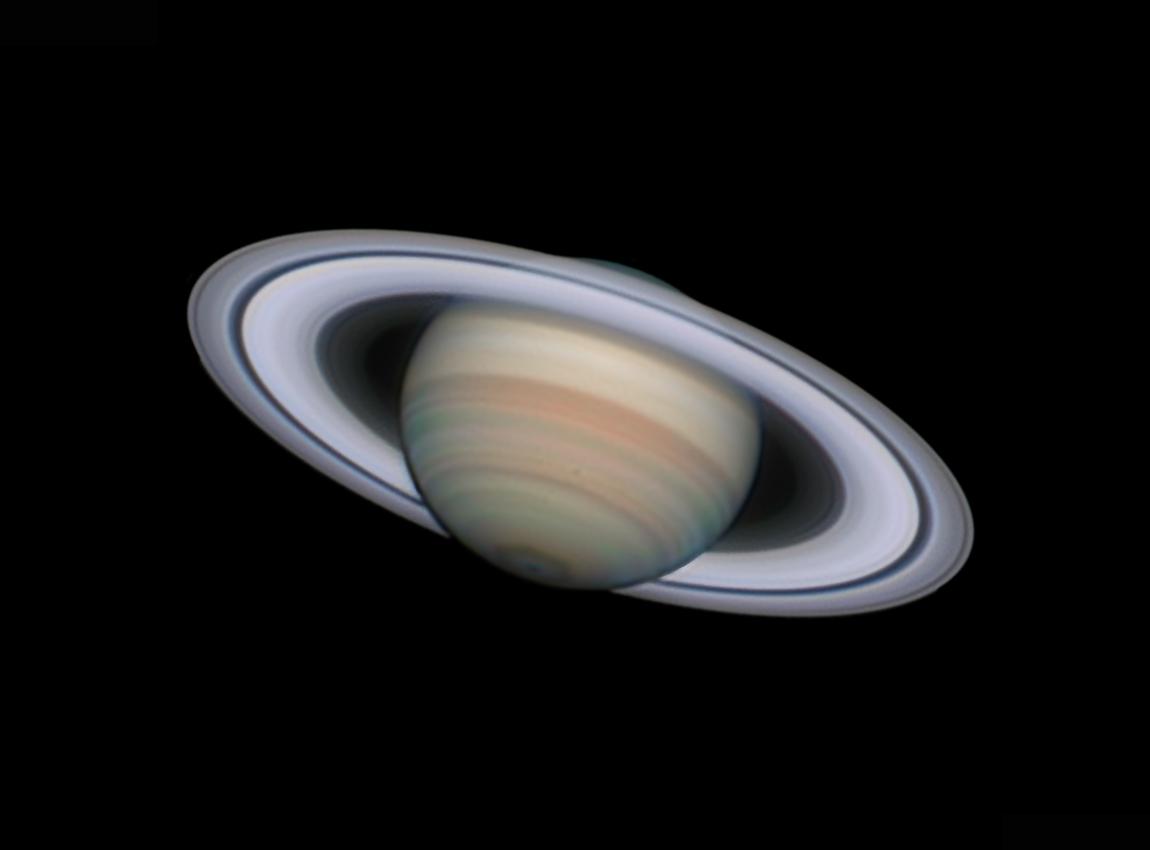 See a planet at opposition

Saturn moves into opposition on 14 August: its face will be fully illuminated by the Sun, so it will be at its brightest.

Neptune and Jupiter do the same on 16 September and 26 September respectively. These moments are potentially great opportunities for astrophotography, but it may be worth trying your techniques out on Saturn first, because Neptune will be a real challenge.

However, even with the naked eye Jupiter and Saturn will be easy to see.

20 September will hopefully see the launch of the Rosalind Franklin rover, a delayed part of ESA’s Exomars mission (an orbiter is already in place).

It won’t actually land until the following year, but as the first European rover, we’ll be tracking it with excitement. Is this the mission that can answer whether there was (or is) life on Mars?

With a maximum rate of around 15 meteors per hour, the Orionid meteor shower, peaking around the night of 21 October, is hardly the most active of showers this year. But with the Moon in the narrowest of crescent phases, a hopefully clear sky and low light pollution, this may well make for a fair event.

As with other showers, fill your view with the sky and take a look for the bright streaks of light that come from small grains left behind by the famous Halley’s Comet as they crash into the Earth’s atmosphere.

Given that most of the world, the UK included, will miss out on the partial solar eclipse in April 2022, it’s nice to know we’ll have another chance on 25 October.

Starting around 10:08am GMT, the Moon will begin to pass between the Earth and the Sun, blocking out a portion of its light. Don’t expect day to turn to night though: this eclipse is only about 25 per cent of totality, meaning only a small fraction of the Sun will be covered at its fullest point around 11am.

However, with eclipse glasses or a safe pinhole camera projection, observers will be treated to one of the more visually impressive reminders of the constant motion of our solar system. 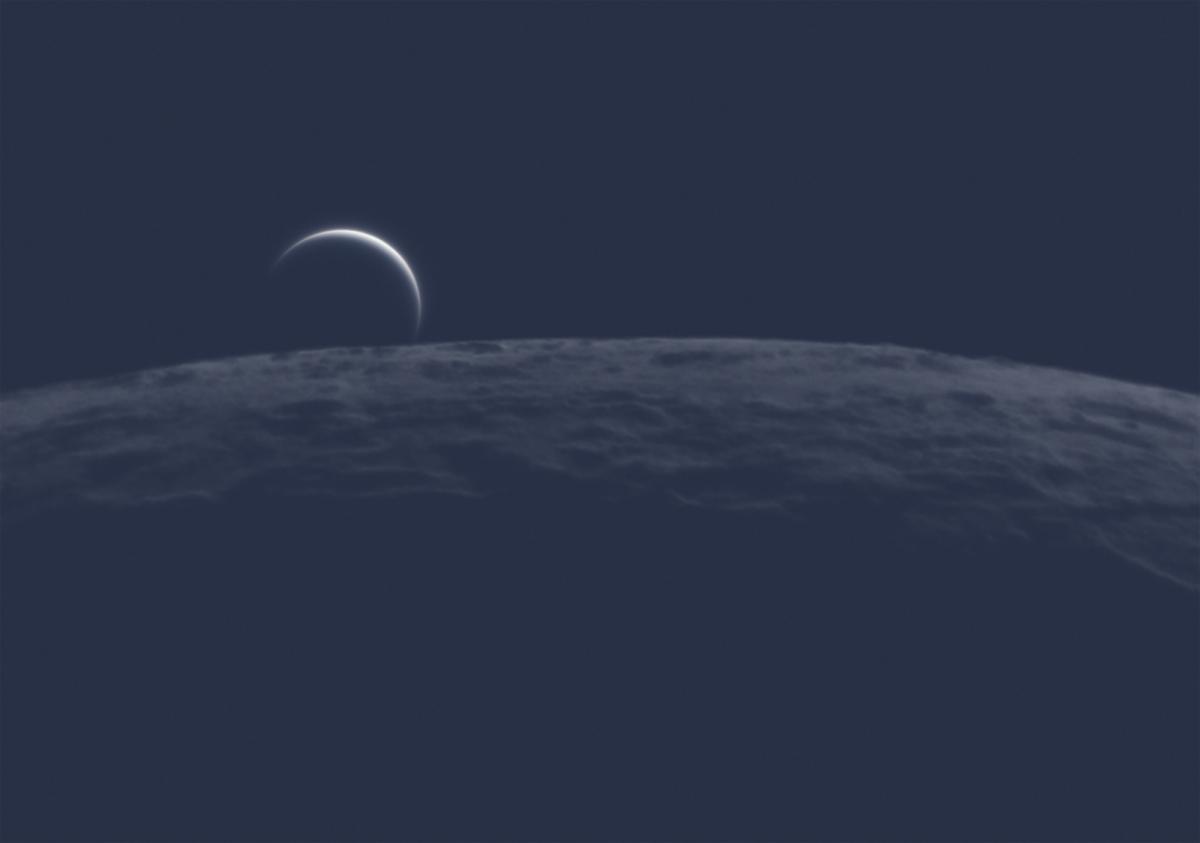 Celebrate the Apollo 17 anniversary with a Cold Moon

It has been 50 years since we’ve last been back to the Moon and, with the next chapter in human exploration hopefully just around the corner, it’s a great time to look back.

On 7 December 2022, it will be the 50th anniversary of the launch of Apollo 17, the sixth and final mission to actually touch down on our nearest neighbour.

Conveniently, that evening will also be the night of the Cold Moon, the full moon of December, so you can even try and take a look for where the lander arrived only a few days later. A valley, known as Taurus-Littrow from the names of the mountains and crater found nearby, it is found on the south-eastern edge of the Sea of Serenity, to the top right of the Moon’s surface when viewed from the northern hemisphere of the Earth).

Watch for the opposition of Mars

Speaking of human exploration, Mars is our next big hope after we head back to the Moon this decade.

While people landing on Mars may be some way away yet, that doesn’t stop us from enjoying the view from here on Earth. On 8 December, Mars will reach opposition, when it will be closest and brightest in our sky. As a bonus, because it is occurring in the winter, it will be high above the horizon, making it an excellent target for binoculars or a small telescope, though the unaided eye will have no trouble spotting it either.

And don’t worry if you miss it on the day: Mars will be a big and bright for a month or so either side of this time, so there are plenty of chances to see it for yourself.

Peaking around 14 December, the Geminids, with up to 120 meteors per hour, are one of the best meteor shower displays you can see all year.

Well placed for observing in the UK, as with most showers your best chance to see meteors is in the early hours of the morning around the peak, though a good number should be seen any time from a few hours after sunset. Fill your view with the sky (a deckchair is a great help here) and wait for the lights to appear. And, given this is a midwinter wonder, don’t forget to wrap up warm!

Guide to the night sky