Join a live panel discussion, led by artist and educator Sharon Walters, exploring the importance of online historical research spaces led by Black historians, and how they impact change from traditional white institutions.

How do these accounts function as spaces to address the gaps and misrepresentation of black people in museum collections?

This event is free, but you must book a place online in advance.

This panel is part of the Migration, Heritage and Belonging Project - find out more here.

Fiona Compton is a London based Saint Lucian photographer, artist, filmmaker and historian. After graduating from London College of Printing in 2005 with a BA in photography, Fiona has been working as a professional photographer, working for the UK's largest publishing houses, travelling between the UK and Europe to photograph some of the most influential figures in the world of Finance and Banking.

Over the past 13 years her work has explored the various disparities in representation of the Afro Caribbean diaspora within art and mainstream media.

In 2017 she launched her multi disciplinary project ‘The Revolution of the Fairytale’ which celebrates lesser known heroes from Black History under the nostalgic platform of well known fairytales.

Her films have been screened across the globe, winning several awards, including Best Documentary and Best Director for Caribbean Film and Fashion awards, and have also been featured in the UK Cabinet office.

Fiona continues her mission to educate in innovative ways through events and online through her account ‘Know Your Caribbean’ via Instagram which facilitates educational posts in short palatable bursts. Fiona also has run creative workshops for children and young people teaching the history and culture of the Caribbean and its linkages to Africa, in venues such as the South Bank Centre and Black Cultural Archives in London. Her clients have included HSBC, Amazon, Sony Music and Cosmopolitan magazine.

Fiona remains a strong advocate for her history and culture and is an Official Ambassador for London's Notting Hill Carnival, the second largest street festival in the world.

Fiona also explores through her photography and filmmaking the inner struggle and incessant dialogue within ourselves. Through her duplicity series, she brings to life the internal battles that most of us can relate to. Much of her work surrounds self empowerment, identity and challenging representation. Her work has led her to be part of several public speaking engagements, both locally and internationally.

Kyle Ring (he/they) is a Medical Doctor, Historian, Genealogist, Writer and Curator of the Instagram account @in.hair.itance. They primarily work in HIV and Sexual Health in London whilst also undertaking a Masters in Postcolonial Studies at SOAS. Their interests lie in tackling health inequity as well as the effects of systemic racism and generational trauma on people of colour.

Sharon Walters is a London-based artist and educator, passionate about collaborating with communities, particularly under-represented groups. For the past three years, Sharon has been working on a self-directed, hand-assembled, mixed media collage series entitled 'Seeing Ourselves'. The work has gained much recognition globally and is regularly shared via her london_artist1 Instagram platform. The series is a celebration of black womxn and explores themes such as portraiture, representation, afro hair and arts and heritage.

Experienced in curating programmes, interrogating and introducing collections, collecting stories and working with those whose voices are often unheard, Sharon often finds new, innovative ways to work with people across many environments. Her roles have included devising creative engagement opportunities, reaching new and existing audiences and working with diverse communities inspired by museum collections, both by who and what is included and excluded. The impact of her work has resulted in ongoing legacy and plans for projects and funding applications with marginalised groups. In all aspects of her work, Sharon aims to collaborate and empower others to bring about long-term, impactful generational change. 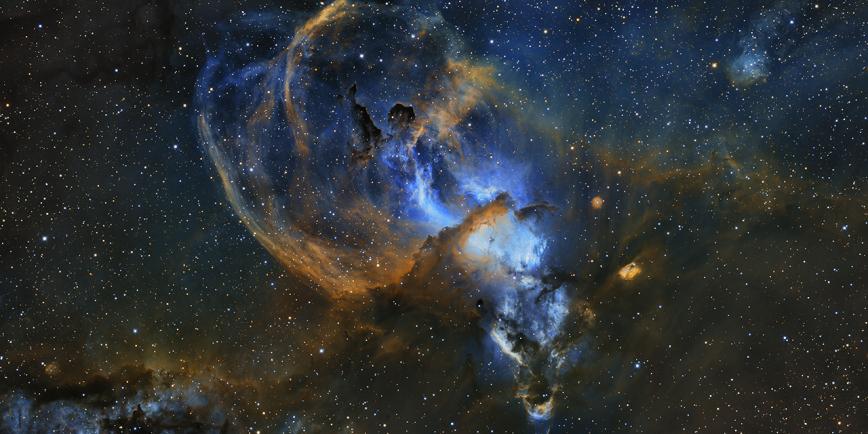 How accurate are science fiction films? Separate fact from fiction with astronomers from the Royal Observatory Greenwich
Friday 30 April at 7pm