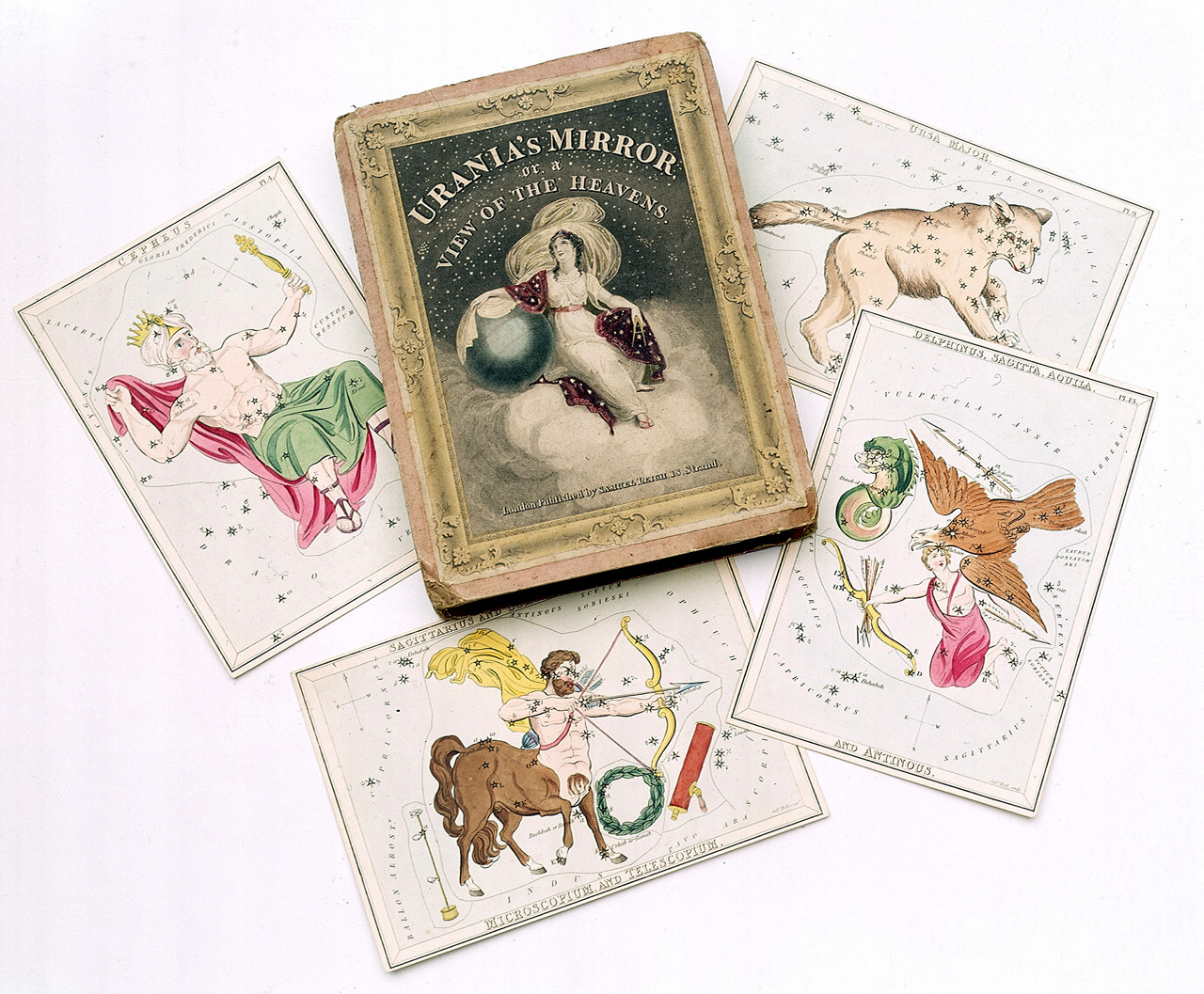 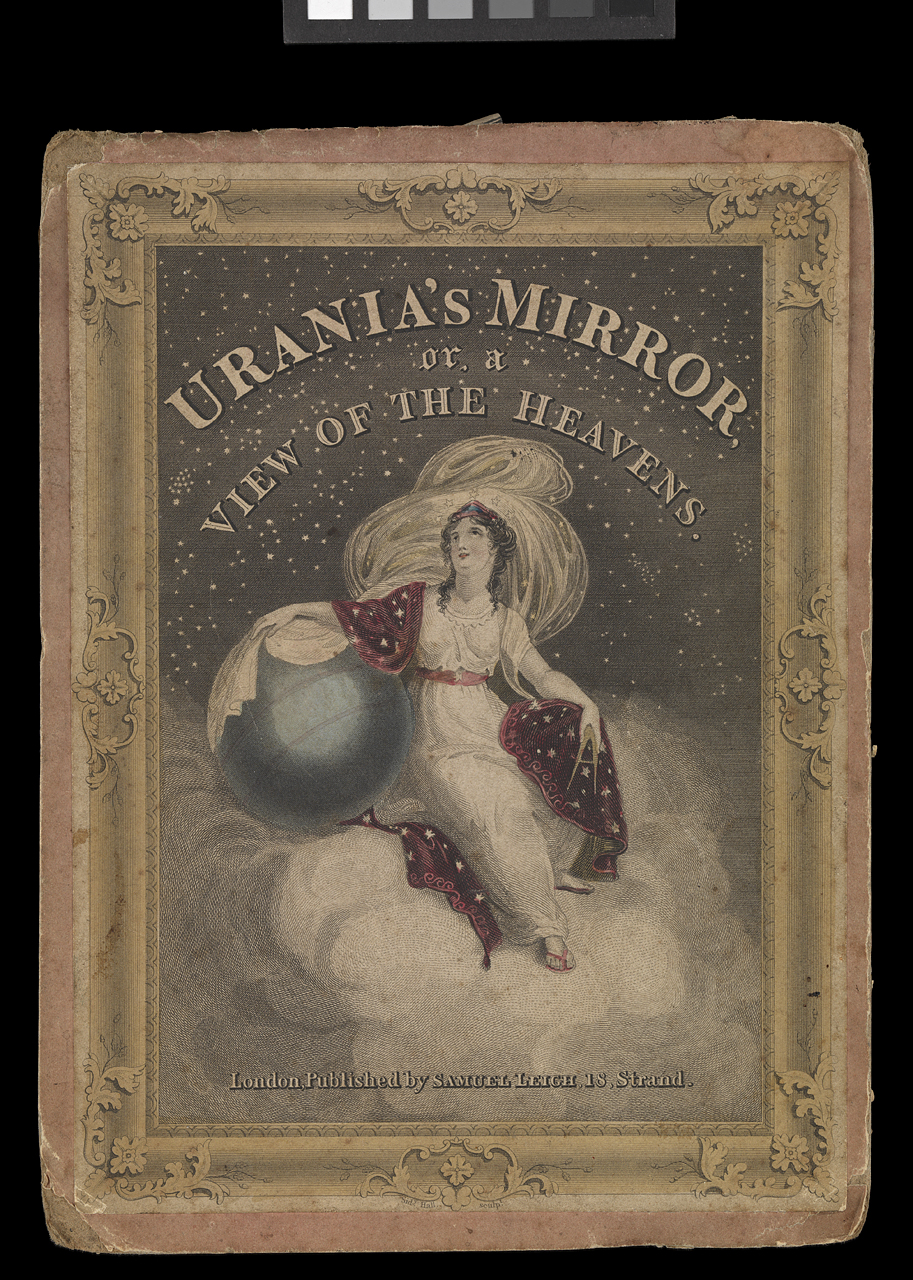 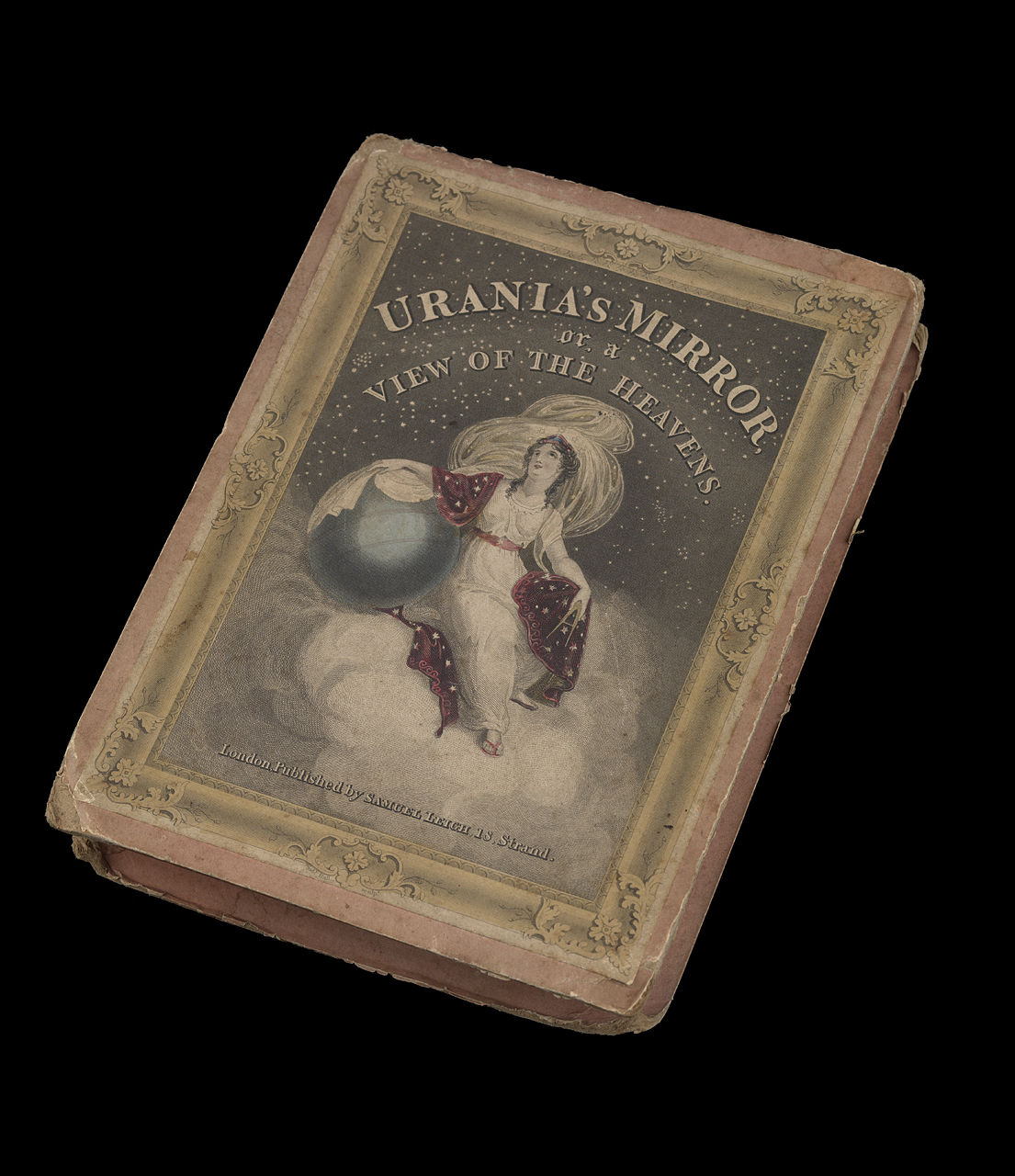 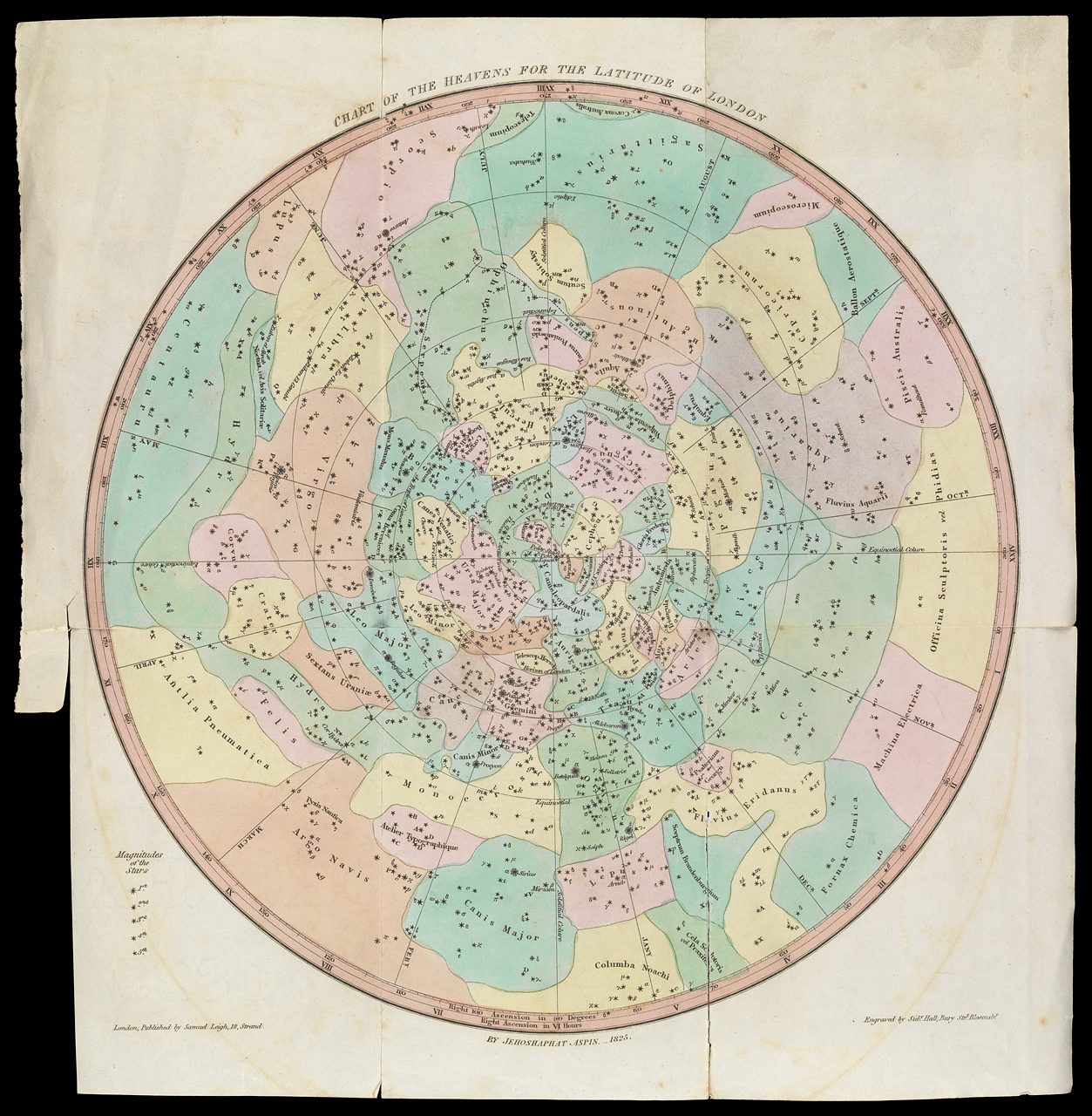 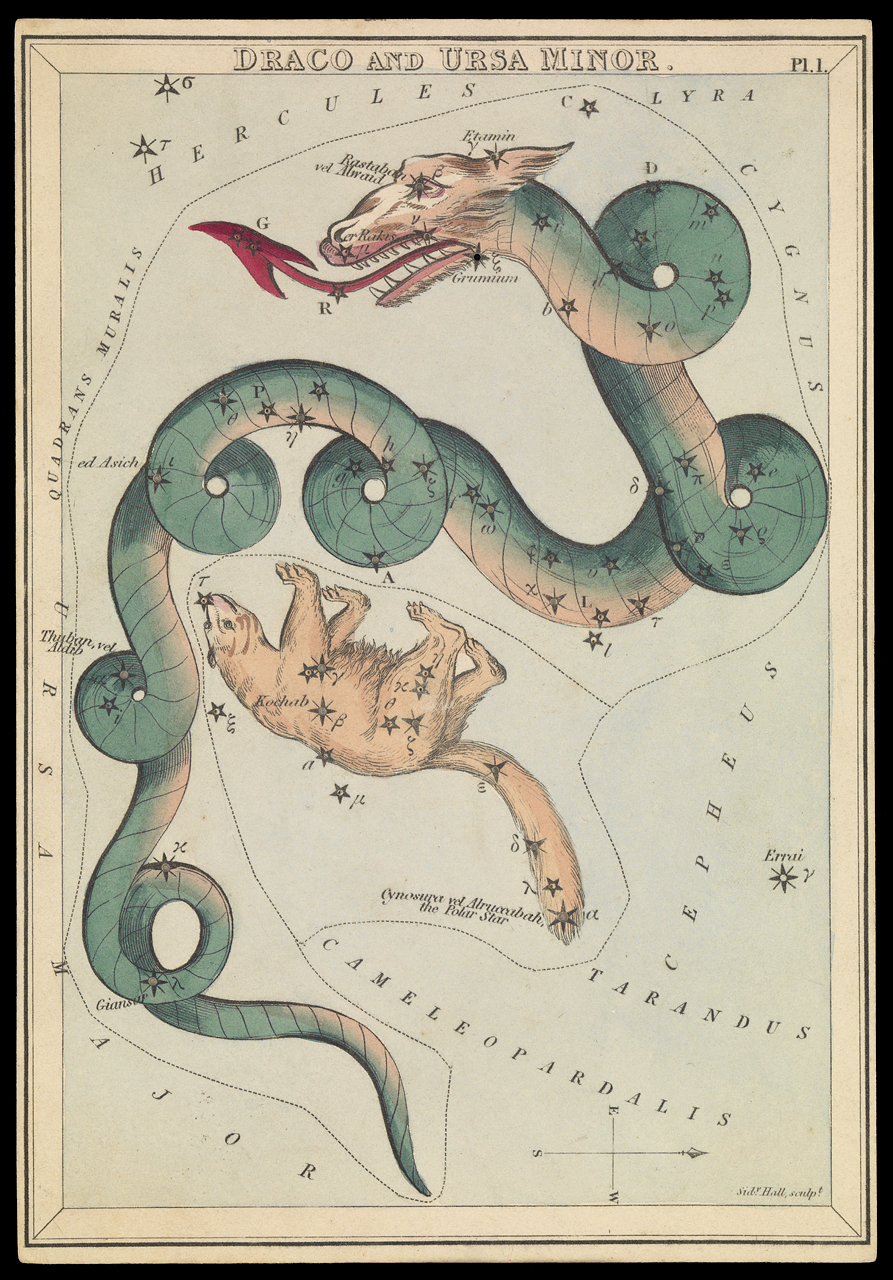 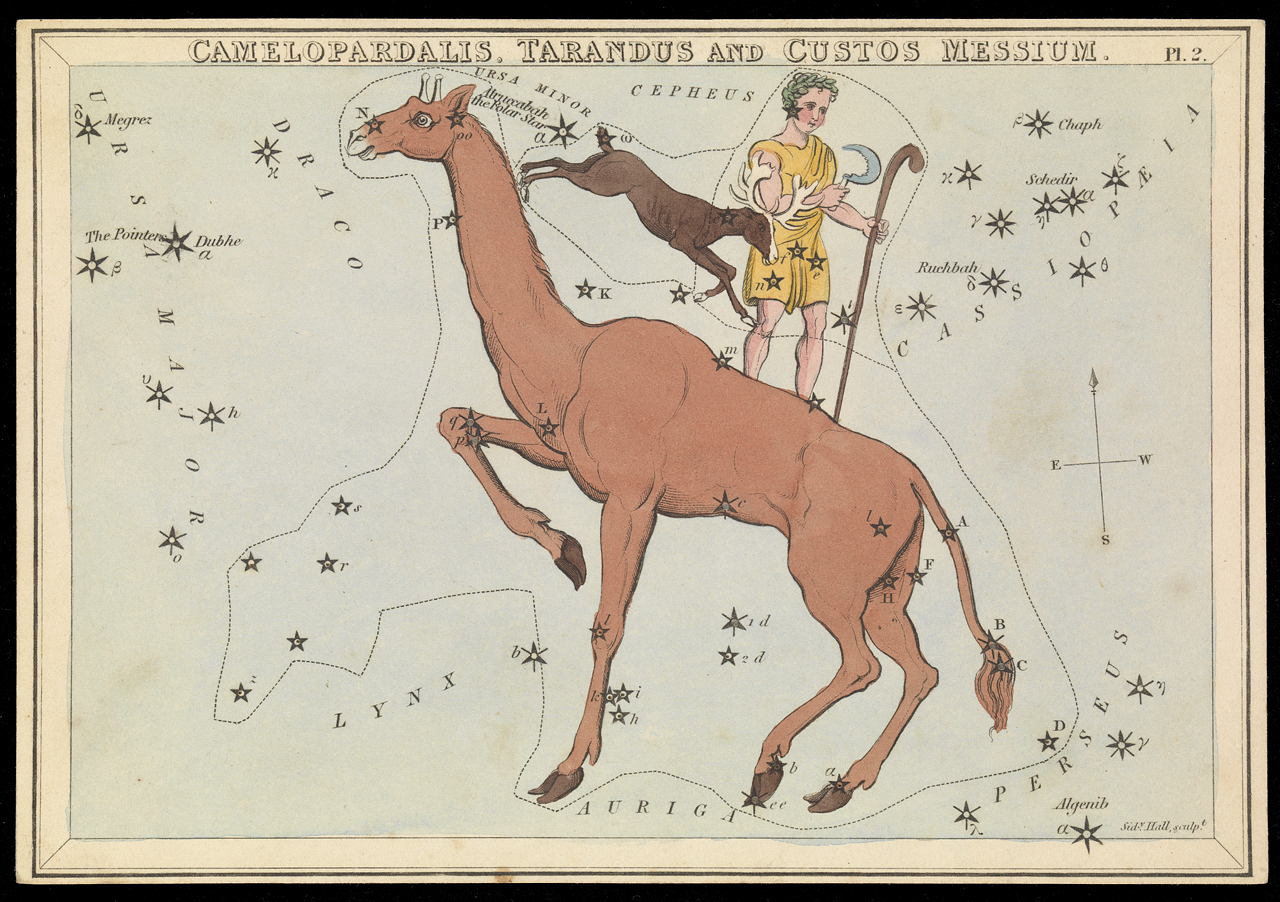 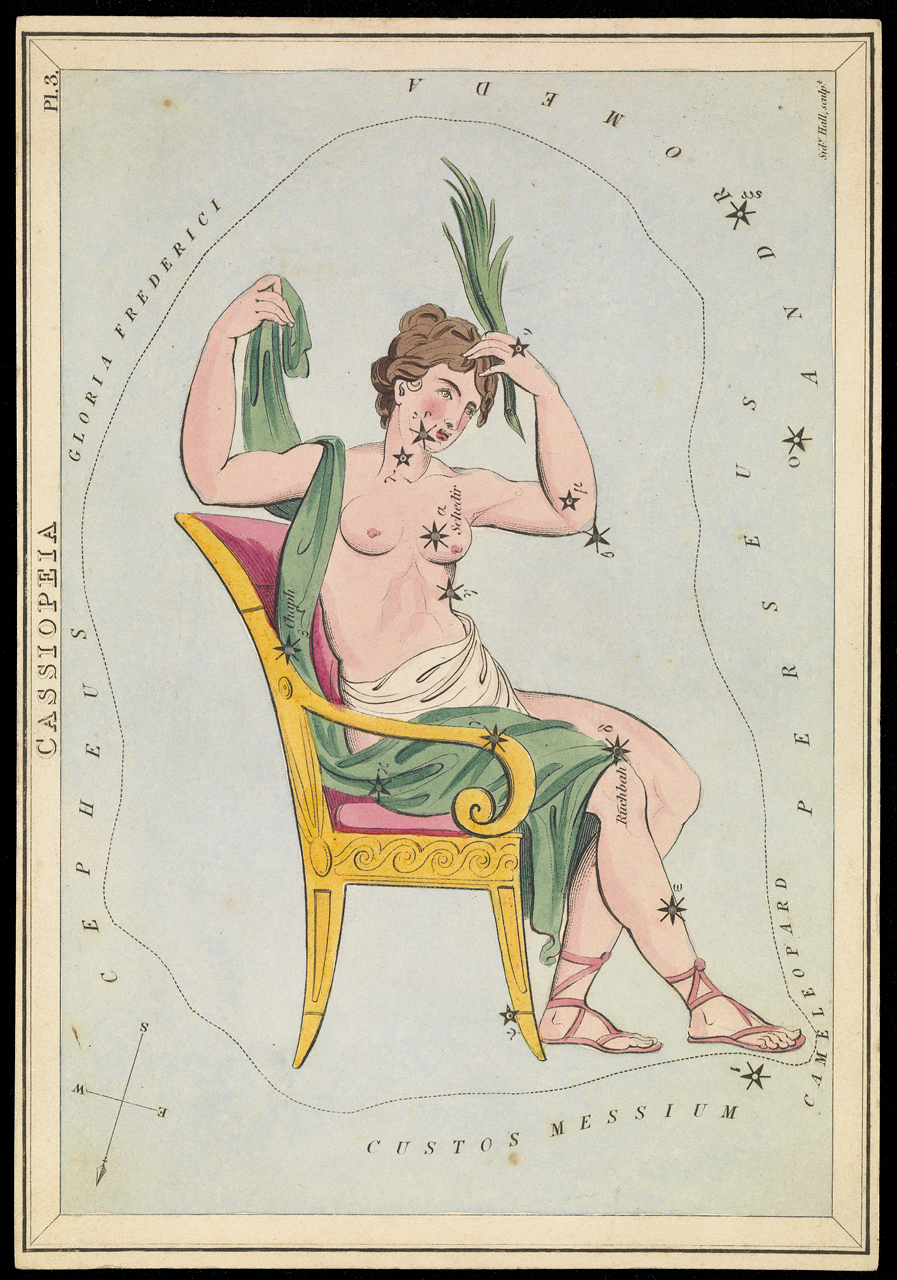 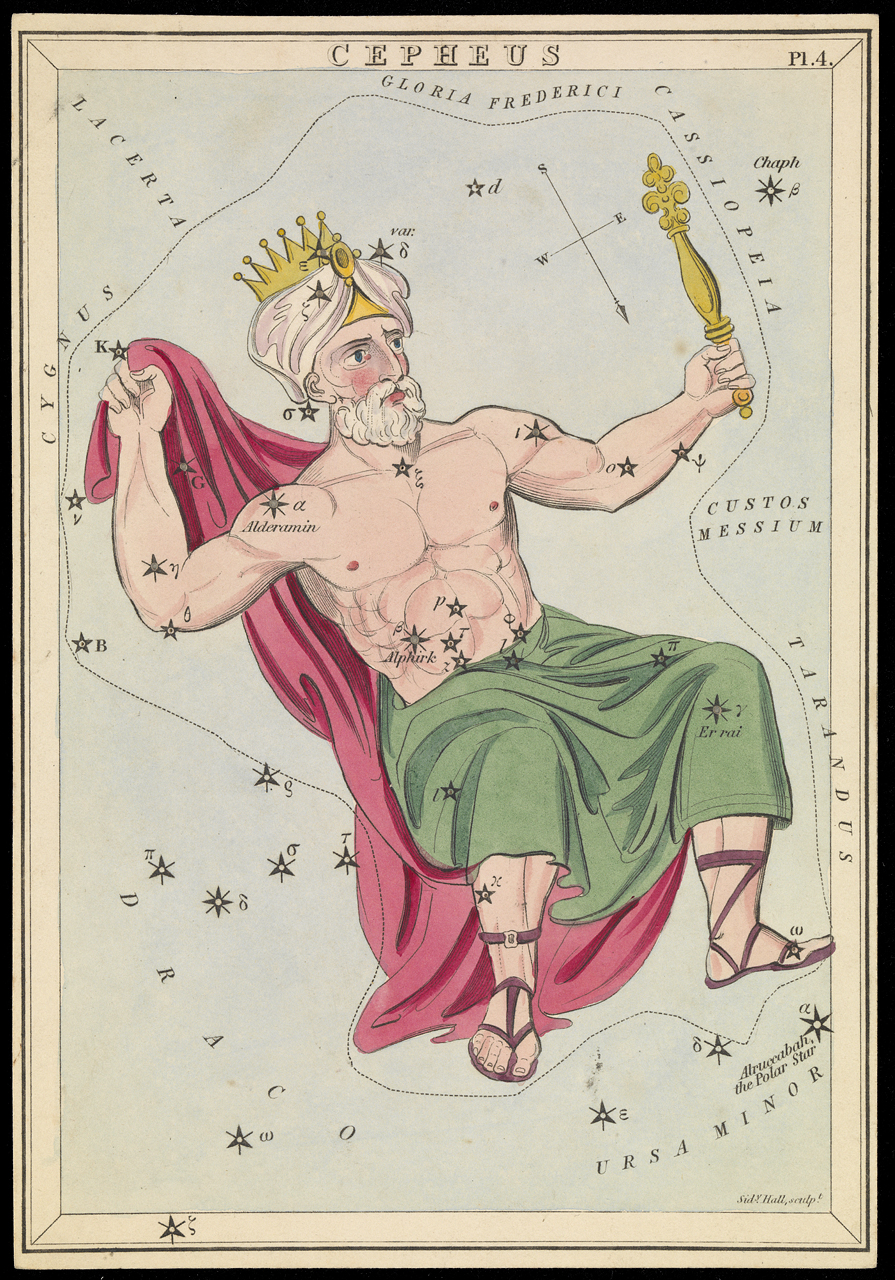 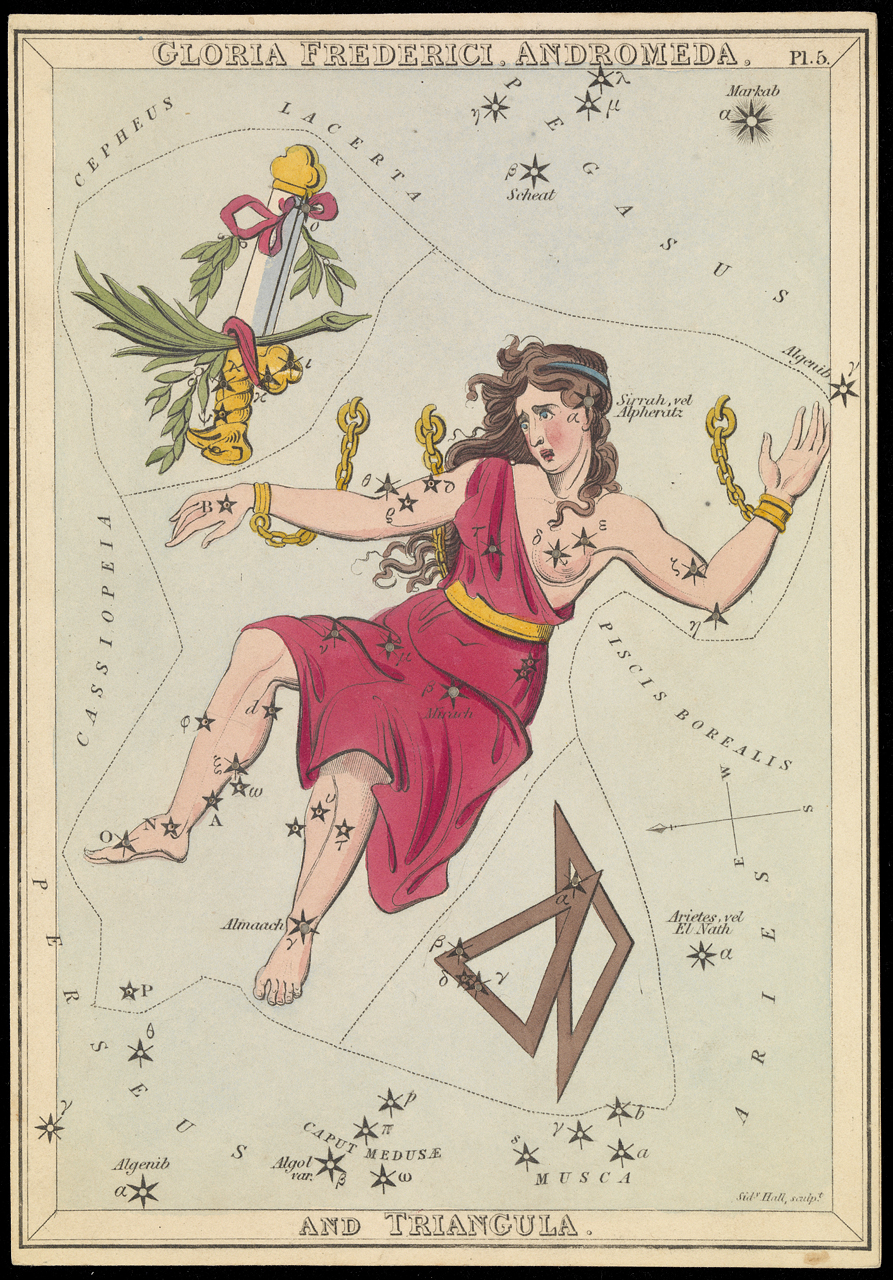 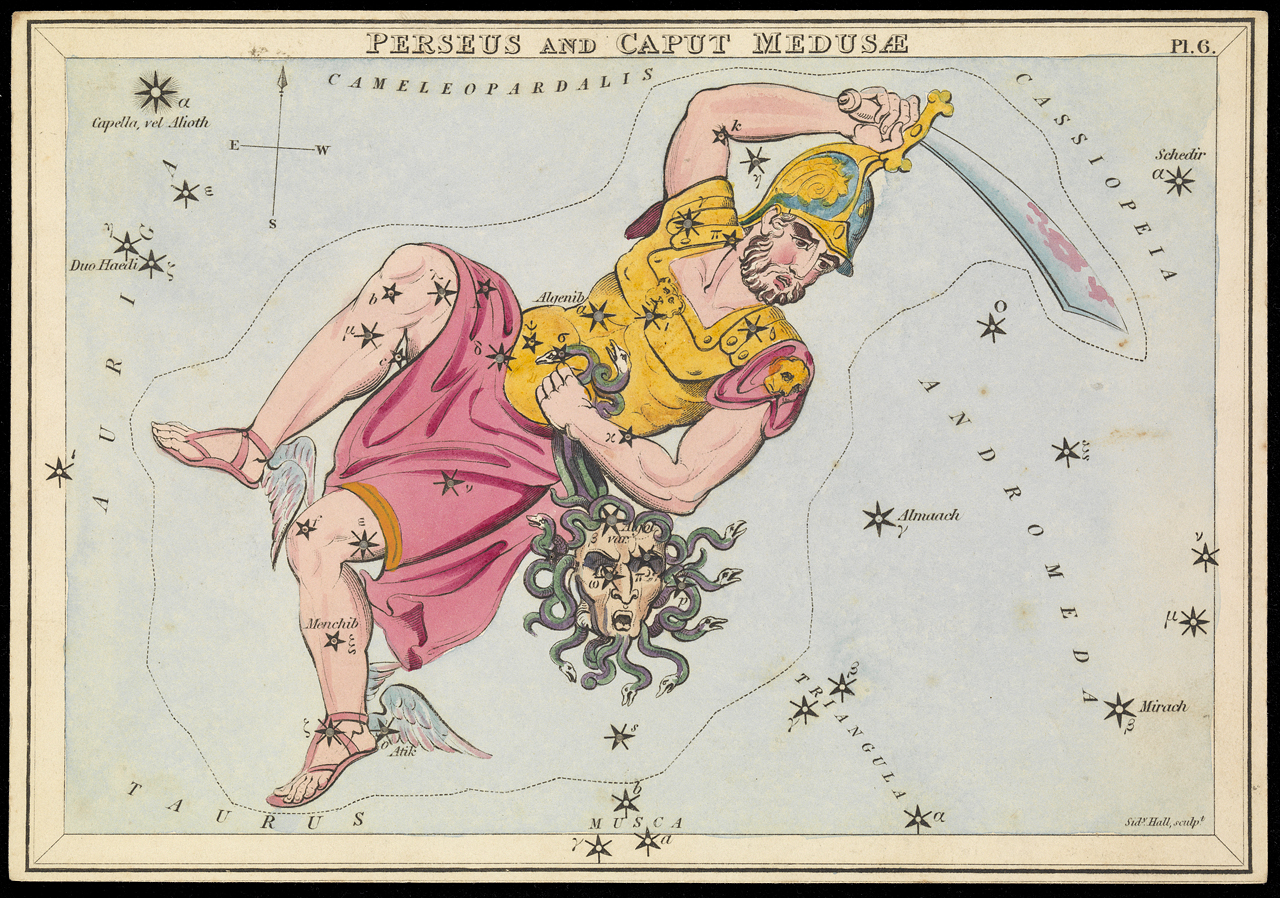 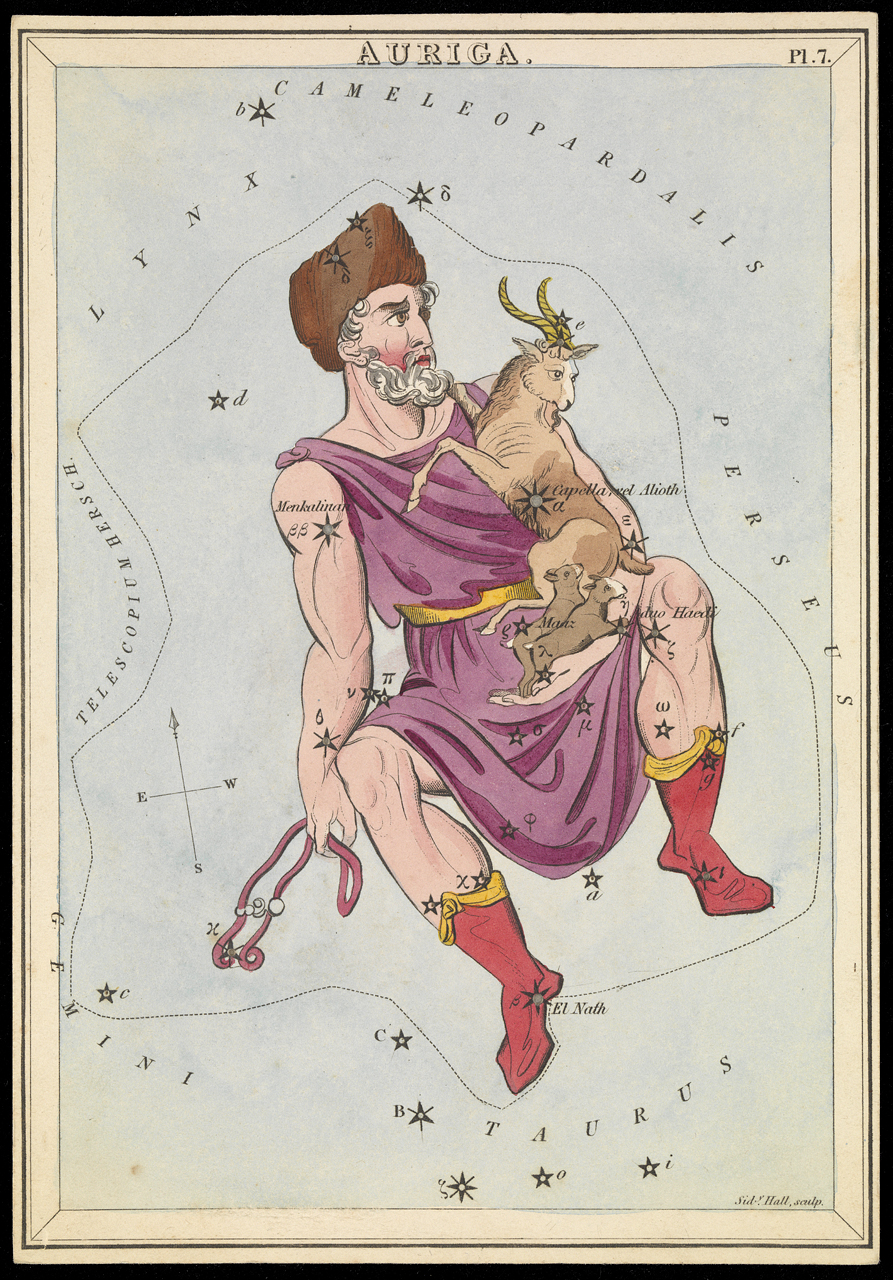 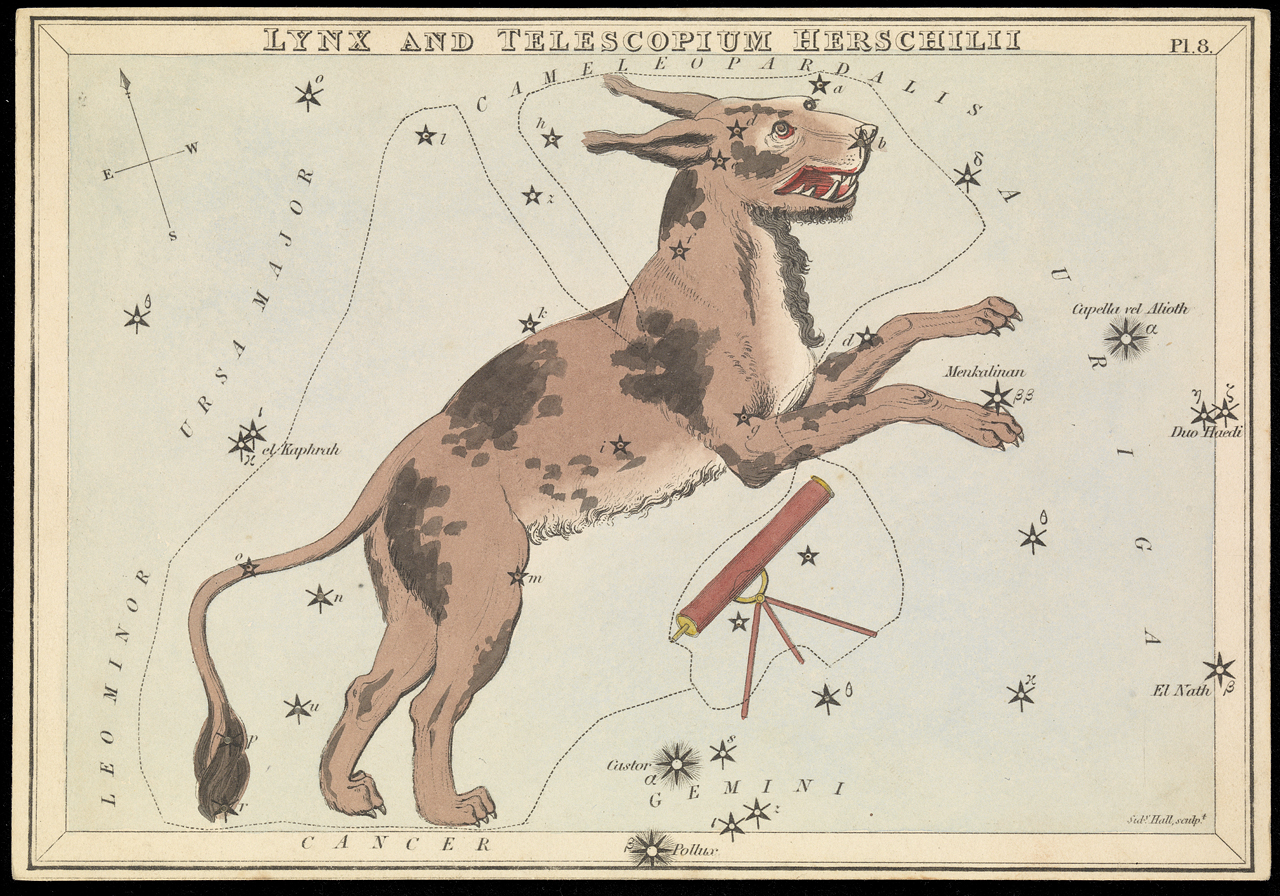 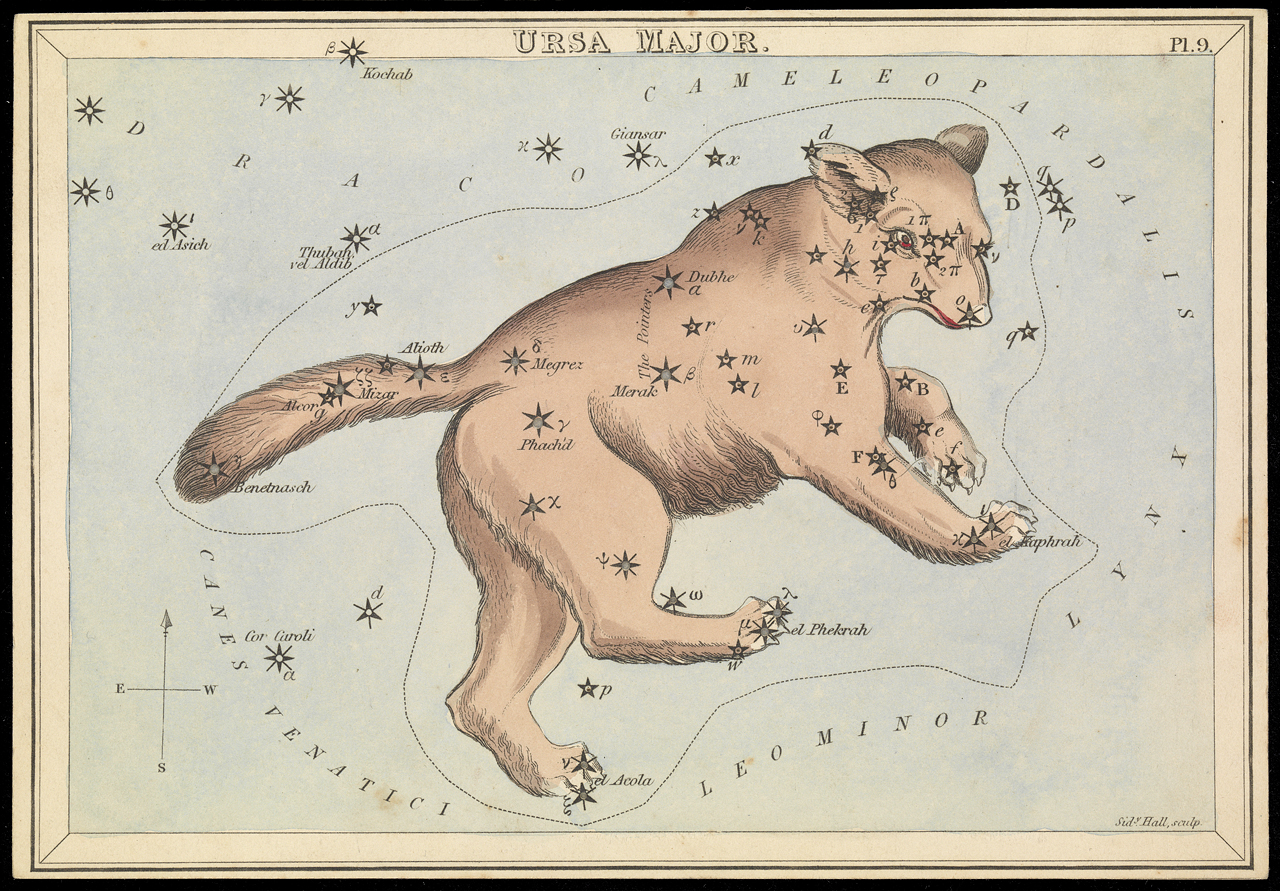 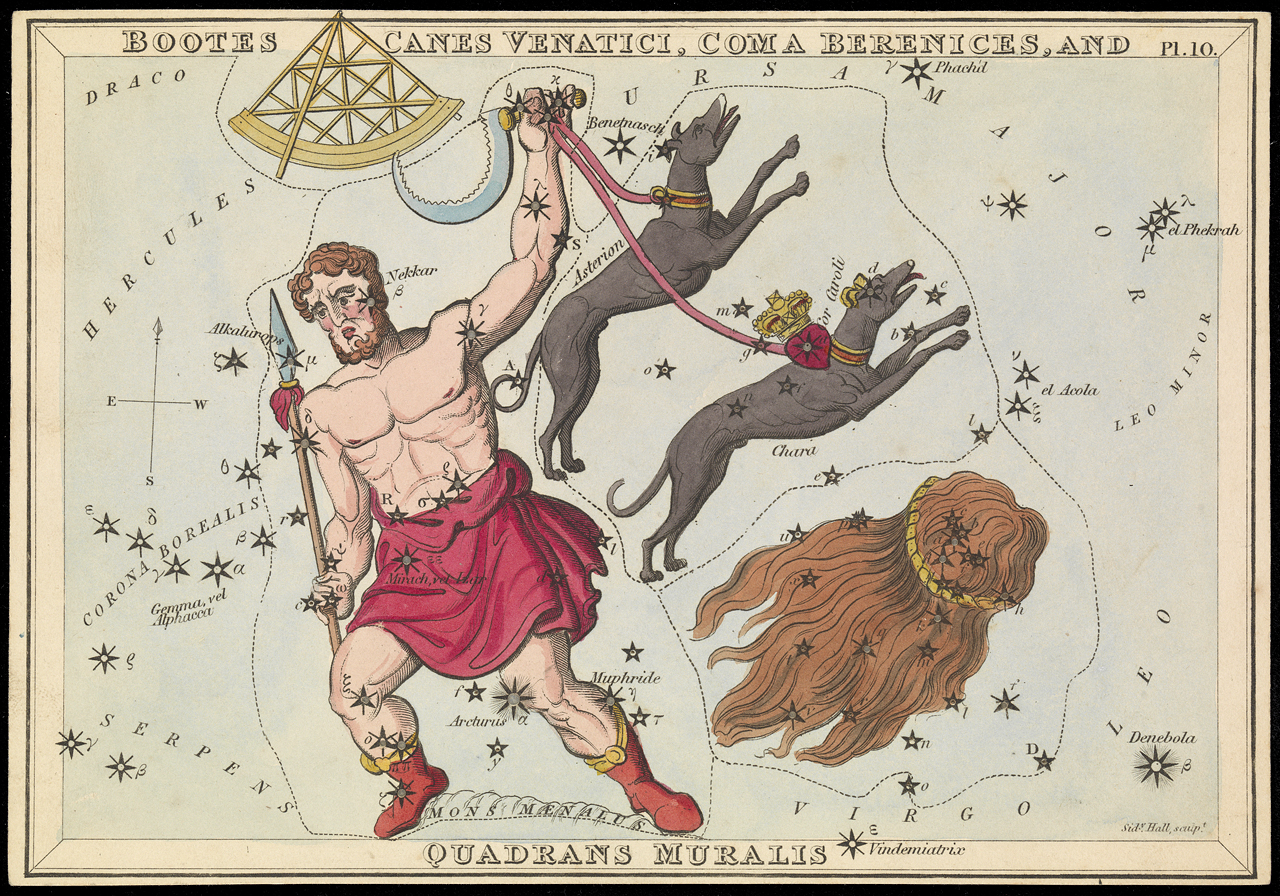 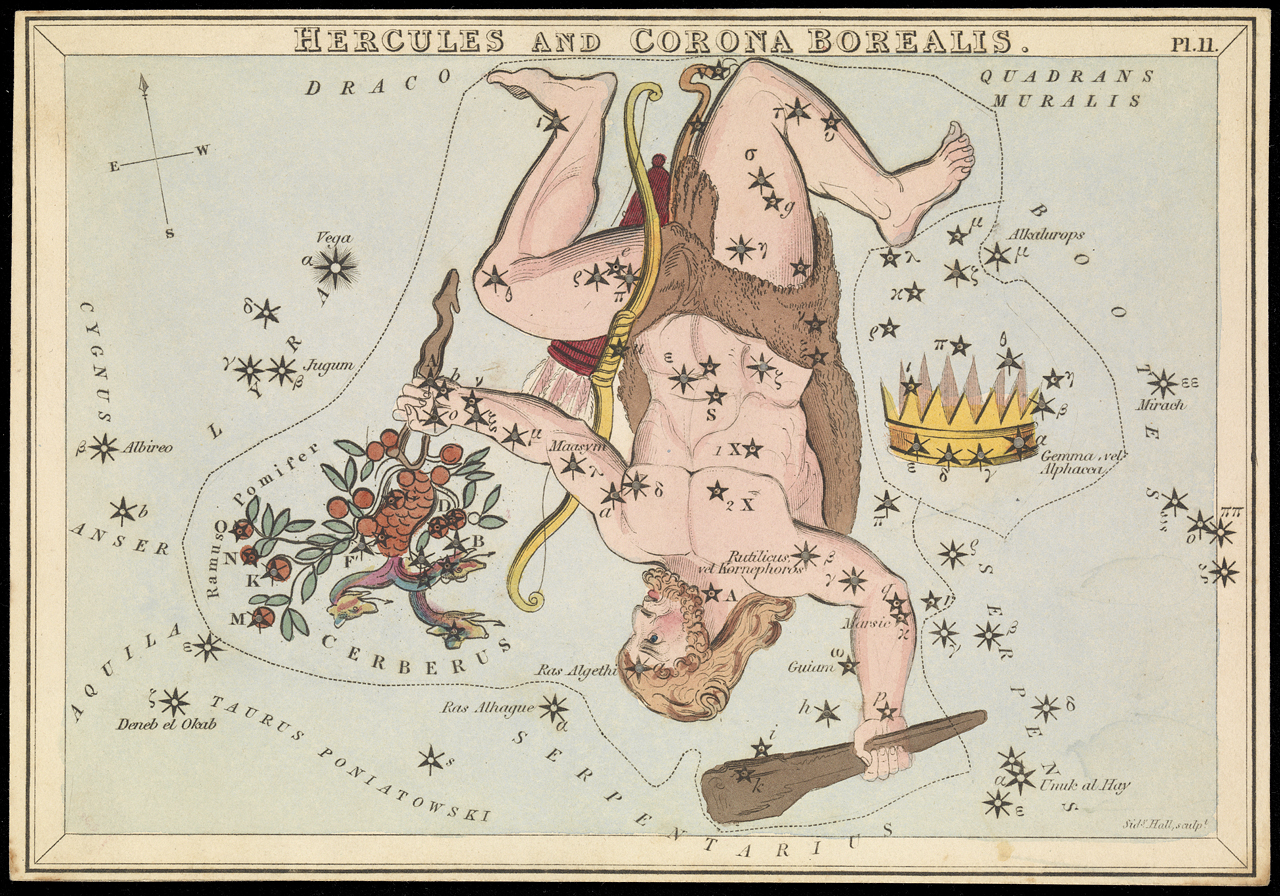 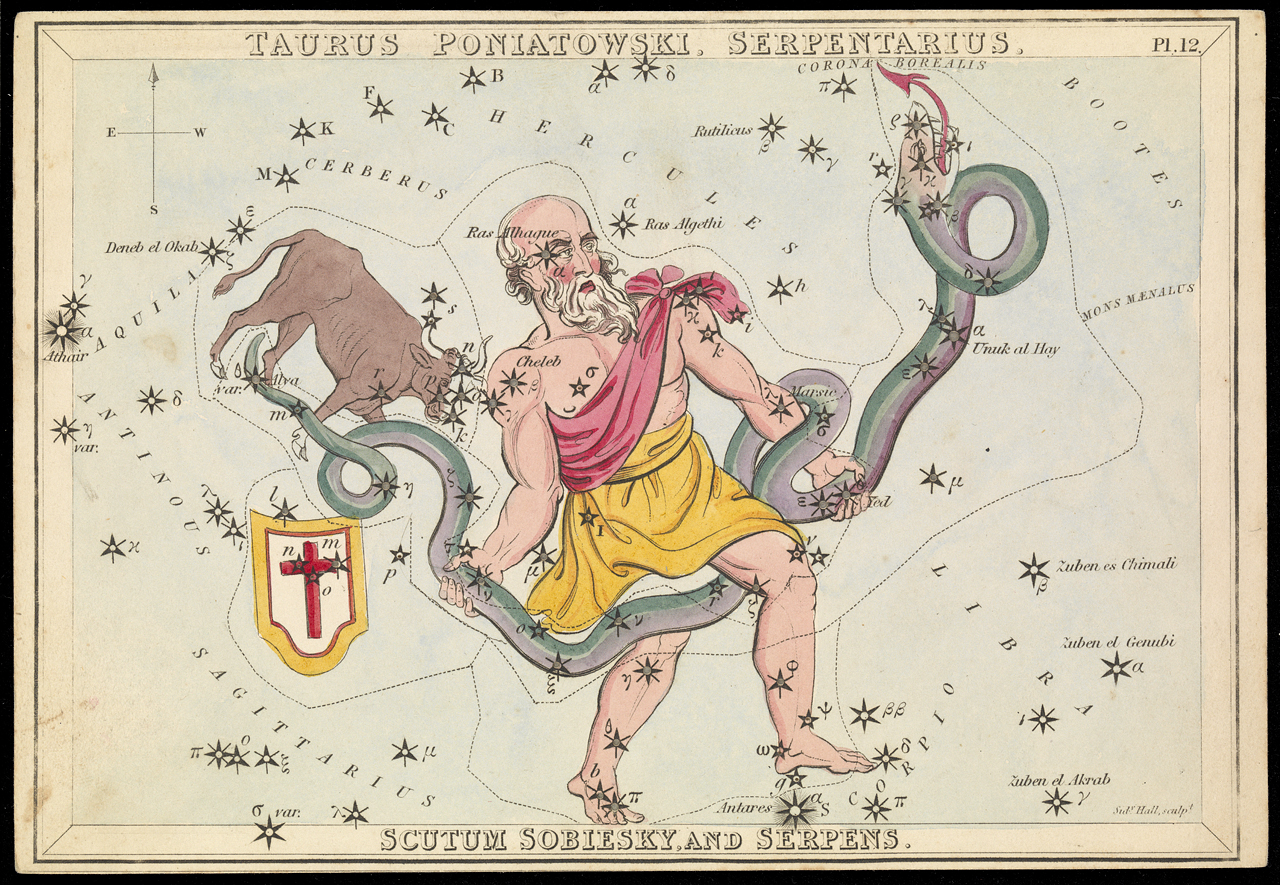 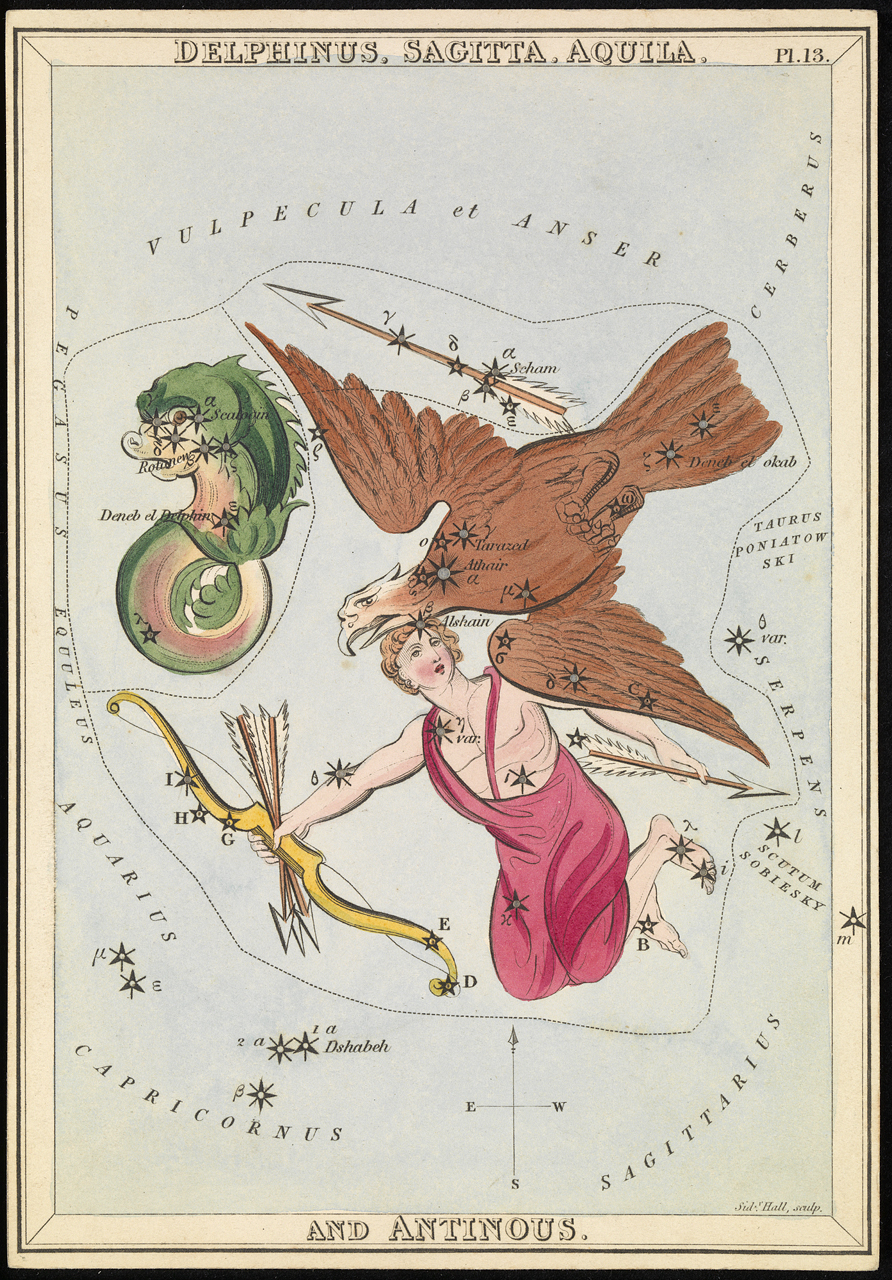 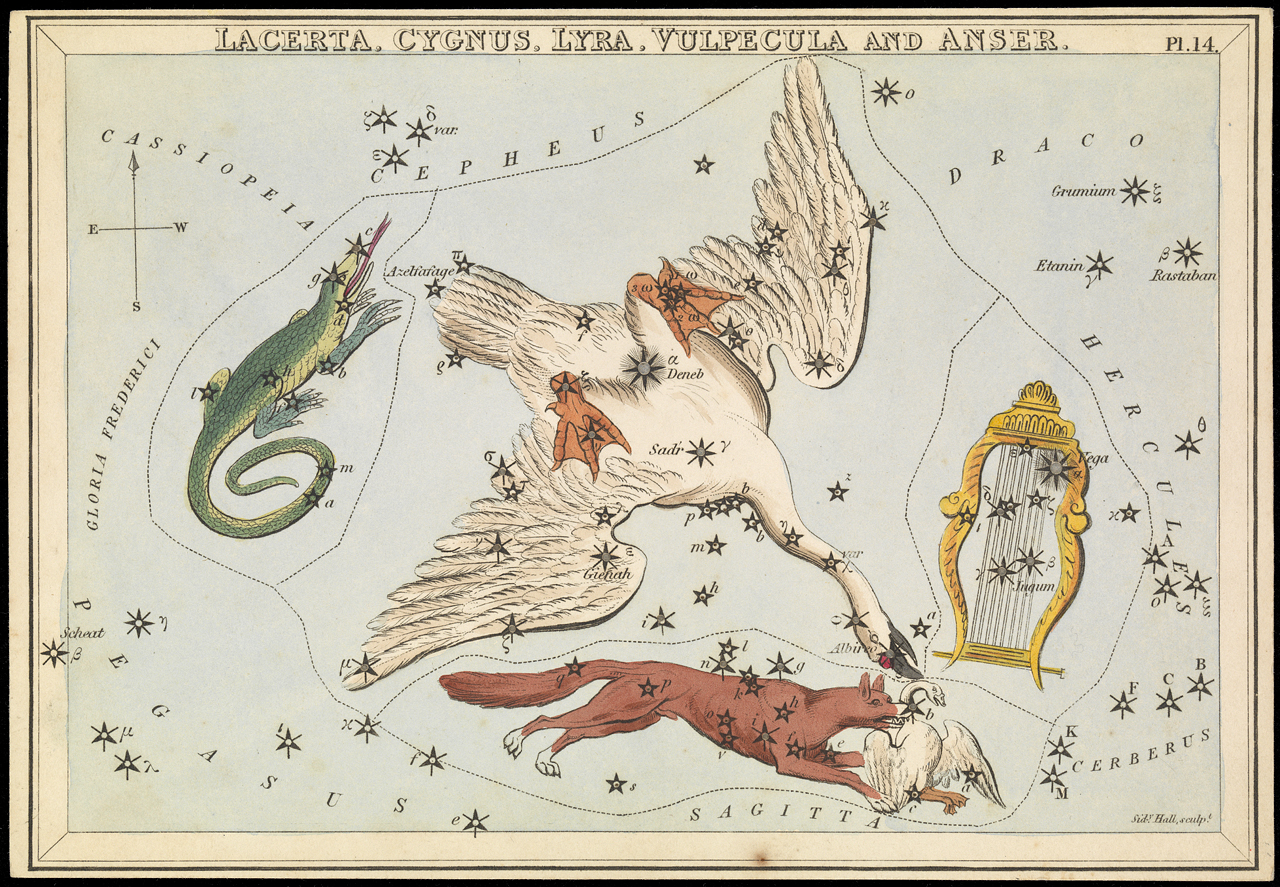 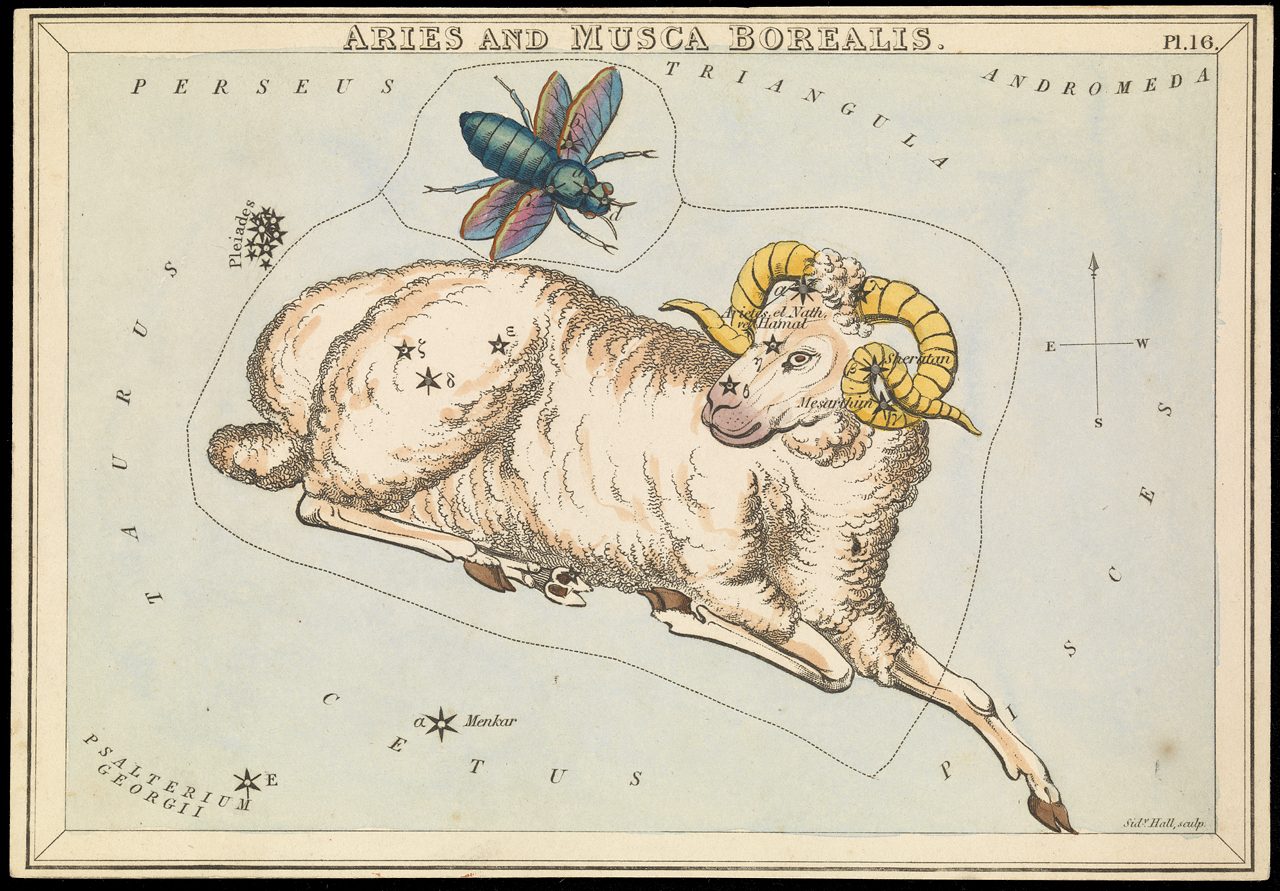 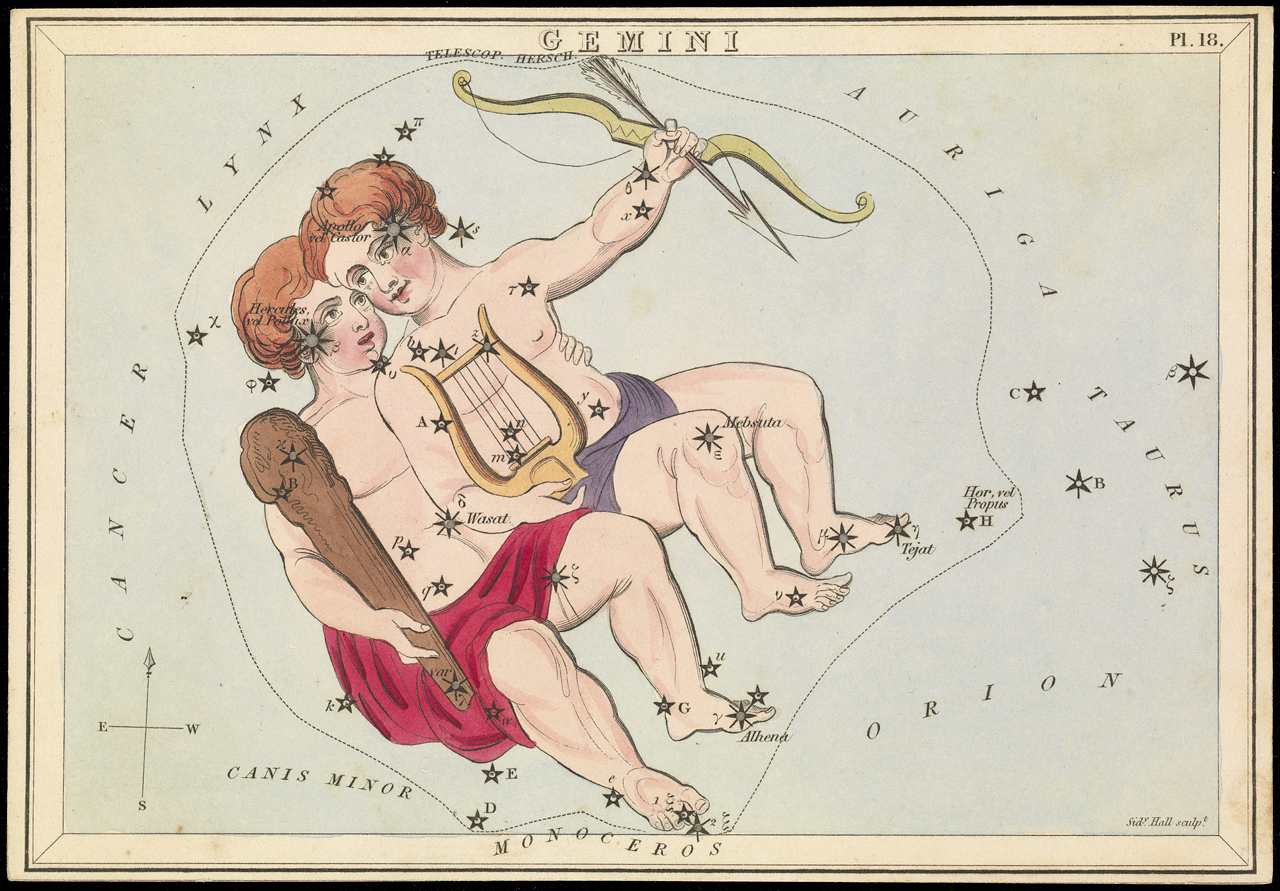 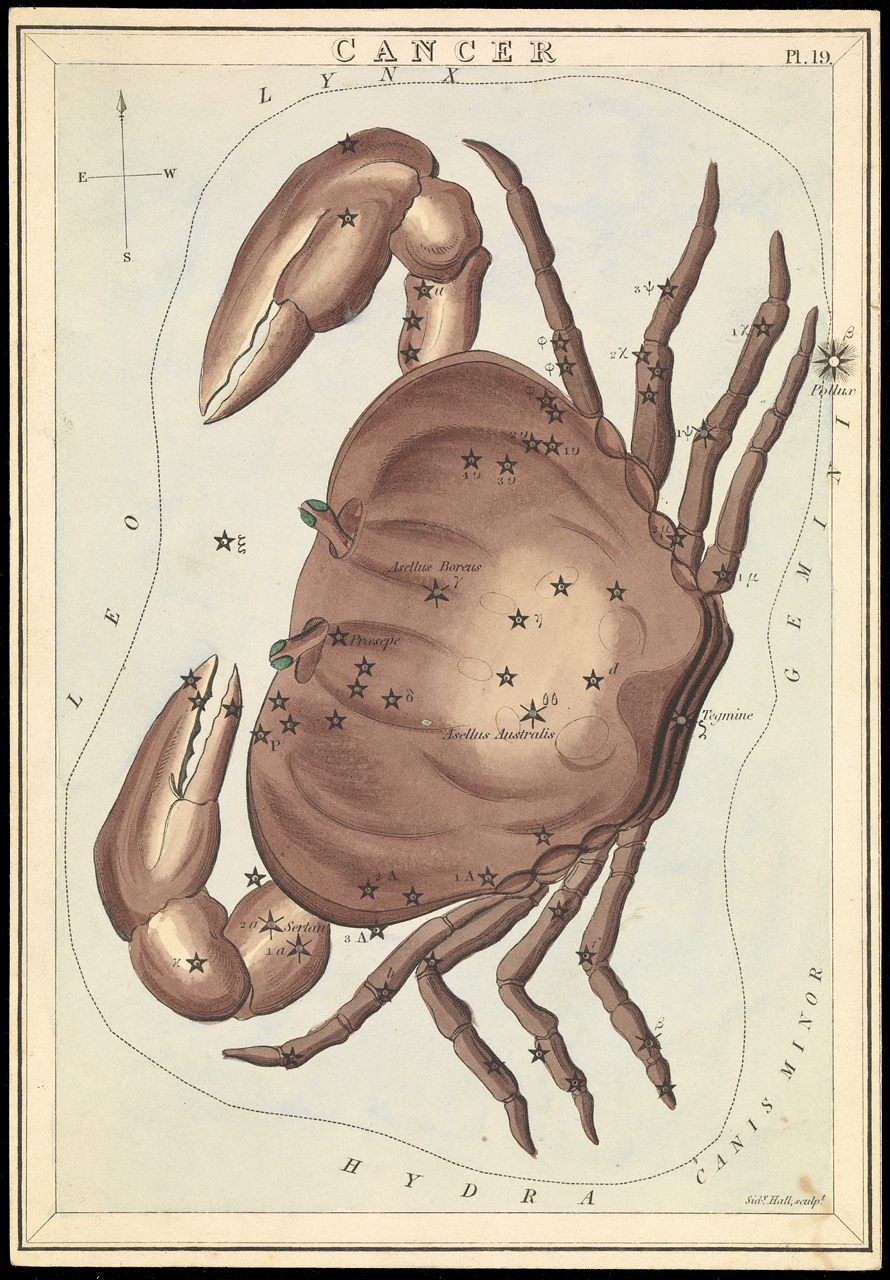 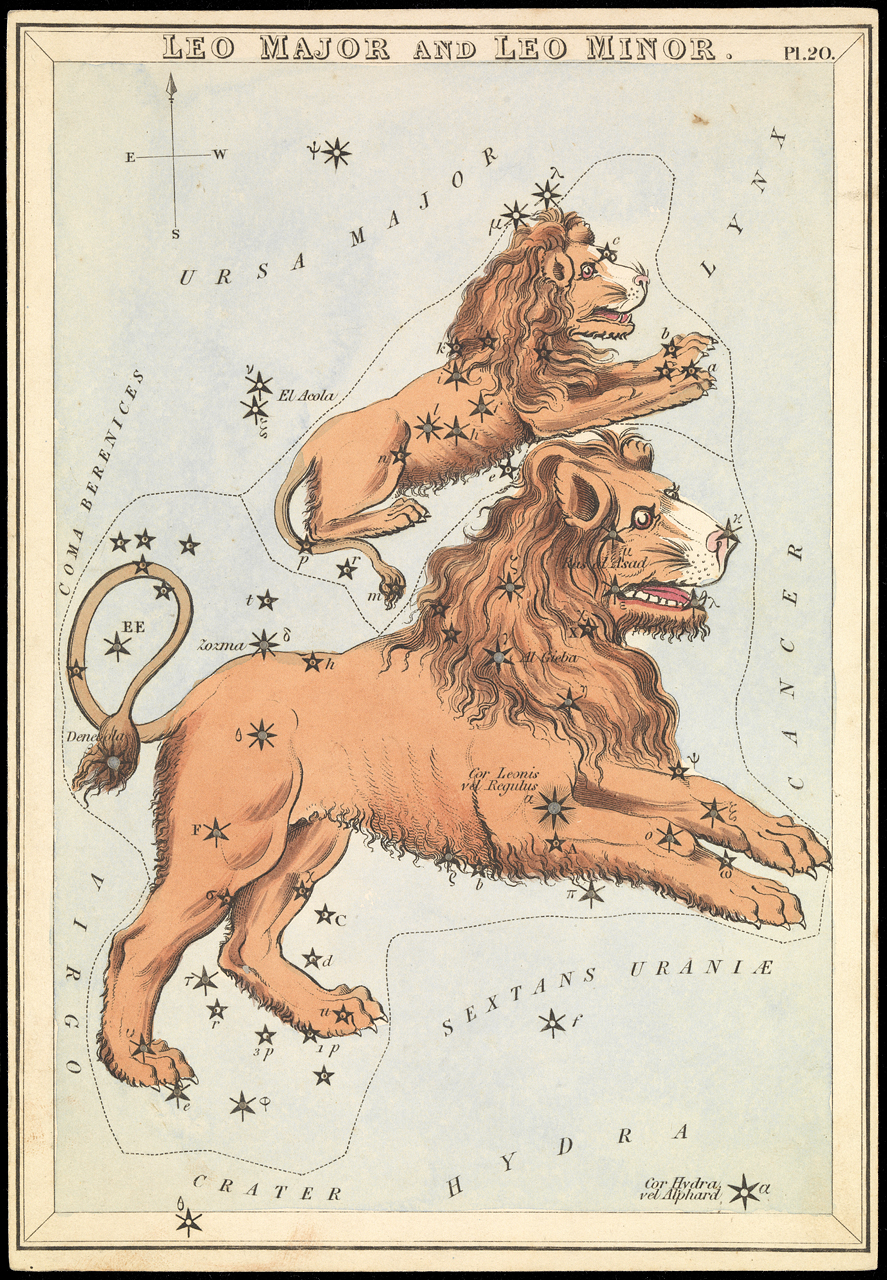 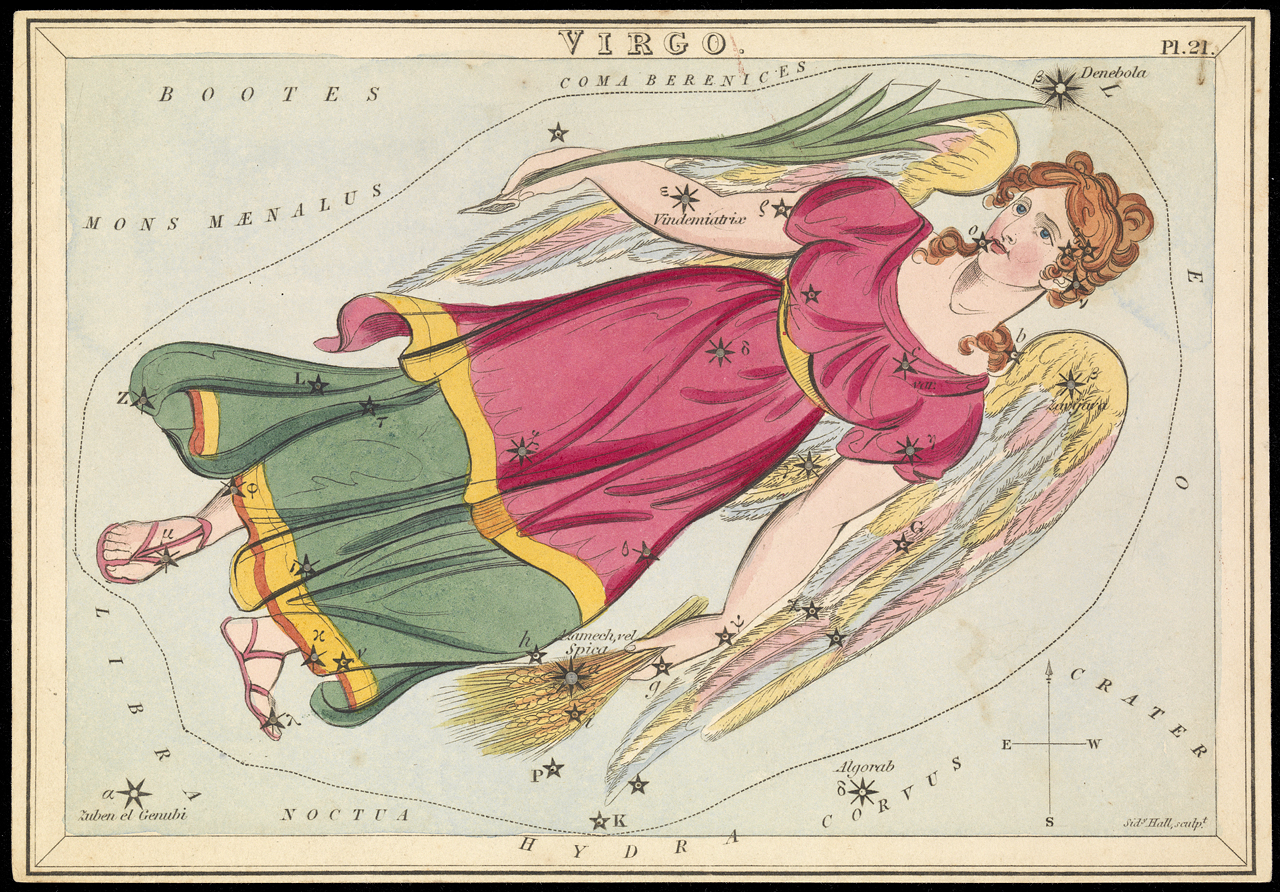 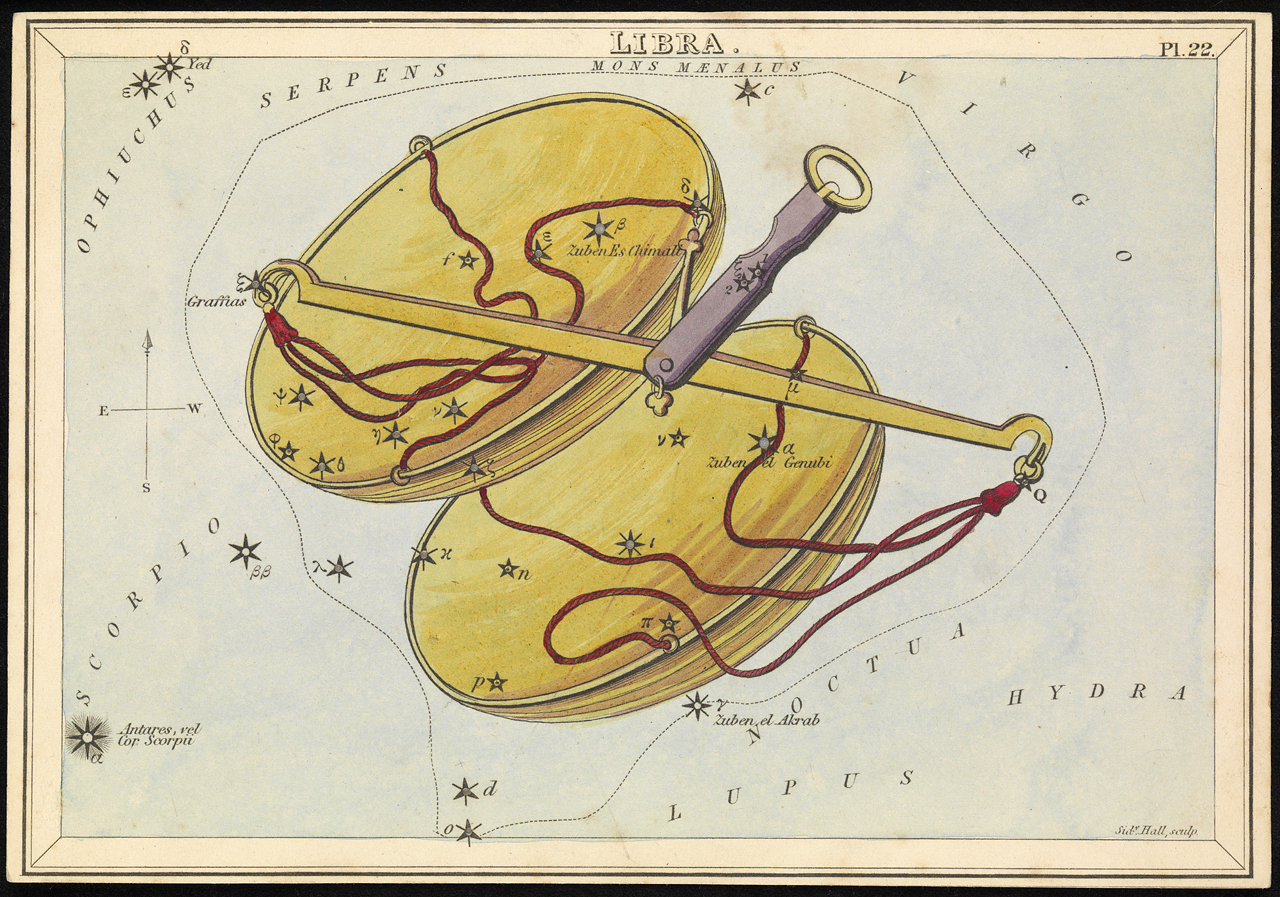 Urania's Mirror or a View of the Heavens

Set of 32 cards and one chart of the heavens for the latitude of London. The cards are hand coloured and show the contellations. Each star is pricked out in the centre, and due to the tissue paper backing, the light shines though when the card is held up.

Each card shows a painted figure or animal, as well as the four compass points and the names of the important stars. When a card is held up to the light, it gives a realistic representation of the constellation pattern, corresponding to the size and magnitudes of the brightest stars and guiding the novice astronomer around the night sky.

From the most ancient times civilisations have given names and mythologies to conspicuous patterns of bright stars to help make the sky seem more familiar. The cards were developed in the early 19th century as an educational tool. All cards and charts are kept in a box lined with yellow paper and decorated and painted on the outside.
Back to Search Results
Buy a print License an image
Share:
Link copied to your clipboard!