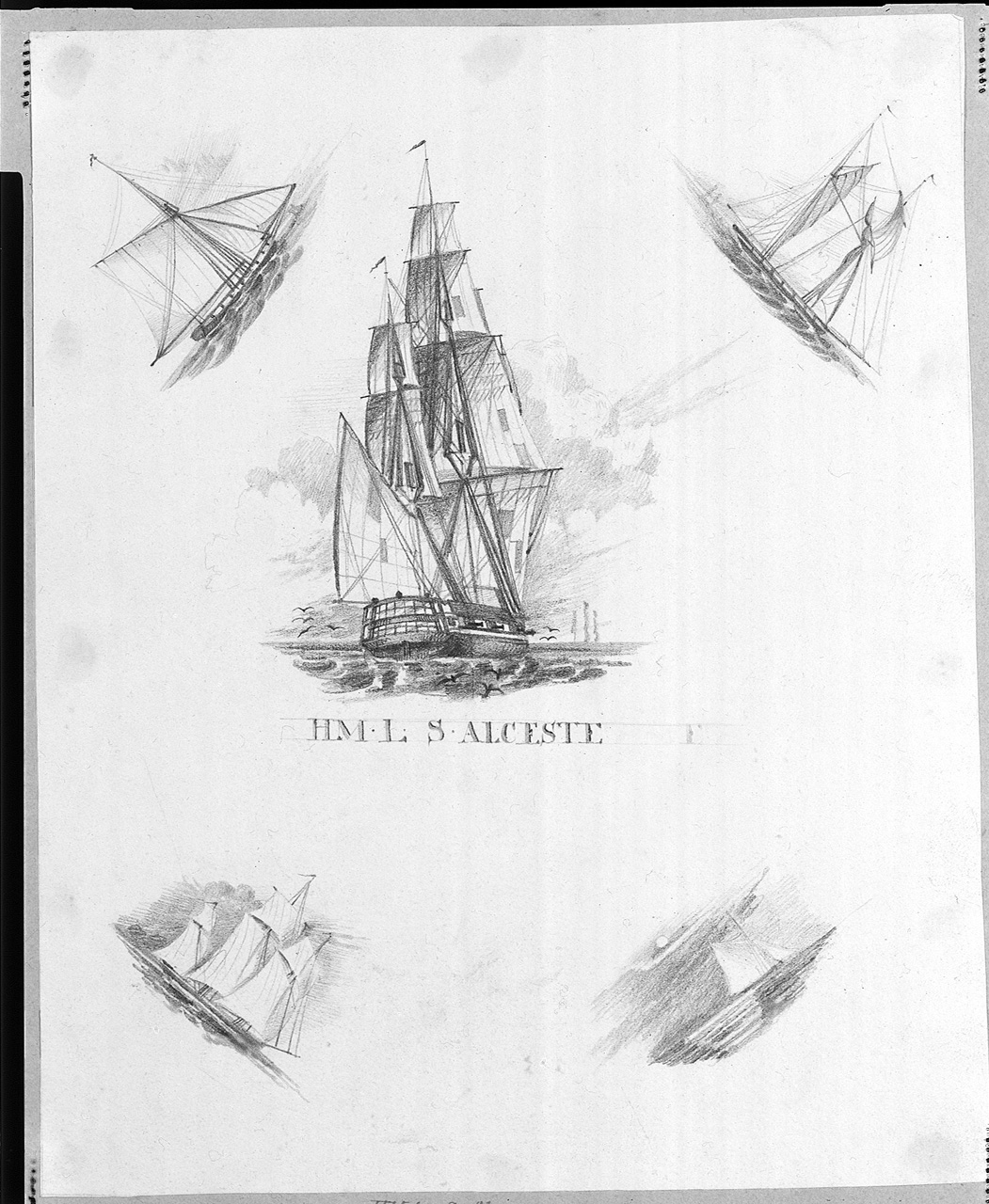 This drawing of 'Alceste' and four smaller vessels forms part of a sketchbook, from which another image depicts the wreck of the 'Alceste' being burnt by Malays off Pulo Leat, an island in the Straits of Gaspar on 18 February, 1817. She was captured from the French as 'Minerve' off Rochefort. Bound with PAF8528, PAF8530-PAF8568.
Back to Search Results
Buy a print License an image
Share:
Link copied to your clipboard!