Adventure up to the Royal Observatory after hours, at the heart of Greenwich Park, to experience space and music in a pioneering new way, under the gaze of the full moon.

For the first time in over 300 years, the Royal Observatory is inviting a selection of respected musicians to perform improvised sets as the live-score to our awe-inspiring space visuals in the intimate Peter Harrison Planetarium, which will be selected on the fly, by an astronomer. With both sound and the visuals in the show improvised in tandem, it will truly be a symbiotic collaboration. Each of these shows is a one-off, never to be repeated again. Join us, as acclaimed jazz pianist, Ashley Henry, provides the musical accompaniment for our journey into space.

Guests will have the exclusive chance to explore the museum’s Space Galleries after hours, prior to each performance. Feed your mind before immersing yourself in our cosmos of sound and light.

The evening will consist of two shows, both 50 minutes in length. As each performance is completely unique, and will never exist again, you may wish to buy a ticket to both shows. Each ticket purchased will grant you entry to one show – you may select the earlier or the later show on the booking page. 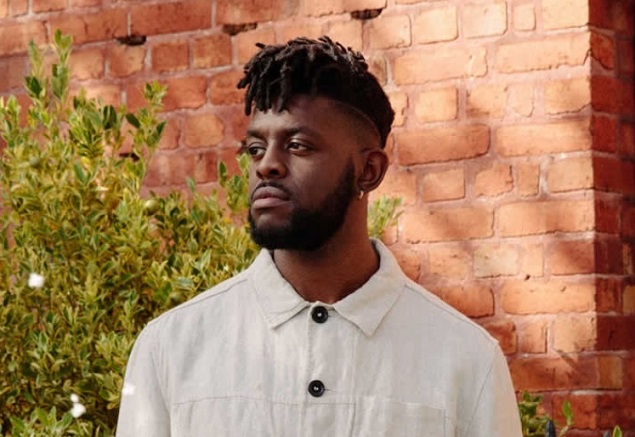 Ashley Henry is one of a new generation of musicians that have been raised with a wide range of influences. Ashley is a native of the capital, having been born and raised in South London, and in 2016 he graduated from the Royal Academy of Music. His debut album, Beautiful Vinyl Hunter, has seen him nominated for BBC 6 Music Album of the Year (only the second jazz album to have recieved this nomination), and has picked up awards ranging from Jazz Japan's New Jazz Artist Album of the Year and France Musique's New Jazz Artist of the Year. BBC 6 Music's Cerys Matthews also chose the album as her personal Album of the Year.

Ashley cut his teeth performing with Jason Marsalis, and legends like Terence Blanchard and Jean Toussaint; with the latter featuring Ashley on his debut Sony EP Easter. At the age of just 25, Ashley was commissioned to be Guest Resident Musical Director for both Jazz Café and Ronnie Scott's and won the Jazz FM Live Experience Award.

His live performances have gained outstanding reviews and he recently performed a sold-out standing-room-only show as part of EFG London Jazz Festival. Most recently, he was featured in BBC Introducing at New York's Winter Jazz Festival, curated by Gilles Peterson.

The museum galleries in the Astronomy Centre will be open from 6pm for you to explore.

There will be a bar serving refreshments and snacks throughout the evening. It is not permitted to take food and drink into the Planetarium (except bottled water).

The show start times listed are the times the performances will start in the Planetarium - latecomers will not be admitted.

The Royal Observatory is located in the middle of Greenwich Park. We recommend you arrive at Greenwich Park no later than 40 minutes before your show start time. If you arrive at the park before 6.50pm you may walk up to the Observatory (give at least 15 minutes to do so). Once the park closes to the public at 7pm, all access to the Observatory is via St Mary's Gate (north west corner of the park). Pedestrians are not allowed to walk through the park after closing, so guests must arrive by car (parking at the Observatory car park is free from 6pm) or take the shuttle bus (operating from St Mary's Gate from 6.50pm onwards). After the event all guests must exit the park via the same gate. As guests are not allowed to walk through the park after the performance, guests must leave the park by car or by shuttle bus.Taxis are allowed access to drop off/pick up guests but must enter the park via the same gate.

We are unable to take responsibility for any late arrivals, including people who may be queueing for the shuttle at the time of the performance. Late arrivals will not be admitted to the planetarium after the show start time. Please give yourself plenty of time to get to the Observatory to avoid disappointment.

Top 11 things to do at Royal Observatory Greenwich

History of the Royal Observatory