Cutty Sark is yours to explore, from the fantastic views from the main deck to the dark riches of the lower hold. Make the most of your day out on board. 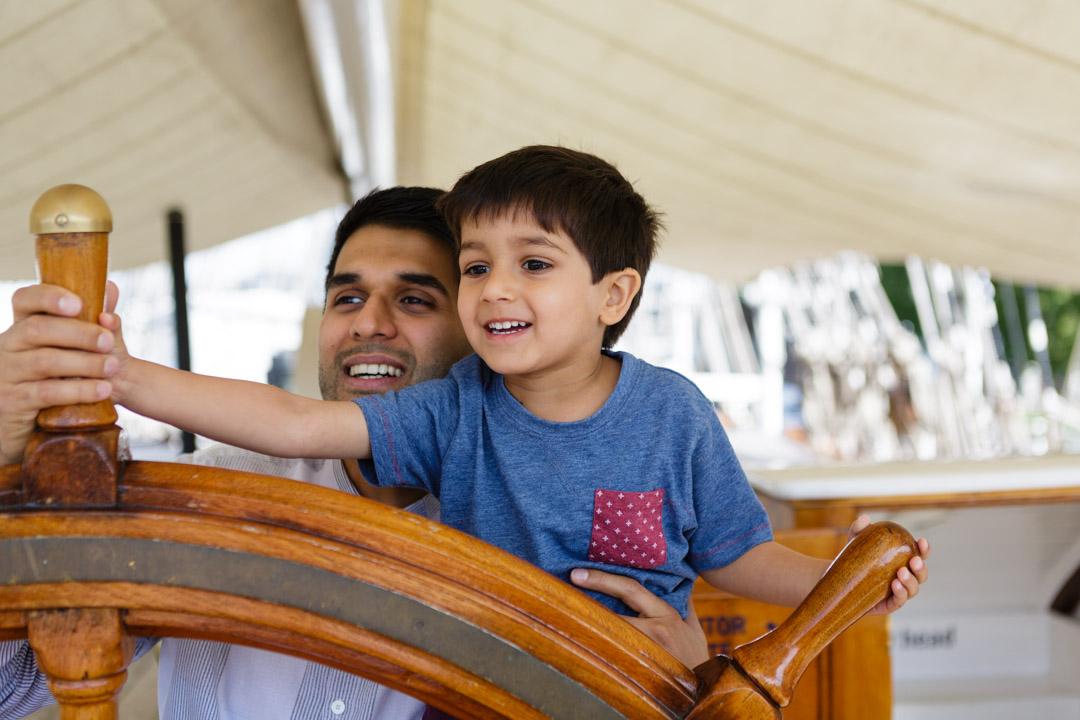 With the ship's wheel in your hands and the miles of rigging shivering in the breeze above your head, this is the place where dreams of setting sail come alive.

The wheel itself was restored in the run up to the opening of Cutty Sark in 1957 by a team of talented woodworkers, and the steering mechanism is one of the many original features preserved on board.

'Nannie' the witch is Cutty Sark's figurehead. Just like the ship itself, she takes her name from the Robert Burns poem Tam O'Shanter.

In the poem, Tam the farmer is chased by a scantily-clad witch called Nannie. Nannie is dressed only in a ‘cutty sark’ - an archaic Scottish word meaning a short nightdress.

The figurehead you may be used to is actually a replica, made in 1957. Now a new figurehead has been commissioned, aiming to reflect the beauty of the original designs and celebrate the art of ship's carving. 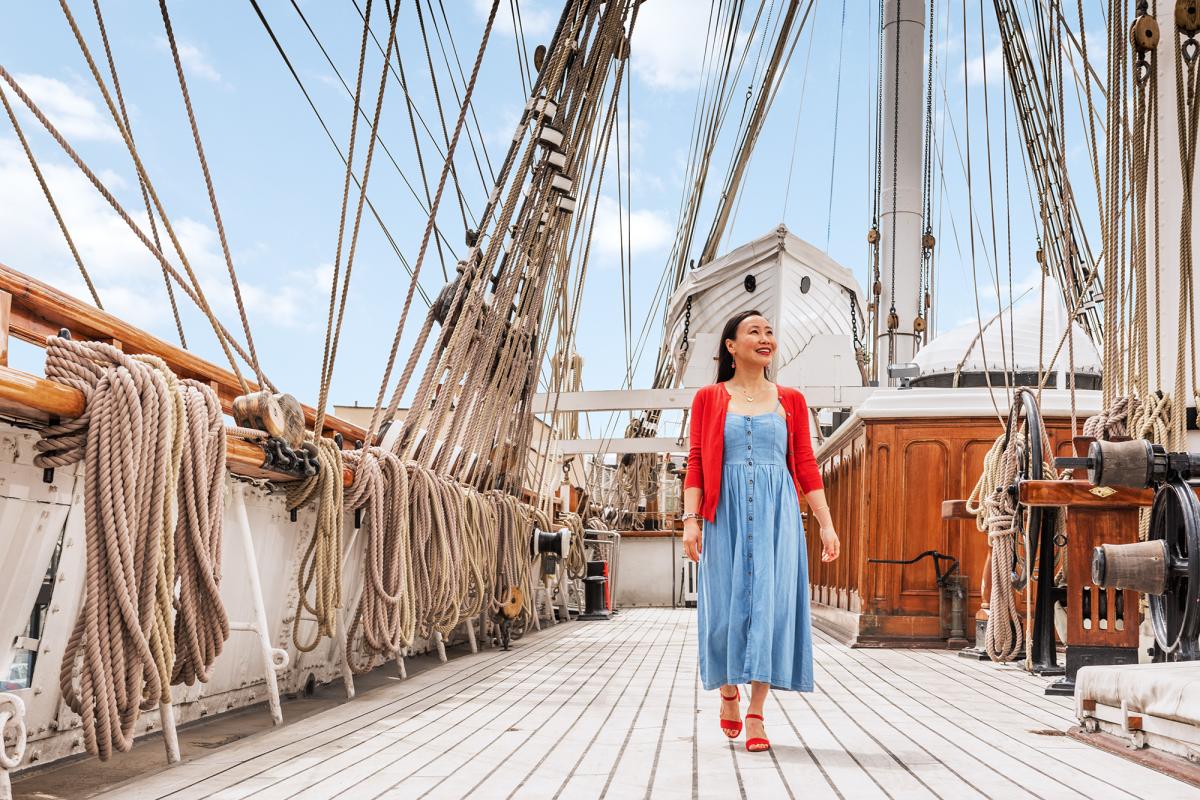 It takes hours of work from our experienced Shipkeepers to keep the main deck looking as fresh and clean as it does. It might not always have been this way...

Pigs and chickens would be kept in pens on deck during voyages, with crew responsible for mucking them out. As for the toilets, because there was no flushing water, sailors would simply use salt water to flush everything out into the sea. Try not to think too much about that when you're wandering the decks. 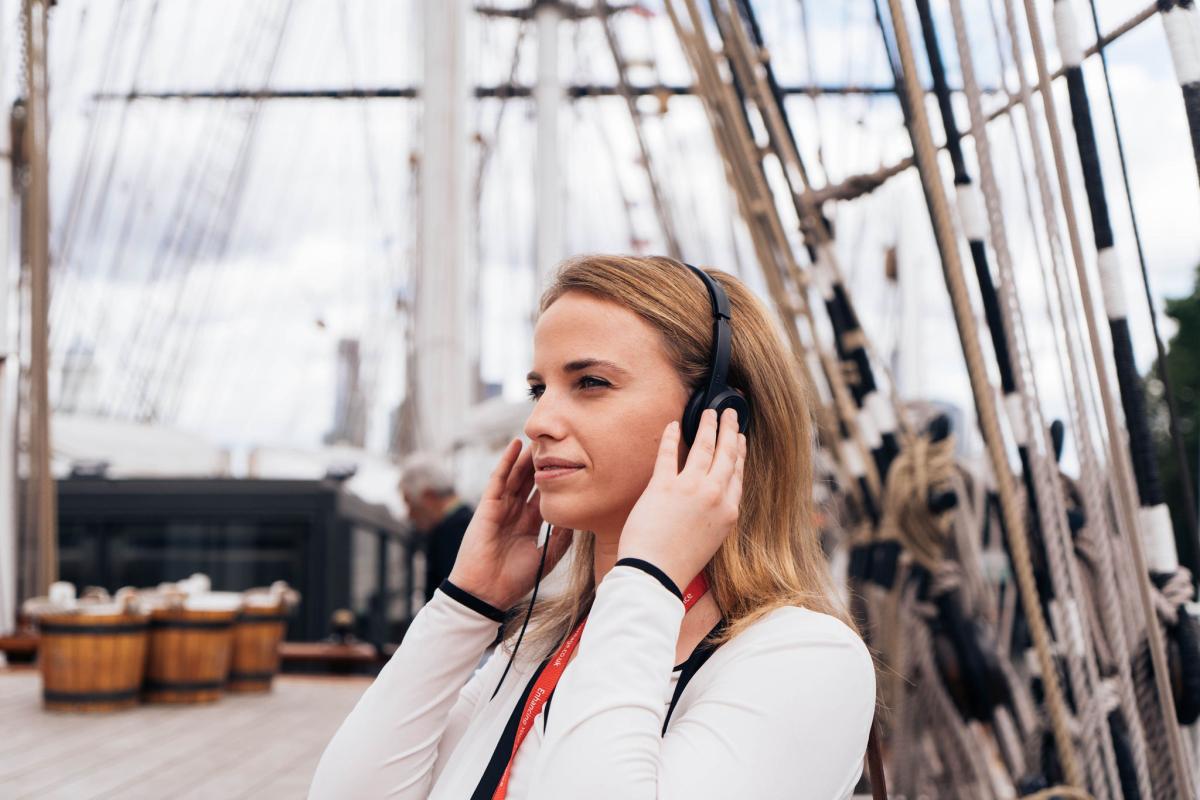 Want to hear what life was really like at sea? Download the Cutty Sark audio guide and take a voyage into our seafaring past.

We're partnering with Smartify, the world's most downloaded museum app, to bring you this brand new way to explore the ship.

Go on a family adventure

Cutty Sark is a fantastic day out with the kids. Explore the family friendly interactive displays and get a taste of life at sea. Who knows? You may even bump into the Captain himself... 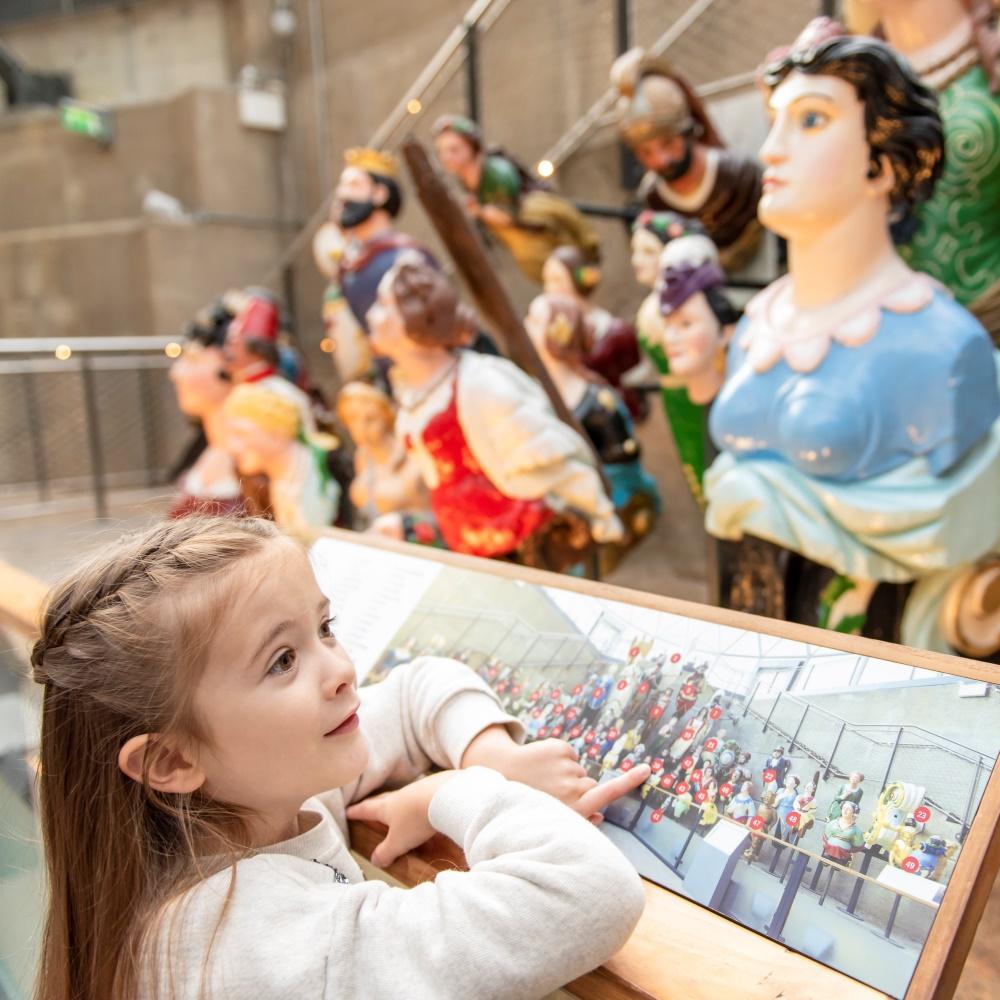 Come face to face with our fantastic figureheads

Visit the Long John Silver Figurehead collection and spot the literary, historic and political figures depicted in the world's largest Merchant Navy figurehead collection. Learn too all about the man behind the collection, and how he earned his piratical nickname... 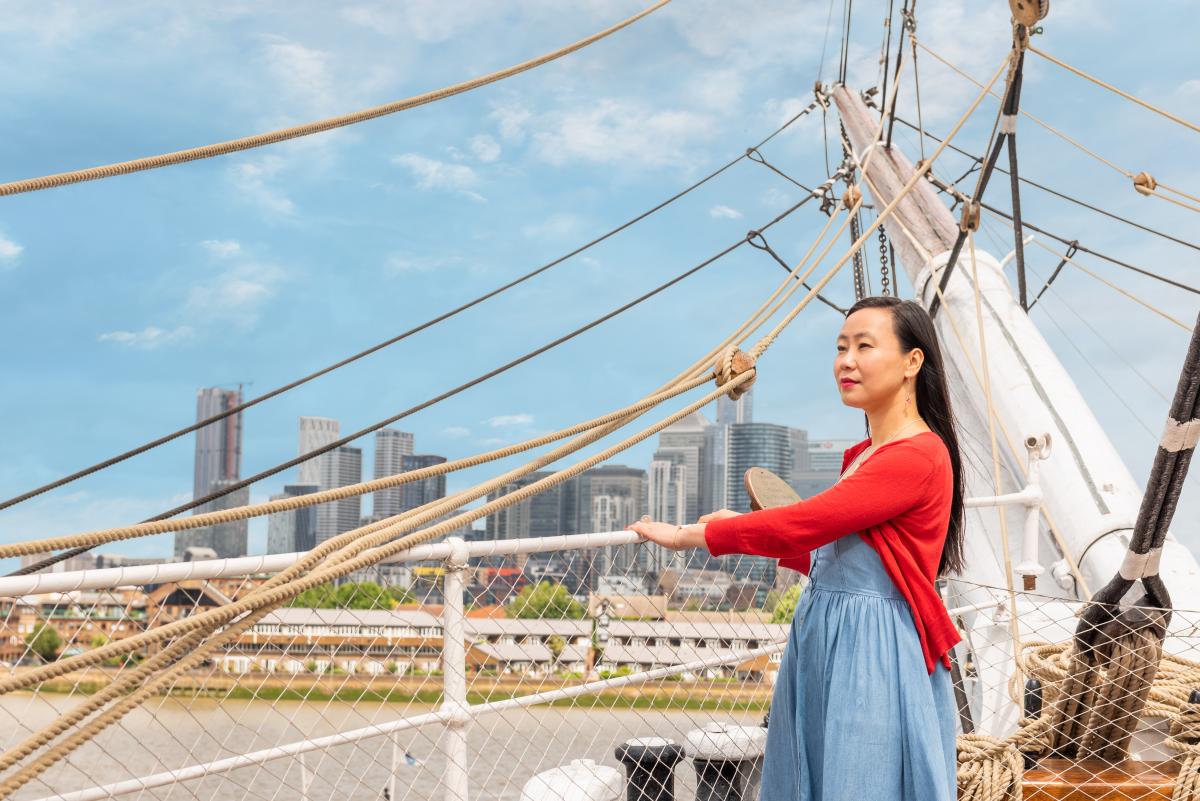 Enjoy stunning views across the River Thames. Look out at the London skyline, spot the landmarks spread around you and snap that all-important picture with the deck and rigging surrounding you. 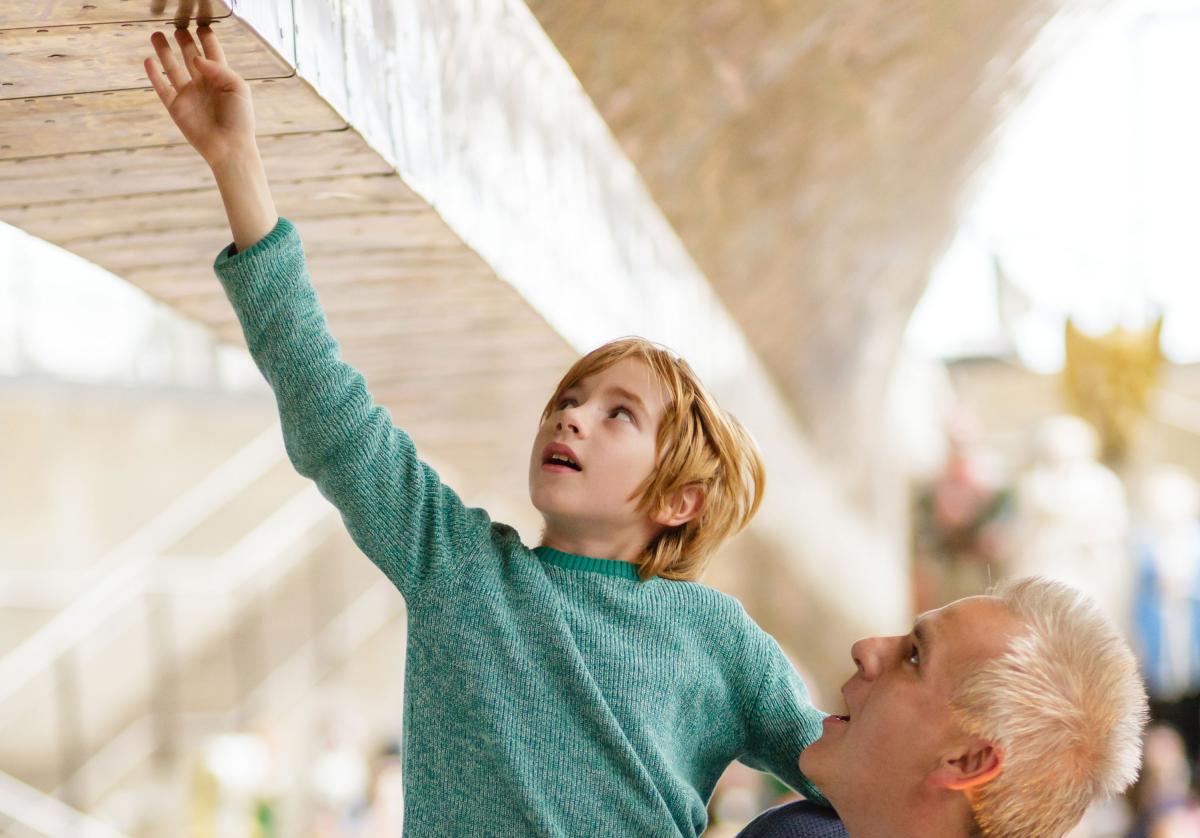 Explore under the hull

Reach up and touch the copper hull of the ship that made Cutty Sark the fastest of its day. The Dry Dock is one of the most dramatic locations in London, with the ship hovering in mid-air above you. Oh, and did you know you can even hire this space for parties?

His Royal Highness the Duke of Edinburgh was Patron of Cutty Sark for more than 70 years, and was instrumental in the ship coming to Greenwich in 1954. In an area steeped in royal and maritime history, Cutty Sark takes pride of place. 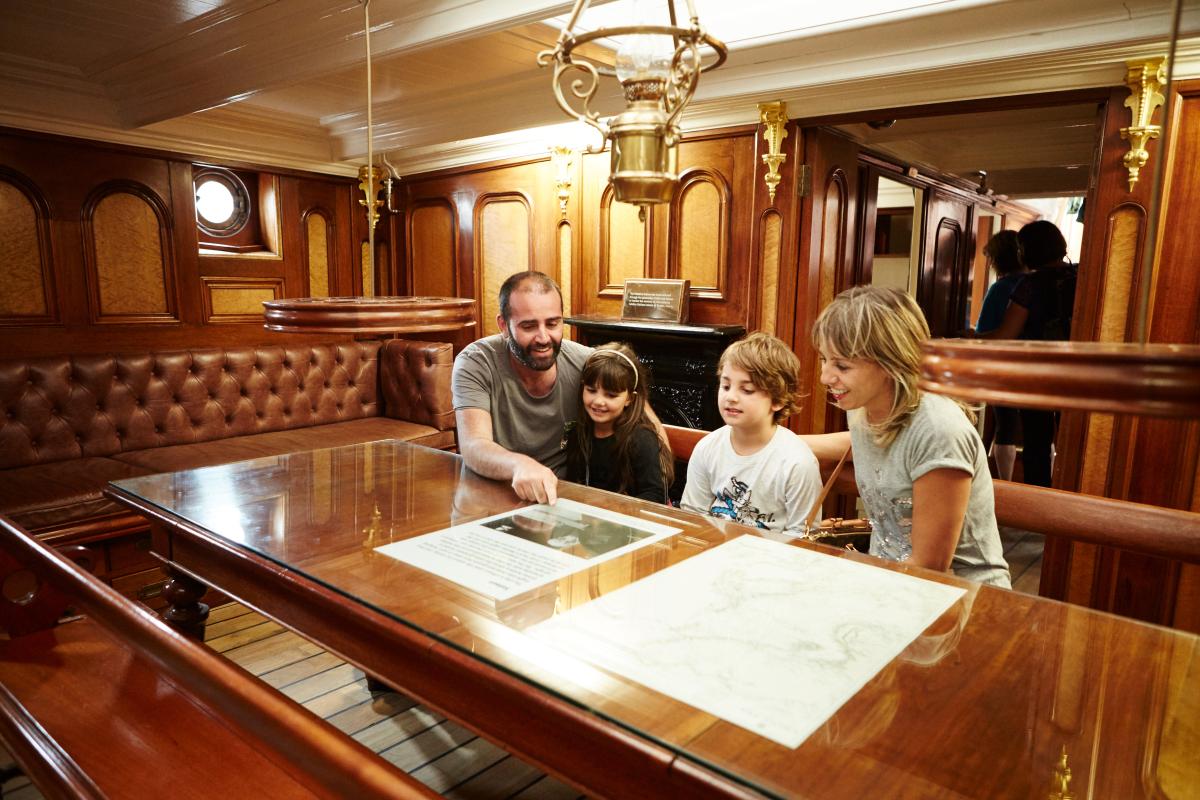 This is the beating heart of the ship, where decisions made that would affect the lives of everyone on board. Not every master of Cutty Sark got it right – and the consequences could be deadly...

Meet colourful characters from Cutty Sark’s past and hear astonishing stories about life at sea in the age of sail. Chat to the ship’s owner Jock Willis, the ship’s cook or meet Captain Woodget himself, Cutty Sark’s longest serving master. Who knows? He may even make you one of his crew...

Plan your visit
History of Cutty Sark
Fun for families

Shop
Cutty Sark: Last of the Tea Clippers 150th Anniversary Edition
£20.00
An updated and expanded special edition to celebrate the 150th anniversary of this iconic ship. With a new preface by Dr Kevin Fewster, Director of Royal Museums Greenwich, and fascinating close-up photography of the recent restoration work to the gilding...
Buy Now
Shop
Cutty Sark General Arrangement Plan 50 x 70cm
£8.00
These plans were drawn in the 1950’s by GF Campbell from reproductions and people’s recollections of the now lost original drawings of the Cutty Sark...
Buy Now
Shop
At Sea Without Tea: The Great Cutty Sark Adventure
£8.99
Young James Robson, Cutty Sark's cook, takes great pride in cooking a hearty breakfast for the captain every morning. But one day, when getting ready to leave London, James discovers that the ship has run out of tea, a CRUCIAL element to the Captain's breakfast, and he cannot find any in all of London! Join James as he sets off on an adventure around the world in his search, alongside his helpful friends Oz the kangaroo, Vervet the monkey and Dinah the panda...
Buy Now