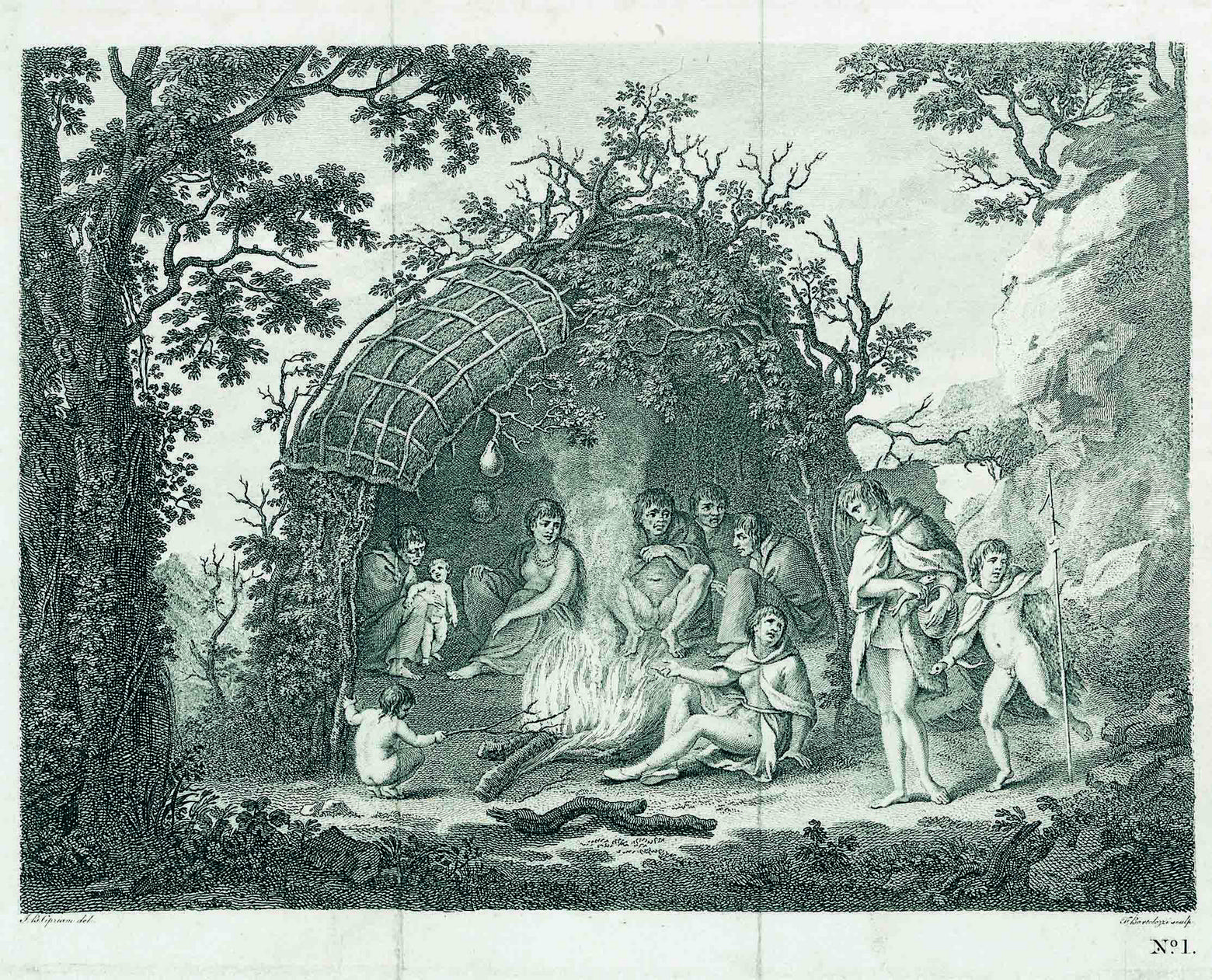 Alexander Buchan was a Scottish landscape artist on Captain James Cook's first Pacific voyage, in the 'Endeavour' (1768-71). Appointed by Joseph Banks, Buchan's field drawings (along with those of Sydney Parkinson) of the inhabitants of Terra del Fuego (Patagonia) were developed into gouache and engravings that were then included in John Hawkesworth's 1773 account of Captain Cook's journey. Buchan died of epilepsy during the voyage, before being able to do any further work. This is the first of two such images of the inhabitants of Terra del Fuego that was made available to G.B. Cipriani, the history painter, to design an illustration, engraved by Bartolozzi for Hawkesworth's Voyages. The engravings are of interest when understanding the processes of interaction between the Tahitians and the Europeans, and the attitudes and perception of the South Seas that was formed in the European mind. Mounted in album with PAI3938-PAI3953, PAI3955-PAI4076.; Page 15.
Back to Search Results
Buy a print License an image
Share:
Link copied to your clipboard!