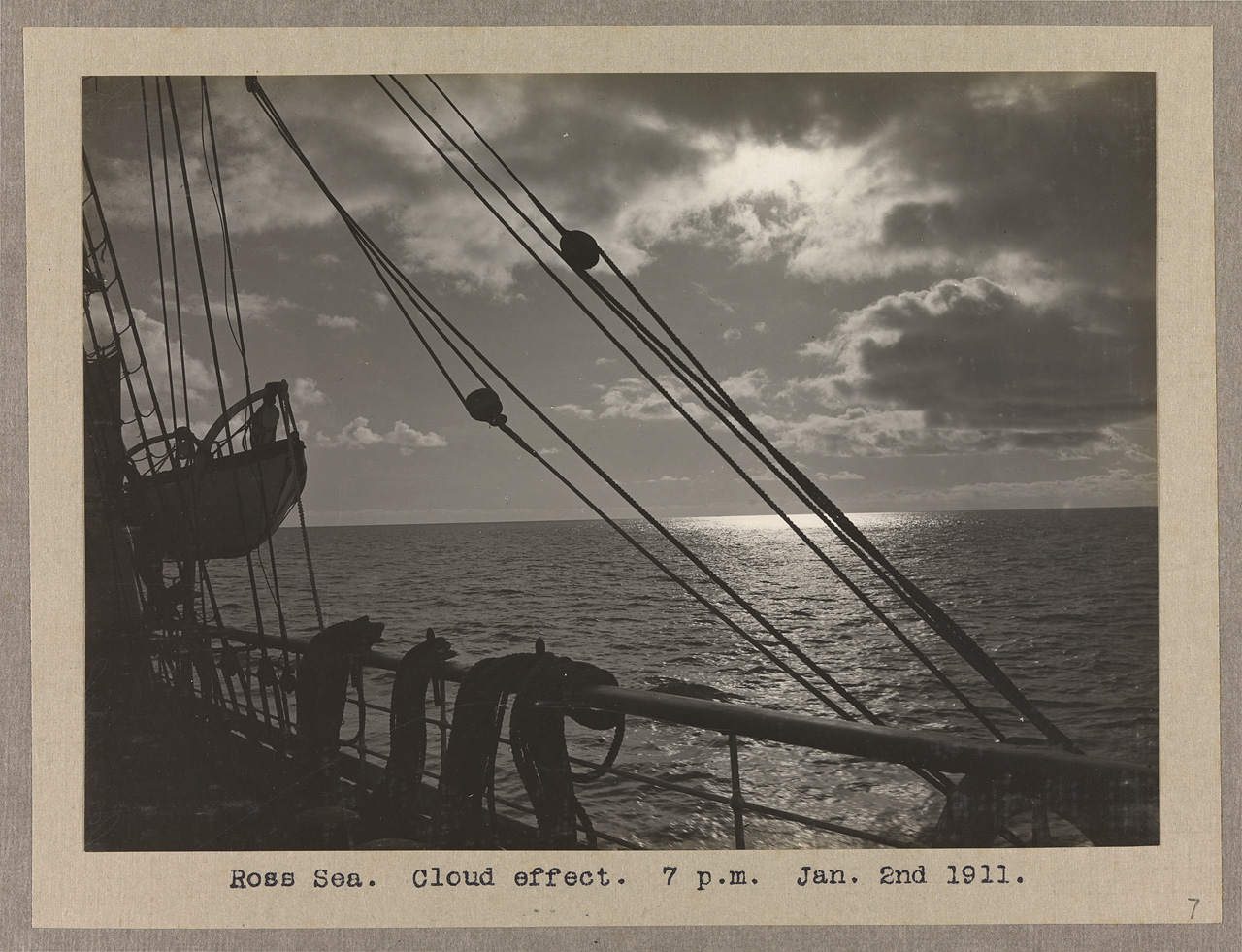 A view from port side of the upper deck, near the waist, looking through some running rigging for the foremast yards towards the open water of the Ross Sea. The sun is obscured by clouds, but is reflecting brightly on the water near the horizon. The port side lifeboat can be seen hanging in its davits outboard of the ship on the left of the photograph.

Scott noted in his diary for this day: 'It has been a glorious night followed by a glorious forenoon; the sun has been shining almost continuously...'

In his book 'Great White South', Ponting captions this photograph 'Midnight sun in the Ross Sea'. He wrote about the technicalities of making the photographs that include this one: 'The midnight sun was shining with such brilliance that I was able to make focal-plane photographic exposures with an aperture of F11, using a Zeiss Protar lens of 16 inches focus, with a K 3 colour screen in conjunction with an orthochromatic plate. with this combination I secured correctly exposed negatives, with my 7 x 5 reflex camera - such was the brilliancy of the light at midnight.' (page 58)
Back to Search Results
Buy a print License an image
Share:
Link copied to your clipboard!