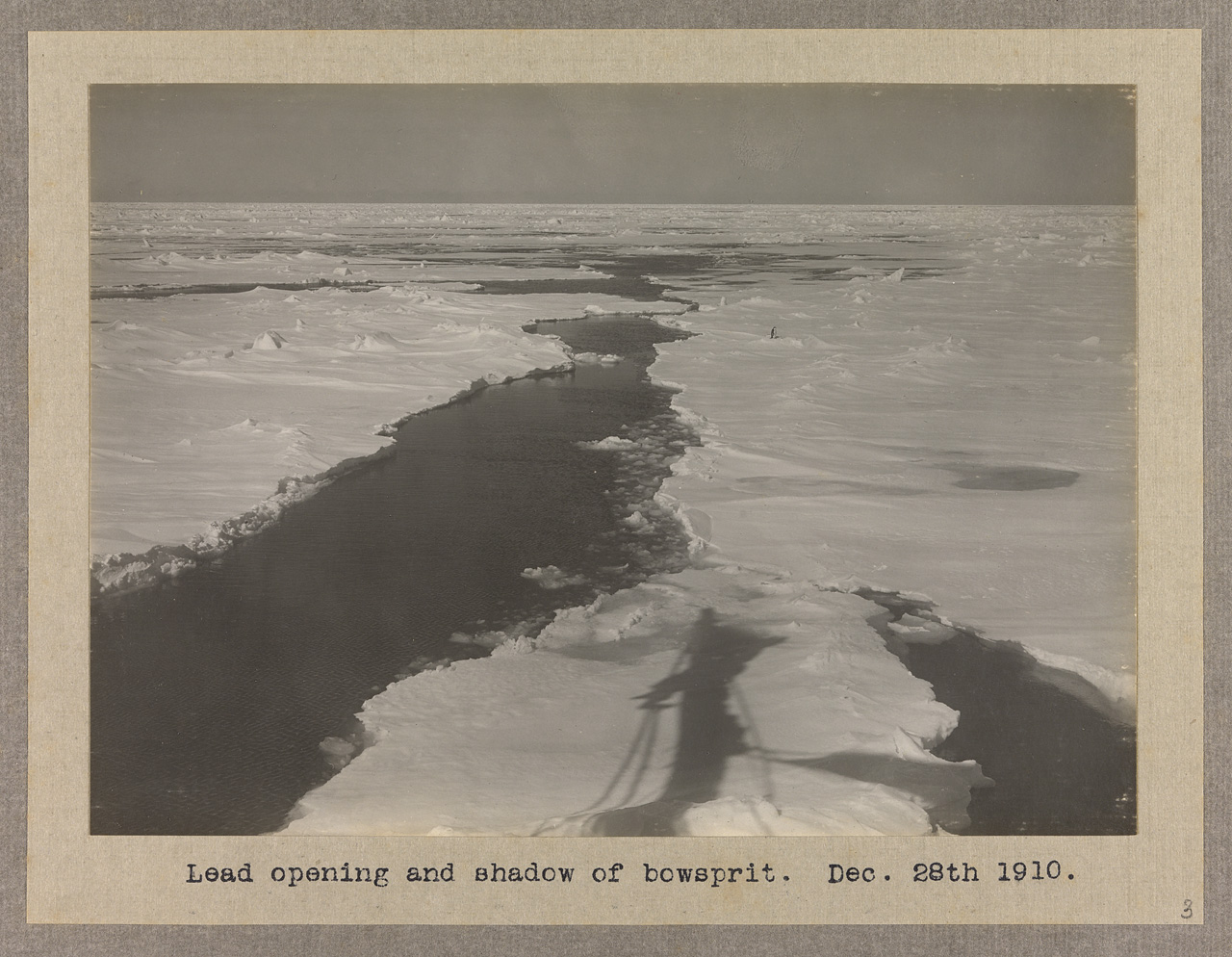 A starboard bow view of the discovery barque-rigged ship Terra Nova (1884) trapped in the Ross Sea pack ice on its way to Ross Island. The jibs and upper courses of sails are set on the fore and main masts but hanging limply. The hull is partially obscured by the height of some of the pack ice hummocks.

Ponting recalled in his book 'The Great White South' (page 37): 'We encountered floes so large and thick that the ship was brought to another complete halt...For three days we were held fast in the heavy pack that had closed in upon us...' He also wrote: 'The Terra Nova imprisoned in the ice, with her canvas handing idly, or clewed-up into picturesque folds, formed a striking picture.'
Back to Search Results
Buy a print License an image
Share:
Link copied to your clipboard!