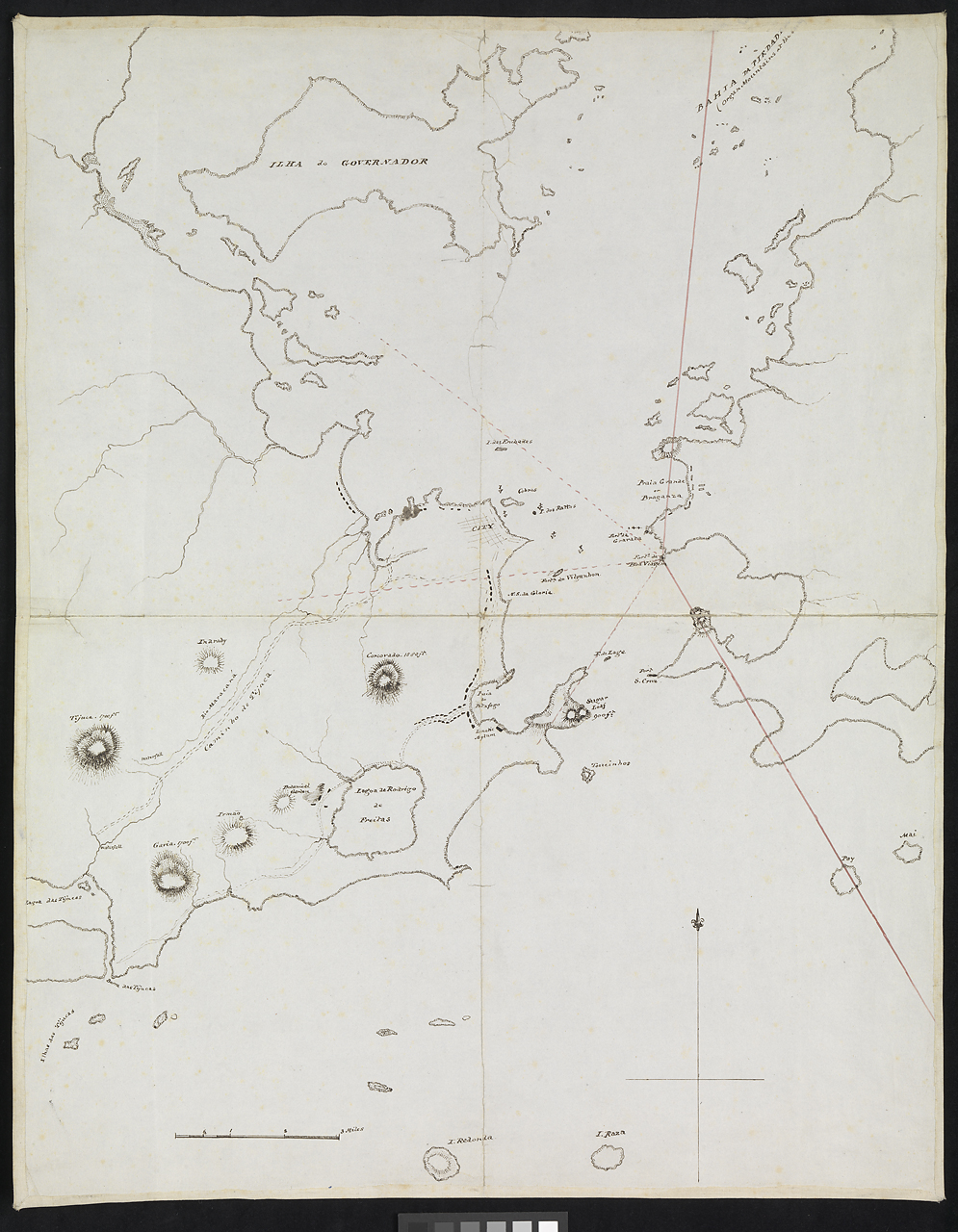 Chart of the harbour of Rio de Janeiro, Brazil

Stored loosely in the front of Fanshawe's album of watercolours of the Baltic, Mediterranean, Scotland, Switzerland and Burma (PAI4671). Items fixed in the album are numbered PAI4673-PAI4716. This one (PAI4672) is apparently misplaced and probably already was on receipt in the Museum, since it should undoubtedly be in Fanshawe's Pacific album (see PAI4604).

The reason is that the chart relates to Fanshawe's five-sheet panoramic drawing of Rio de Janeiro, PAI4608 in that album, and shows that his vantage point for it appears to have been near the Bateria de Nossa Senhora de Boa Viagem (or Fort de Boa Viagem) on the north side of Guanabara Bay, looking south-west towards Rio itself. This is not surprising since the Guanabara anchorage was the one the local authorities required visiting foreign warships to use. Working clockwise from the bottom of the chart, the overlaid radial sectors correspond with each sheet of the drawing, left to right. The red lines represent the extreme limits of the view it shows. The natural harbour at Rio is one of the largest and most spectacular in the world and was always of interest to the Navy, especially in the 18th century when both Portugal and Spain were still jealously guarding their South American possessions. Those who called there were encouraged to report on it. By Fanshawe's time it was much better known, but still of professional interest and he clearly took the chance to exercise both his professional skills to make this personal chart - though perhaps copying to some degree - as much as his artistic talent to do the panorama. The pair, in nautical terms a chart and a 'profile', are what architecture would call a plan and an elevation.
Back to Search Results
Buy a print License an image
Share:
Link copied to your clipboard!