Learn more about the founding of the Royal Observatory, and how Greenwich came to be known as the 'Home of Time'.

Why is there an Observatory in Greenwich?

As Europeans took to the seas to explore the world and trade with other countries, astronomical information of sufficient quantity and accuracy to aid navigation, cartography and timekeeping was needed, including working out how to measure longitude.

It was this conundrum that would lead to the founding of the Royal Observatory Greenwich. Tap the arrows for more. 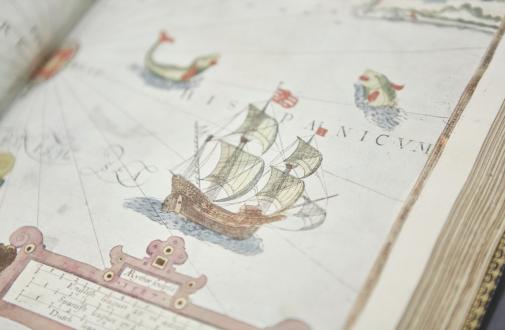 Astronomy, navigation and cartography were key to Britain's seafaring ambitions. In 1674, Charles II appointed a Royal Commission to look into how the country could realise this potential.

The founding of the Observatory

Among those sitting on the Royal Commission was Sir Christopher Wren – most famous now for his architecture, but also a former professor of astronomy at Oxford.

On 4 March 1675, the Commission reported back to Charles II, recommending the foundation of an observatory – Britain’s first state-funded scientific institution – and the appointment of an astronomer. 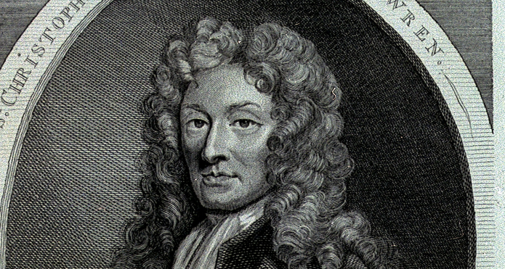 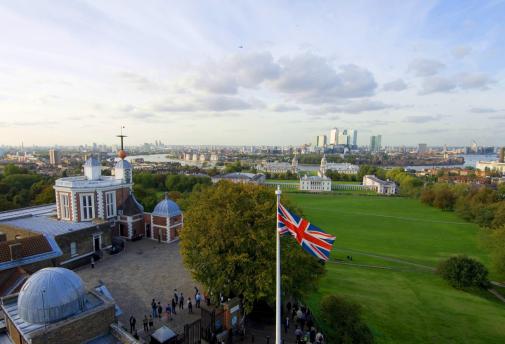 A new home for British astronomy

Charles reportedly called for immediate action and on the same day John Flamsteed was named ‘astronomical observator’. A new era for Greenwich and for astronomy, time and navigation, had begun.

Keep reading below to find out more about the history of the Royal Observatory.

It was Christopher Wren who suggested using the ruined Greenwich Castle as the site for the new observatory. This location had the advantages of having solid foundations in place from the old castle, as well as being located on high ground in a royal park. Wren also oversaw the design of the building.

Flamsteed House was the first part of the Observatory to be built. It was intended as a home for the Astronomer Royal and for entertaining guests.

Find out more about the Octagon Room

The project was notable for the speed in which it happened, and for the small budget with which it was achieved. At 3.14pm on 10 August 1675, the first Astronomer Royal John Flamsteed laid the foundation stone of the new Royal Observatory and he moved in less than a year later on 10 July 1676 with his two servants to begin his observations in earnest. A total of £520.45 was spent on construction, with costs being kept down by using recycled materials.

During the course of the next forty years, Flamsteed lived within the dwelling house which would later bear his name and he made over 50,000 observations of the moon and stars from a nearby building. Over the years, Flamsteed House was home to many children, servants, cooks and nursemaids, as well as astronomers. The house itself was extended and buildings were added to the site to accommodate new and bigger instruments.

In 1818, the Royal Observatory was transferred to the Admiralty and it expanded significantly. By the late 1800s there were around 60 people on site. The Royal Observatory as you see it today features instruments remounted in their original locations, providing a timeline of a working observatory throughout the 18th and 19th centuries.

The Astronomers Royal and longitude

John Flamsteed held the post of Astronomer Royal for 42 years. In the nearly 300 years it functioned as a working observatory, there were only nine other Astronomers Royal at Greenwich.

Between them, the first two Astronomers Royal – John Flamsteed and Edmond Halley – plotted all the stars visible in the northern and southern hemispheres. At the same time, because astronomy and time are inextricably linked, the Royal Observatory was key in helping to develop accurate clocks.

In the 1760s, the introduction of Nevil Maskelyne’s tables for finding longitude at sea by astronomical means and John Harrison’s timekeepers, made it possible for the world to be charted with a new, scientific accuracy.

Find out more about the Astronomers Royal

Find out more about Longitude

The first public time signal in the country was broadcast from the roof of Flamsteed House in 1833, by dropping a ball at a predetermined time.

Since then, each day at 12.55 the ball is hoisted half way up the mast – originally a signal for navigators on ships and in docks along the Thames to be prepared. Then at two minutes to the hour, the ball is hoisted to the top of the mast. At exactly 13.00, it drops. This allowed sea captains about to set sail to check the rate of their marine chronometers, a technology which the Royal Observatory had a huge hand in improving.

Since the late 19th century, the Royal Observatory is the historic source of the Prime Meridian of the world, Longitude 0° 0' 0''. The world prime meridian marks the divide between the eastern and western hemispheres.

Before this, almost every town in the world kept its own local time. There were no national or international conventions to set how time should be measured. However, with the vast expansion of the railway and communications networks during the 1850s and 1860s, the worldwide need for an international time standard became imperative.

The Greenwich Meridian was chosen to be the Prime Meridian of the World in 1884. Forty-one delegates from 25 nations met in Washington DC for the International Meridian Conference. By the end of the conference, Greenwich had won the prize of Longitude 0º.

20th century and beyond

As far back as the 19th century it became apparent that the Royal Observatory would need to move away from Greenwich. There were already problems with air and light pollution from London and new train lines caused vibrations and interference with magnetic observations. A move was planned, but delayed by the Second World War – during which the Royal Observatory sustained bomb damage. Finally, the Royal Observatory was resettled at Herstmonceaux Castle and, in 1953, the Greenwich site became part of the National Maritime Museum.

Discover the latest news, offers, and events. Be it amazing astronomical news or our greatest family events. Shop
On the Line: The Story of the Greenwich Meridian
£8.99
The Royal Observatory at Greenwich is the home of time and space, the Prime Meridian and Greenwich Mean Time (GMT). But have you ever stopped to ask what is the Prime Meridian and why it is at Greenwich?  Why are all time zones across the world based on GMT? What is longitude and why is the meridian moving? Written by Dr Louise Devoy, Senior Curator of the Royal Observatory at Royal Museums Greenwich...
Buy Now