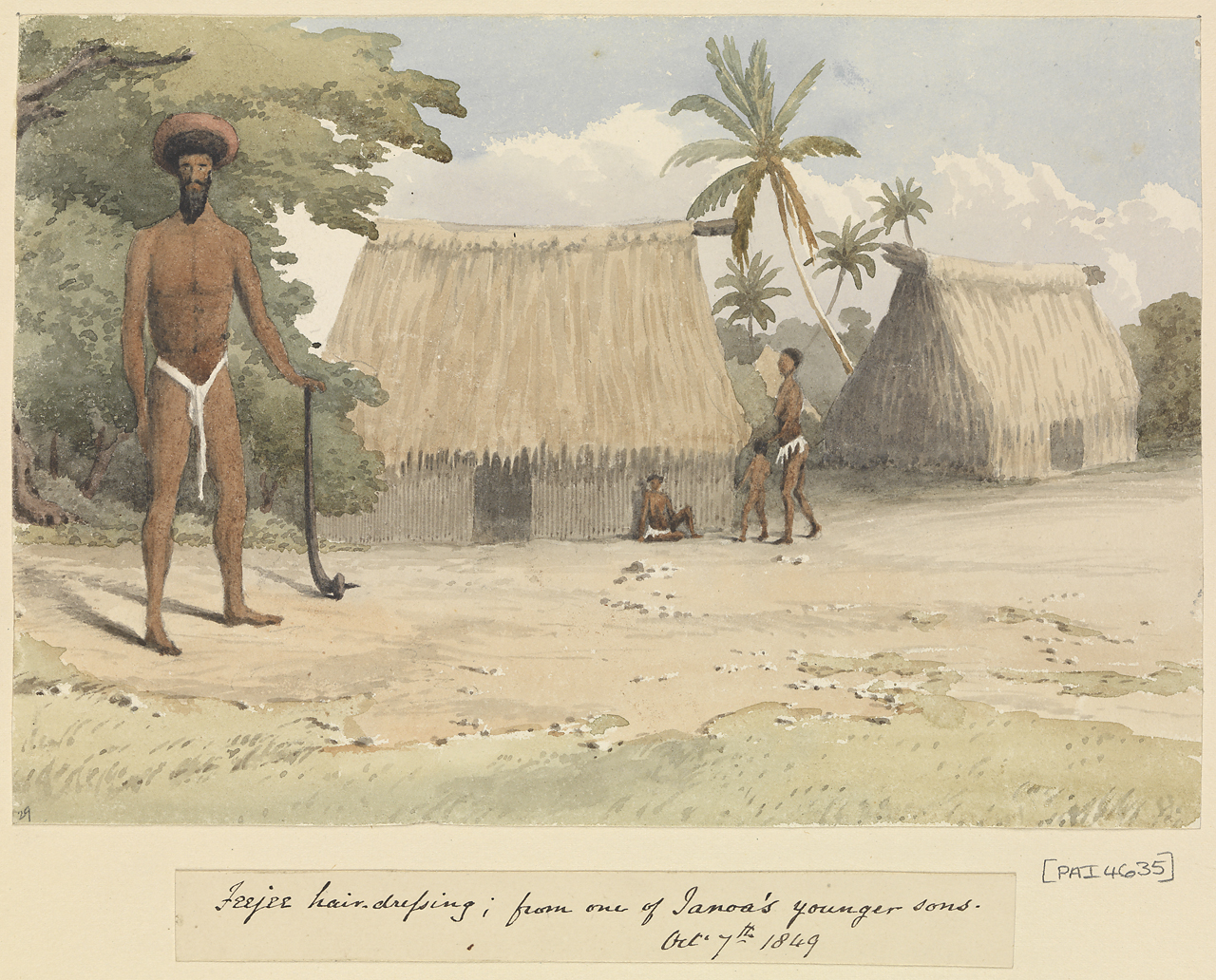 No. 29 in Fanshawe's Pacific album, 1849 - 52. Captioned by the artist on the album page below the image, as title. Tanoa (Tanoa Visawaka, d. 1852) was the elderly Paramount Chief of Bau at the time of Fanshawe's visit, his eldest son Thakombau (see PAI4636) largely acting in his place. The unnamed younger son shown here is described in Fanshawe's journal: 'We landed [probably on 1 October] close to Tanoa's house, and were first greeted by one of his younger sons, a remarkably fine young savage, with his face and body streaming with a red dye with which he had been soaking his bushy hair preparatory to its being dressed Fiji fashion. (I saw him some days afterwards, and his hair, which projected about four inches on all sides, had as smooth and globular a surface as if carved in wood; it was all red except a sort of moulding round the front which was jet black.)' (Fanshawe [1904], p. 231). This drawing appears to record the second meeting. Fanshawe did nine drawings of Fiji and Fijians, including two studies of local weapons, PAI4631- PAI4639.
Back to Search Results
Buy a print License an image
Share:
Link copied to your clipboard!