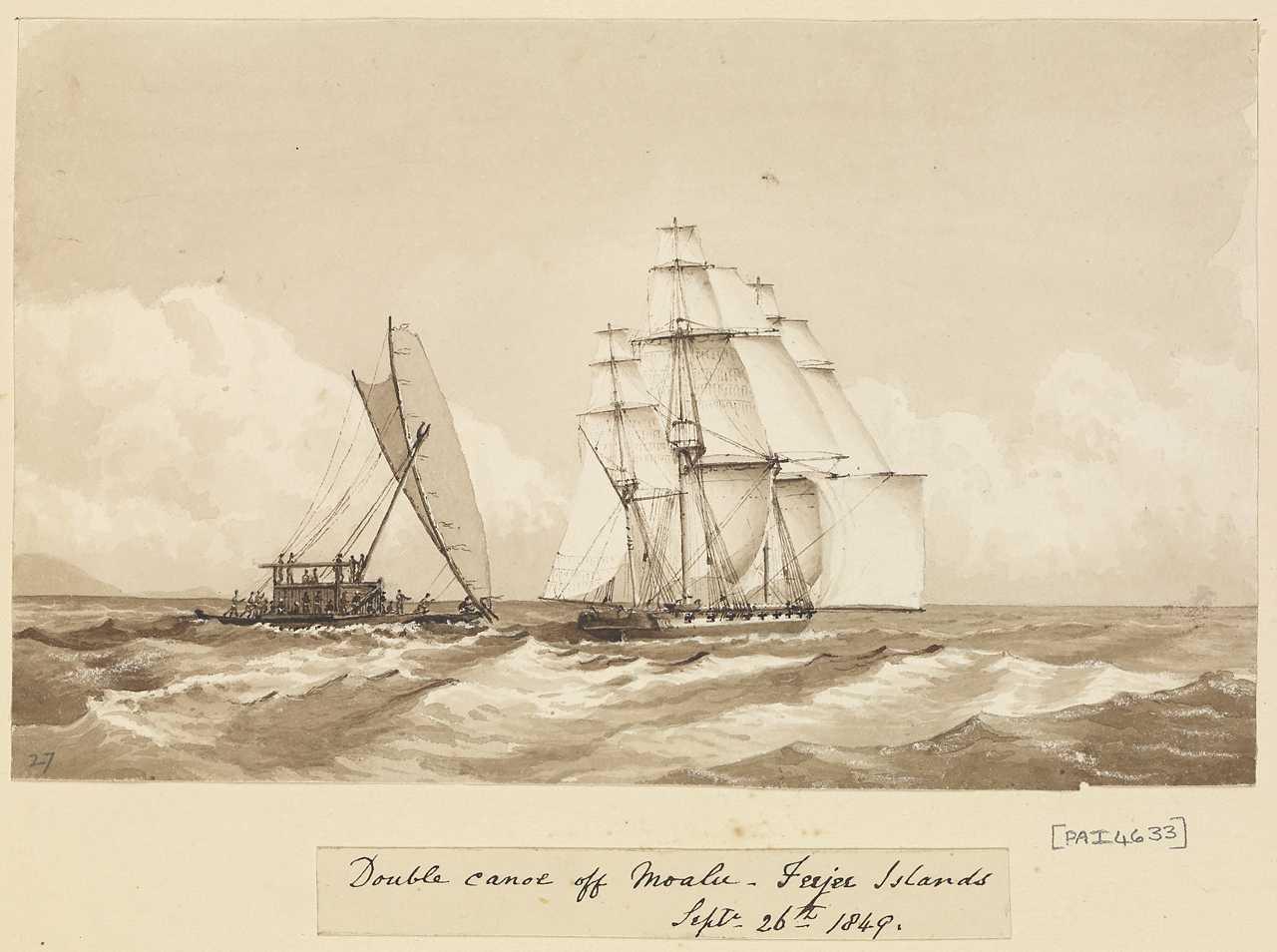 No. 27 in Fanshawe's Pacific album, 1849 - 52. Captioned by the artist on the album page below the image, as title. This drawing is reproduced in Fanshawe's biography (1904), f. p. 236. It records his approach to the Fijis in the 'Daphne', running before a light wind with her studding sails rigged, and a double-hulled war canoe crossing her stern. His daughter's related linking passage (p. 236), presumably repeating what he noted or told her, records the incident: 'Some of the Fijian war canoes were very fine; one which met the 'Daphne' outside the islands actually sailed round her, though the ship was at the time under full sail, with studding sails set. This was a large double canoe, with a high platform built across, connecting the two boats.' Later, on Rewa, Fanshawe saw 'a fine specimen of a double canoe. It was nearly a hundred feet long, and its depth of hold five feet six inches' (p. 240). He did nine drawings of Fiji and Fijians, including two studies of local weapons, PAI4631-PAI4639.
Back to Search Results
Buy a print License an image
Share:
Link copied to your clipboard!