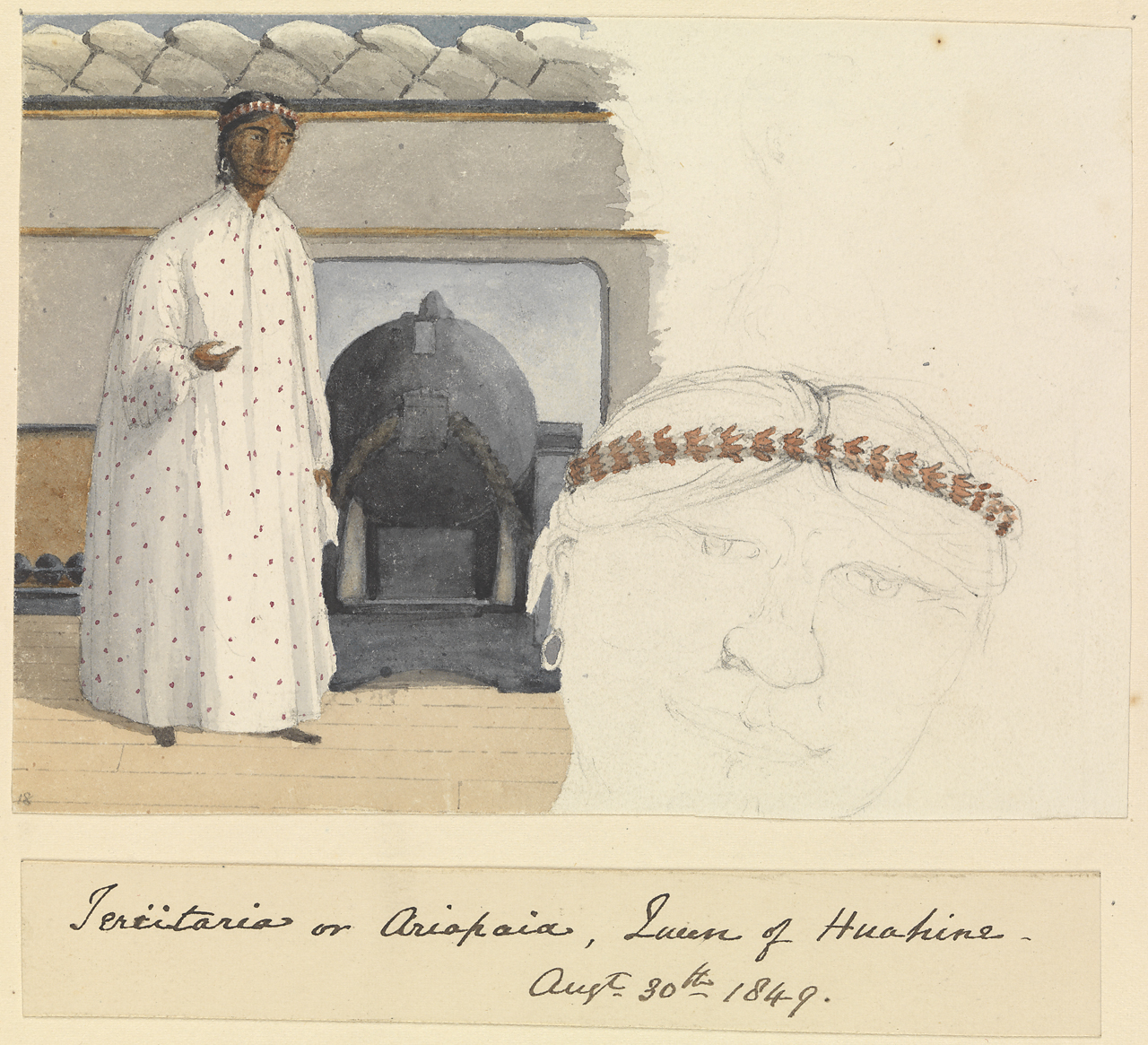 No. 18 in Fanshawe's Pacific album, 1849 - 52. Captioned by the artist on the album page below the image, as title. Despite the fact that their features and headbands do not look identical, it is likely that the two figures shown are intended to represent the same person, Teri’i tari’a II Ari’i' paea Vahine (1790 -1858). One is a close-up, unfinished drawn head, with only the headband coloured: the other is full-length, in a white robe with red spots and holding a white handkerchief in her left hand. She is shown standing beside by a 32-pounder gun on the upper deck of Fanshawe's 'Daphne', on which she came aboard for lunch with him on 30 August 1849 at the end of his diplomatic visit to Huahine (28-30 August). Her husband, whom Fanshawe described in his journal as 'a fat good-for-nothing fellow' (Fanshawe [1904] p.200) was also present and earned her displeasure by delaying their departure through bargaining with a midshipman for brandy - which, like all spirits, was illegal on Huahine. Fanshawe showed great respect to the experienced queen herself, who was well supported locally and had previously governed Tahiti for a period under the paramount Queen Pomare. Huahine is the most easterly of the leeward group of Society Islands, east of Raiatea and north-west of Tahiti. It had managed to resist French seizure after they annexed Tahiti in 1842, but since the 1880s has been part of French Polynesia. This is one of a group of 11 Fanshawe drawings made in the Society Islands while in command of the 'Daphne' (PAI4616 - PAI427). It is the only personal portrait: the others are island views, but not including Huahine.
Back to Search Results
Buy a print License an image
Share:
Link copied to your clipboard!