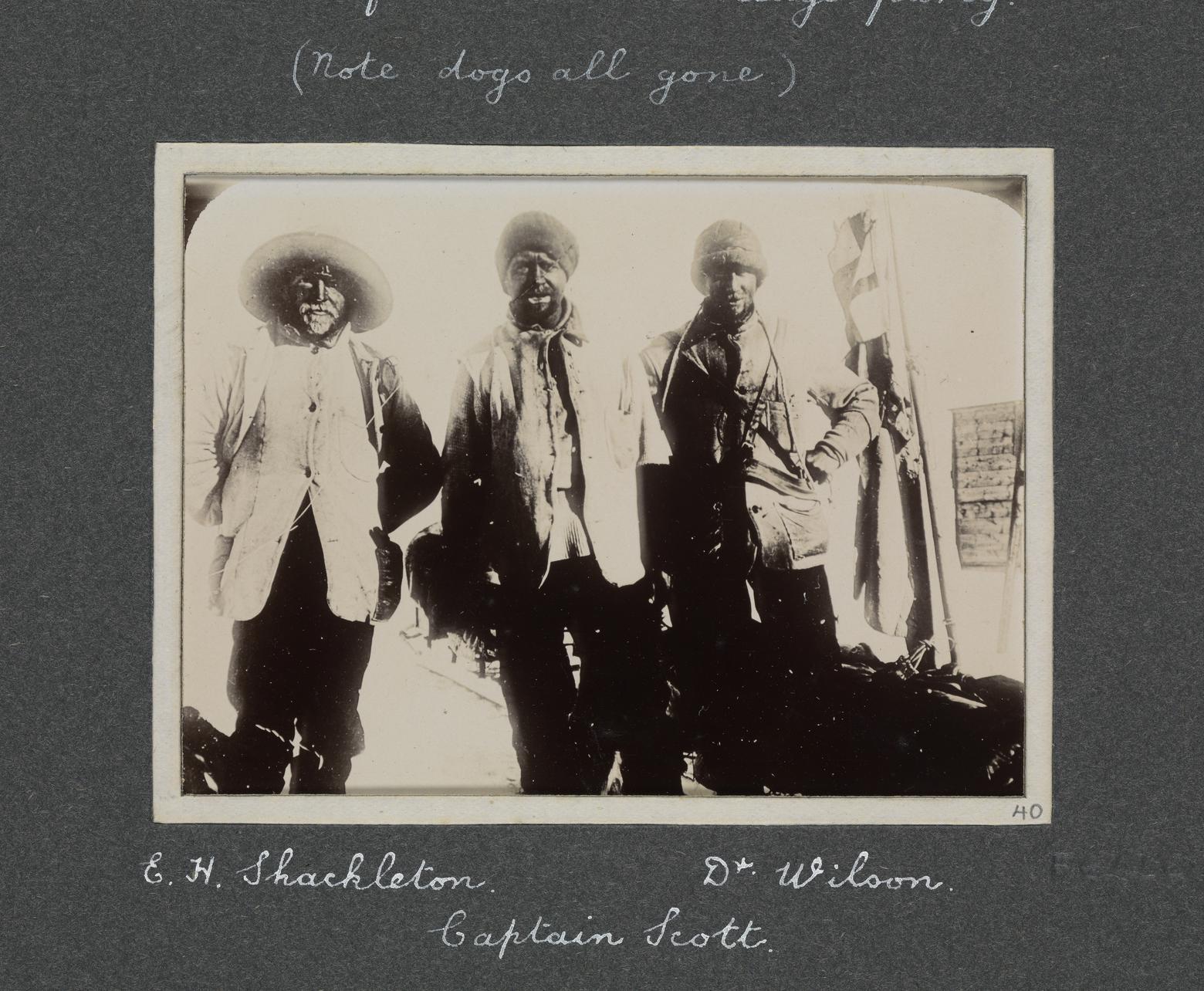 A cloth covered album containing 48 photographic prints relating to the British National Antarctic Expedition between 1901 and 1903 when E. H. Shackleton was sent home. The album is inscribed by Shackleton "With kindest wishes from E. H. Shackleton to the Misses Dawson Lambton in Remembrance of the great share they took in helping the Expedition, June 1905."

According to a caption in the album the Dawson Lambton's subscribed to the balloon that was taken and used. A few photographs illustrate the balloon and the view from it.

There is some element of doubt about the accuracy of some of the captions and images. They may have been compiled in such a way as to provide a narrative, rather than an accurate record as depicted by each image.
Back to Search Results
Buy a print License an image
Share:
Link copied to your clipboard!