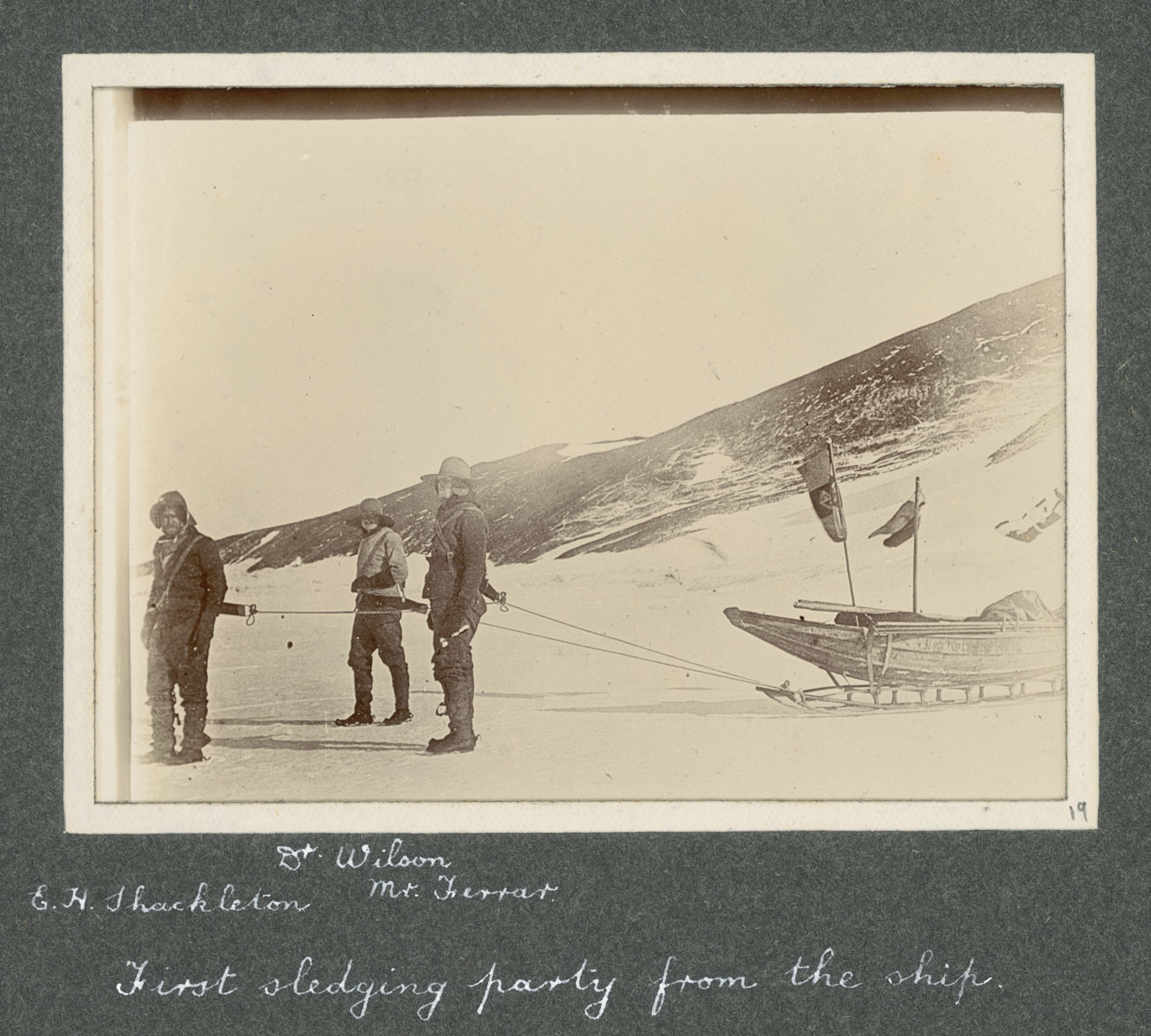 The first sleding party from the ship, led by E H Shackleton

E H Shackleton, Dr Edward Wilson and Mr Hartley Ferrar (the Geologist) in harness to the sledge. The sledge carries their personal flags. The three of them were dressed in Burberry cloth. On the sledge can be seen a Norwegian pram (skiff) in case the ice broke up, and a tent. The load also included furs and 14 days' food. In the background is a slope of hills, with the sweep of snow coming down.

This photograph was published in the Illustrated London News, 4 July 1903.

This was the first official sledging journey of the expedition, led by Shackleton. The three left the Discovery just before midday on the 19th. The aim of the journey was to reach While Island some 18 miles away, which they did at midnight on 20 February.
Back to Search Results
Buy a print License an image
Share:
Link copied to your clipboard!