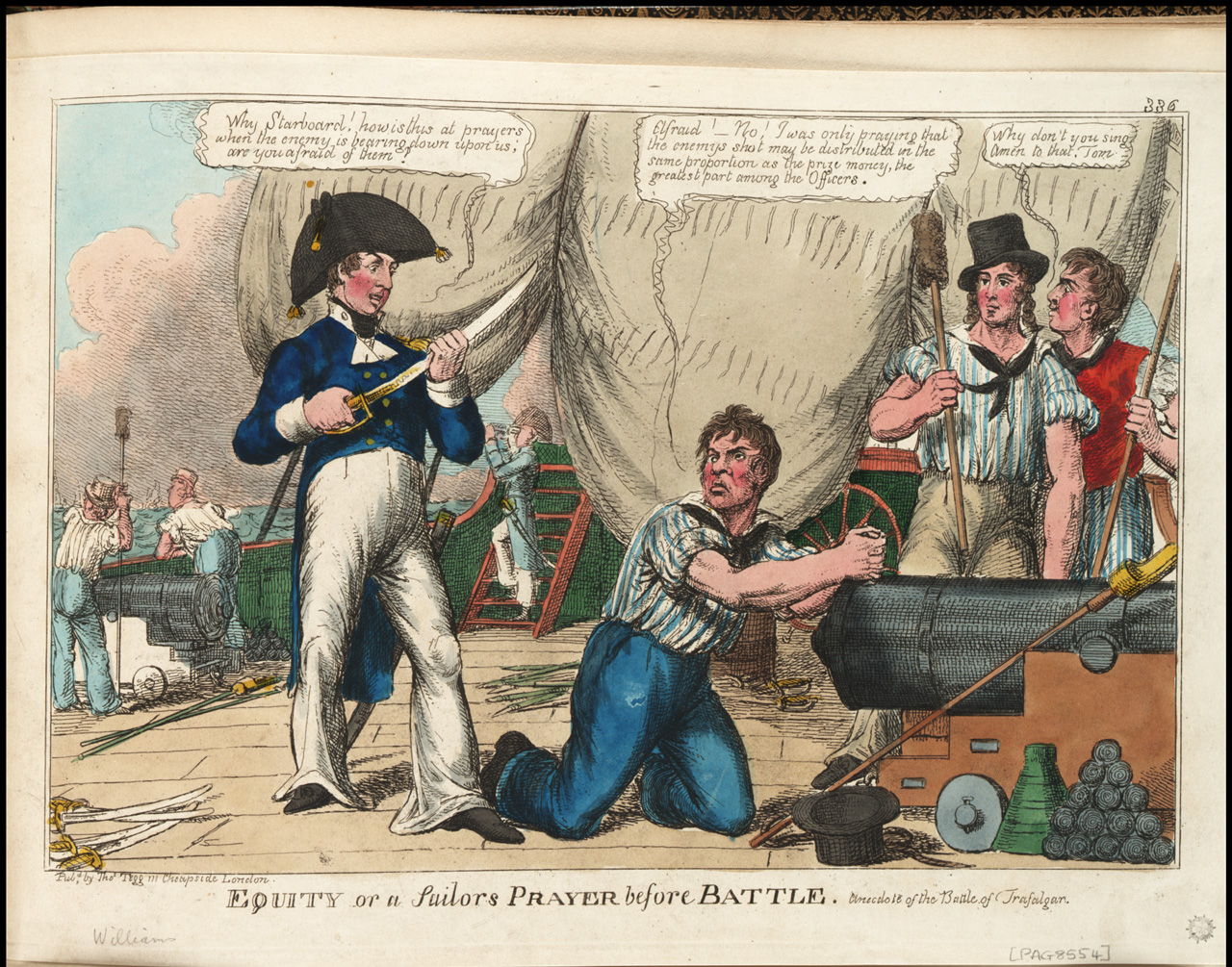 'Equity or a Sailor's Prayer before Battle. Anecdote of the Battle of Trafalgar' (caricature)

A post-Trafalgar satire showing a scene of the deck of a British vessel. It offers an unusually adversarial stance taken from the perspective of the lower-deck sailor. With cannon being prepared, the tar is shown on his knees at prayer. At this, one of the officers remarks ‘Why Starboard! how is this at prayers when the enemy is bearing down upon us; are you afraid of them?’ ‘Starboard’ replies ‘Afraid! – NO! I was only praying that the enemys shot may be distributed in the same proportion as the prize money, the greatest part among the Officers.’

At one level the print characterizes the tar positively, drawing on stereotypical features attributed to him: his lack of religion, fearlessness, independence and quick wit. However, beneath the joke lies a darker point about the rift between the quarter- and lower decks, above all regarding prize money and wages, which goes back to the 1797 mutinies at Spithead and the Nore.
Back to Search Results
Buy a print License an image
Share:
Link copied to your clipboard!