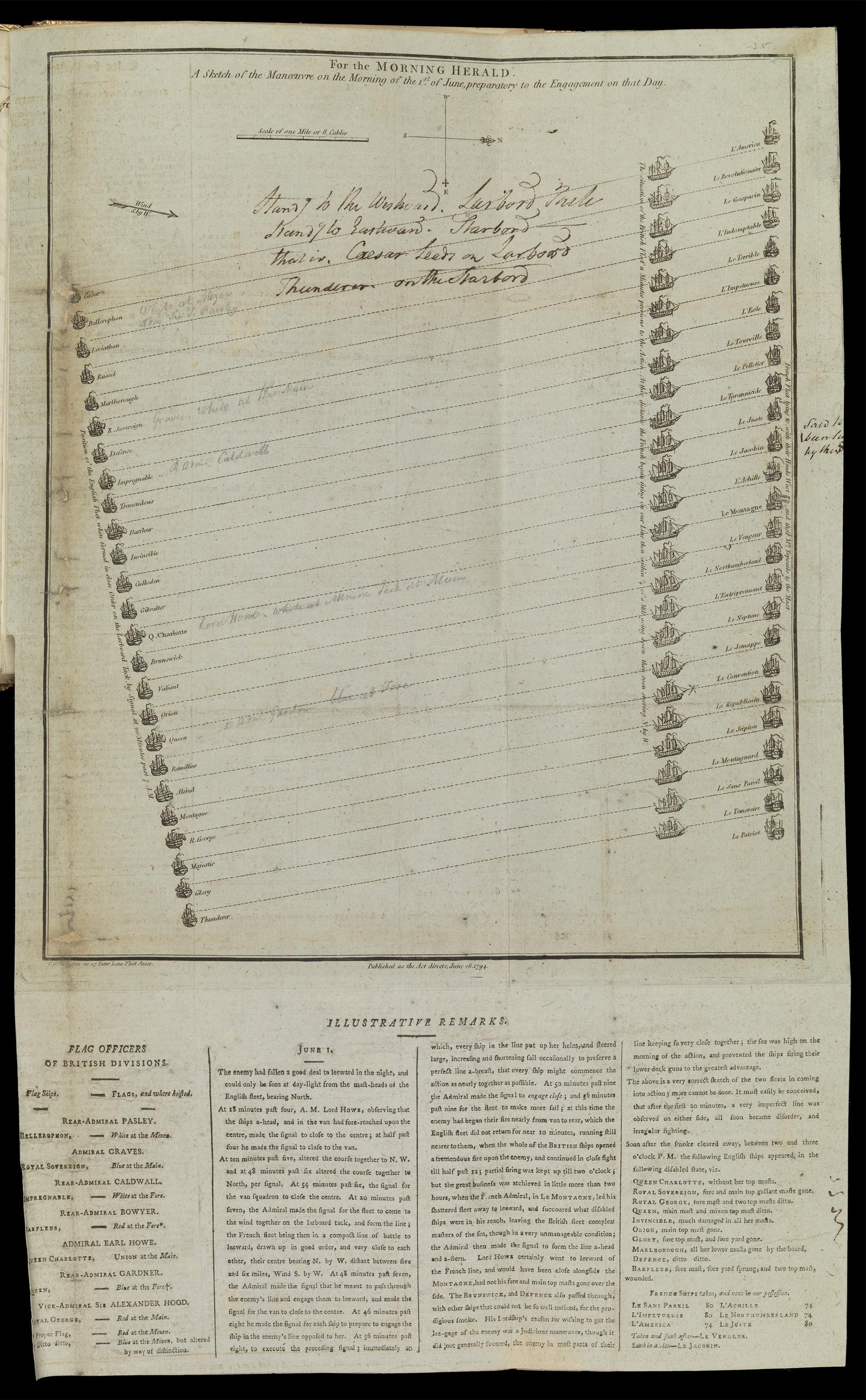 Notes and sketches on board HMS PEGASUS, by Nicholas Pocock at the Battle of the Glorious First of June 1794. Also available on microfilm (SMF/83).

[The battle sketches, reproduced in black and white photos, and transcribed notes relating, also form Appendix 1 in David Cordingly, 'Nicholas Pocock, 1740-1821' (NMM/Conway 1986) pp. 109-16. The provenance of the notebook is covered on pp.69-72. It also contains a letter by Rowland Bevan, second lieutenant of the ‘Brunswick’, giving an account of the battle and another related account by Bevan appears in W.G. Perrin (ed.) ‘Naval Miscellany’(Navy Records Society vol. 63 [1928], pp 155-69. Another bound-in item, with MS annotations in ink and pencil added, is a large engraved schematic foldout plan of the opposed lines of battle on the morning of 1 June printed 'for the Morning Herald' newspaper. Captain Robert Barlow of the ‘Pegasus’ and his signal lieutenant (Seymour) also subsequently provided eyewitness battle plans to Robert Barker for his huge circular panorama of the action shown at the Panorama, Leicester Square in June 1795. Since Pocock does not appear in the ship’s muster book, there is still an element of doubt as to whether he was present despite the existence of JOD/12 (which could have been compiled from accounts by others, though there are no parallels for any other of the major sea battles he painted) and four other apparently eyewitness sketches by him of the action for which there are also no parallels (PAD8696-8697, PAD8703-8704). In short, the artistic evidence strongly suggests he was there but lacks express proof. PvdM updated 5/16].
Back to Search Results
Buy a print License an image
Request this item
Share:
Link copied to your clipboard!